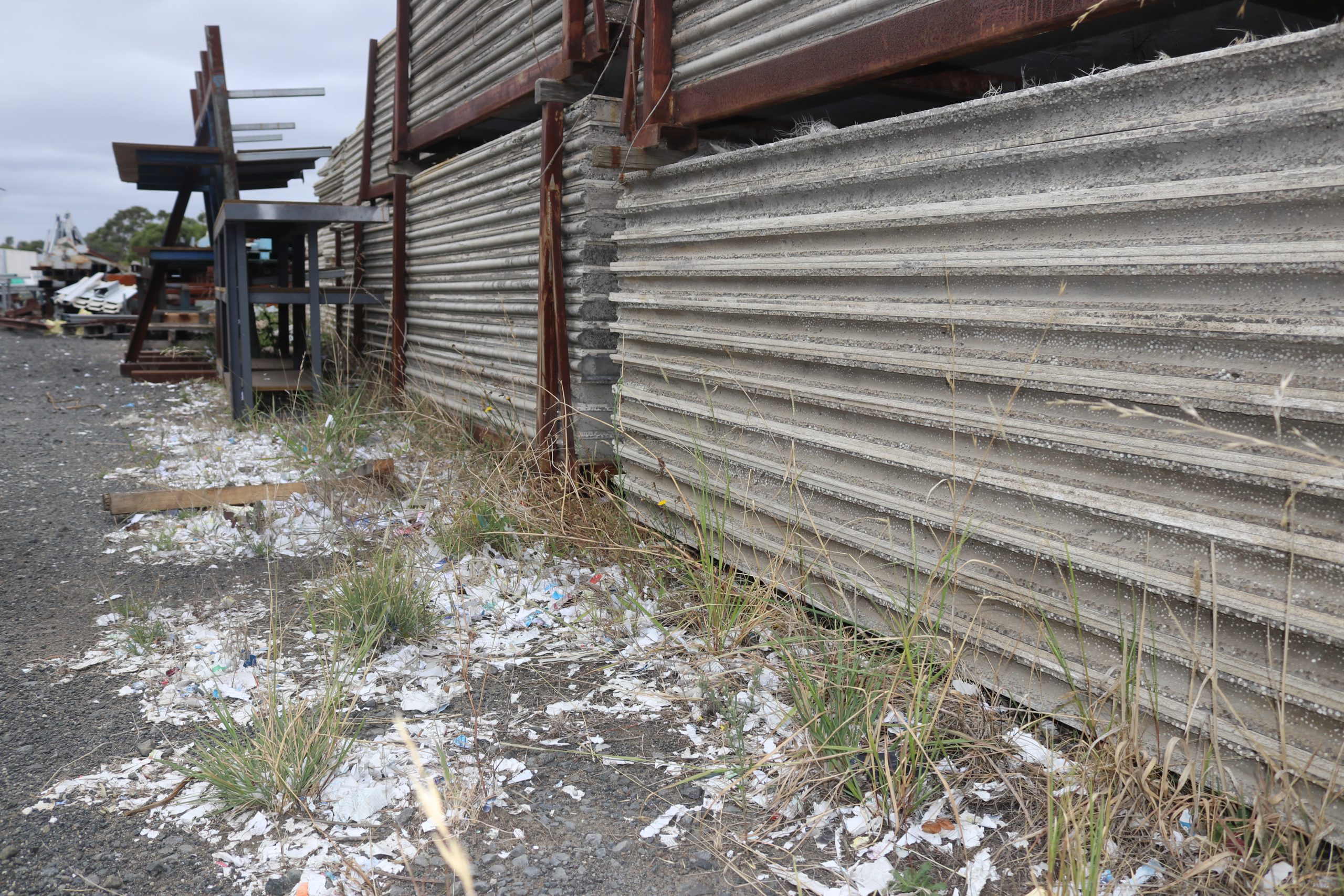 Australian Paper has contracted local warehousing space in Morwell for baled wastepaper which is processed into recycled copy paper at its Maryvale plant.

Factory owner Leigh Murphy is behind one of the three paper stockpile warehouses and said he cops the brunt of the paper that blows out the open door.

“It’s like snow when it gets windy. It is ridiculous laziness they can’t even close the door,” Mr Murphy said. “It goes all over my yards and makes a mess.”

“We have to constantly clean it up. It’s an eyesore. We get professionals coming from Melbourne to view our factory then they see this mess,” he said.

An Australian Paper spokesman said the company was looking into the issue.

“We agree that additional processes are required to ensure the wastepaper is better contained,” he said.

“We appreciate hearing from the local community about this situation and will now work with our contractors and those who have raised concerns to address ongoing wastepaper management and storage procedures at the site.”

Latrobe City Council told The Express that following its on-site meeting with the EPA, officers would discuss the best approach to work towards compliance of storage and a resolution.