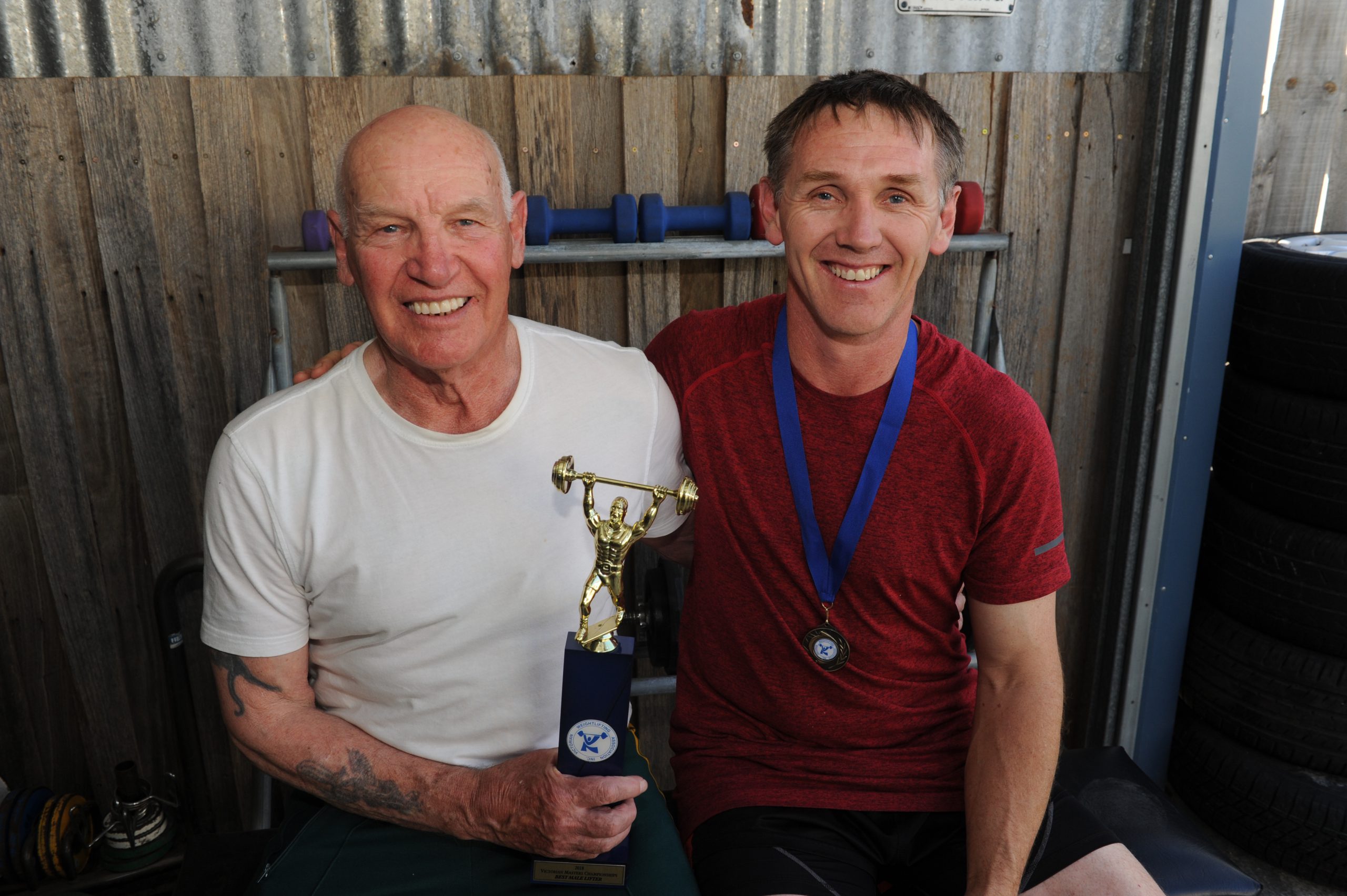 Traralgon’s Chris and David Holt have raised the bar when it comes to self-discipline and fitness.

The uncle-nephew duo train together four times a week in a humble backyard garage and are living proof that effort breeds success.

Chris, 81, and David, 50, rose to the top of their respective divisions to bring home gold at the recent Victorian Masters Weightlifting Championships in Hawthorn.

Chris’ resounding win in the 80-and-over, 77-kilogram class cemented his standing as the top-ranked lifter in Australia.

As a pre-teen, he fell in love with the sport of weightlifting by chance.

“That man was Charles Atlas and he worked with dynamic tension. I just bought a set of weights and went from there.”

With an astonishing 70 years of weightlifting experience under his belt, Chris said the keys to longevity were consistency and self-awareness.

“Sometimes you come to training and your body says ‘go slow’, so you listen. Other times the body will say ‘go flat out’, and you do it.

Nephew David journeyed to Melbourne to watch his uncle compete about 20 years ago and caught the bug.

“It turns out weightlifting was a lot harder than I thought … it’s a lot more work than I anticipated but I thoroughly enjoy it,” David said.

David’s gold-medal win at the Victorian Masters came in the 50-54, 77-kilogram division and sets him up with a berth at the national championships alongside Chris at the end of May.

“I do like the camaraderie of the competition, but I really can’t see myself slowing down,” he said.

“Sometimes I think to myself ‘I’ve had enough of competing’, but then you go to a competition and leave saying ‘I’ll see you guys in eight weeks’, so I just love it.”

After May’s national championships, Chris will fly to China to compete in the Masters World Cup – but knows better than to say it will be his last.

“I was going to retire from heavy lifting at the end of last year, but I’ve never been to China so I thought I might just go for it,” he said.