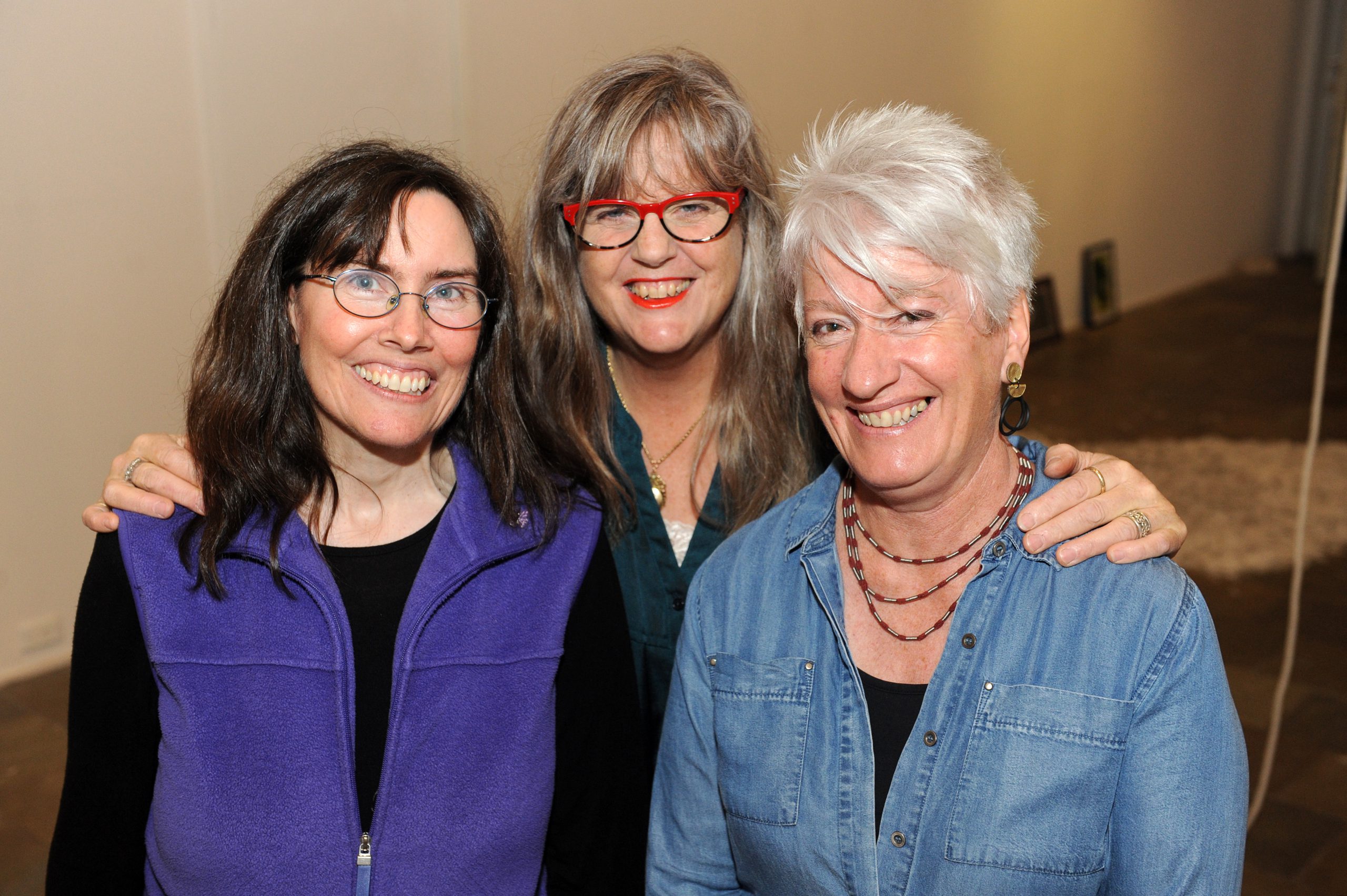 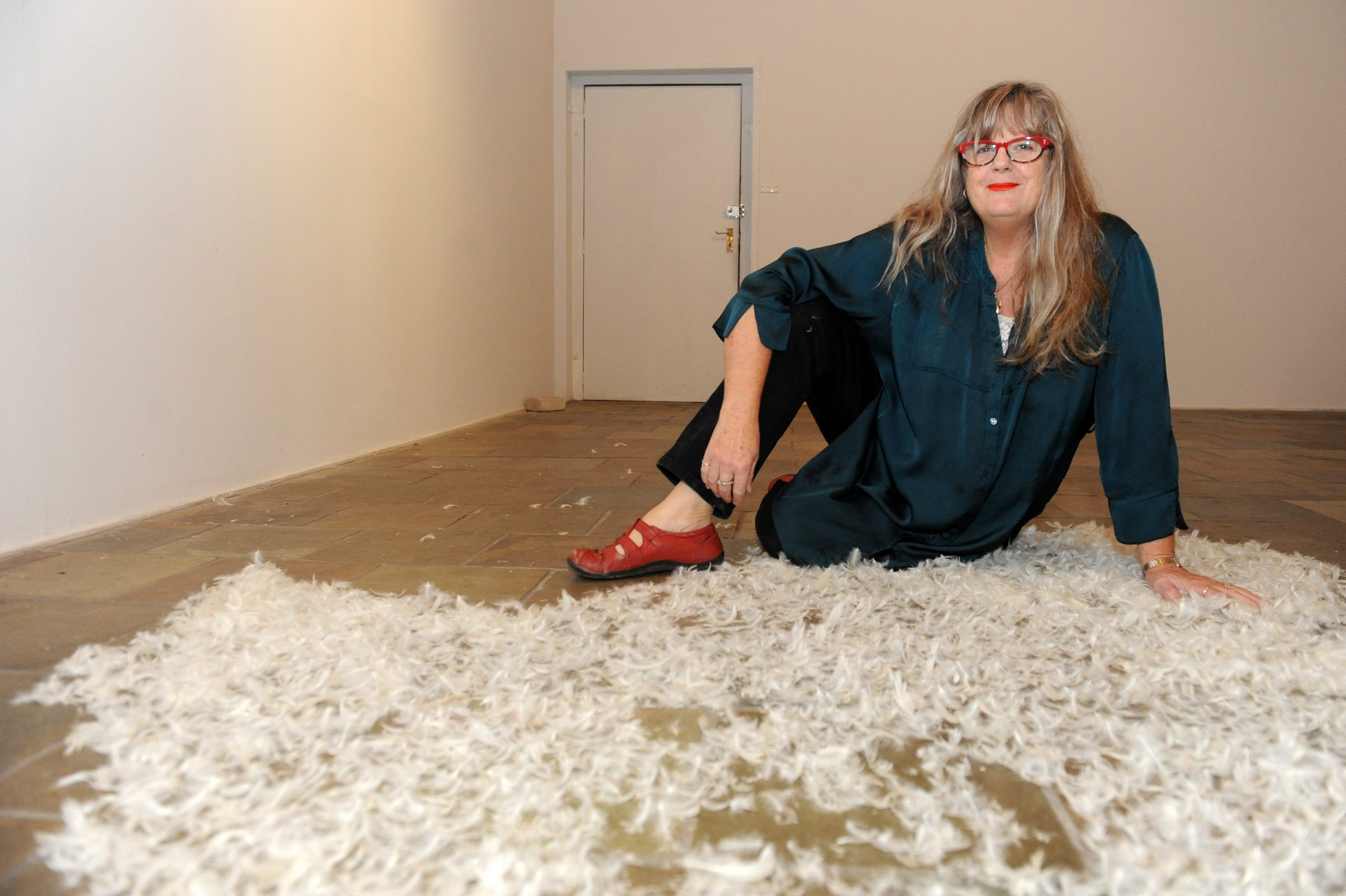 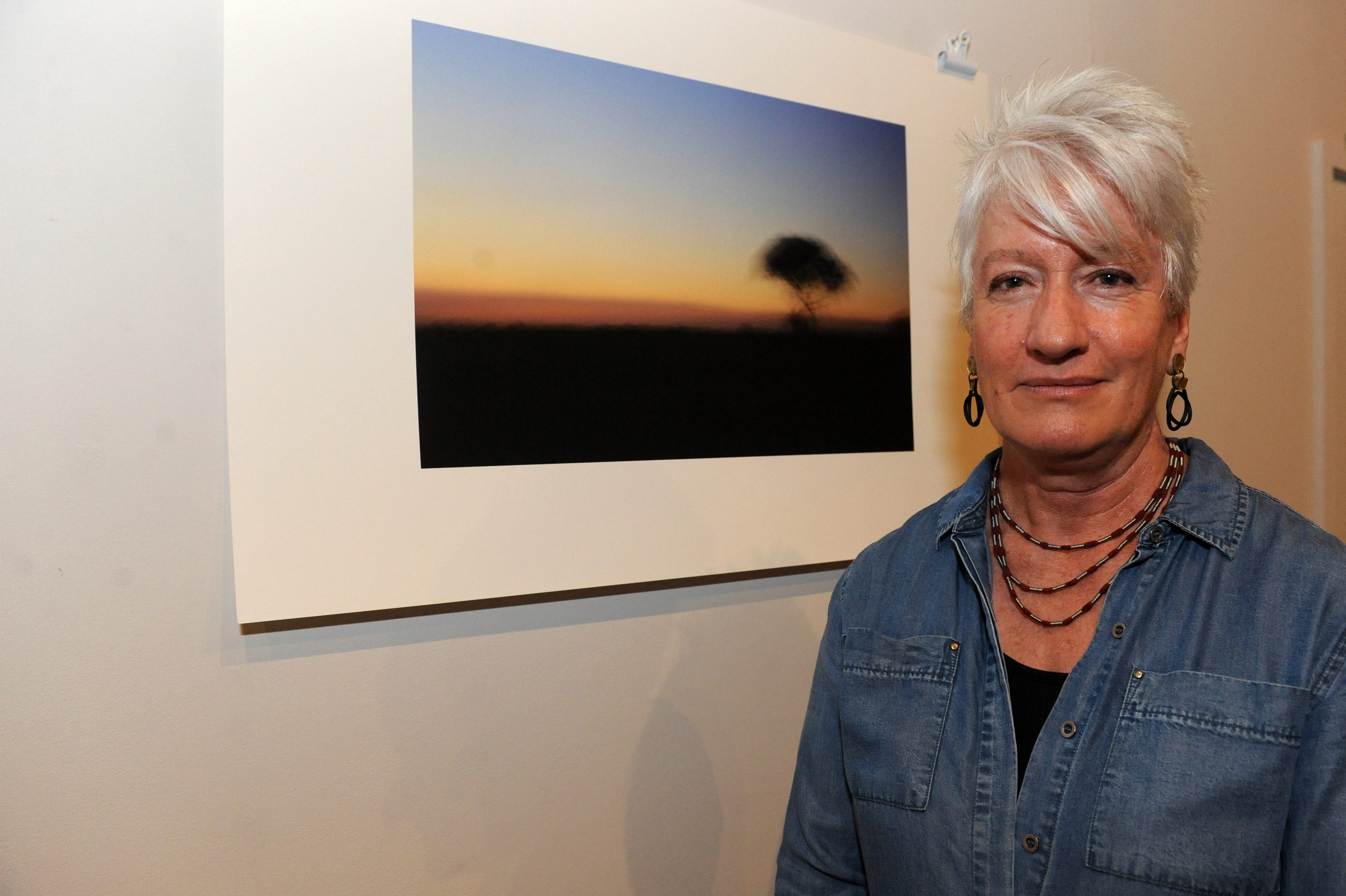 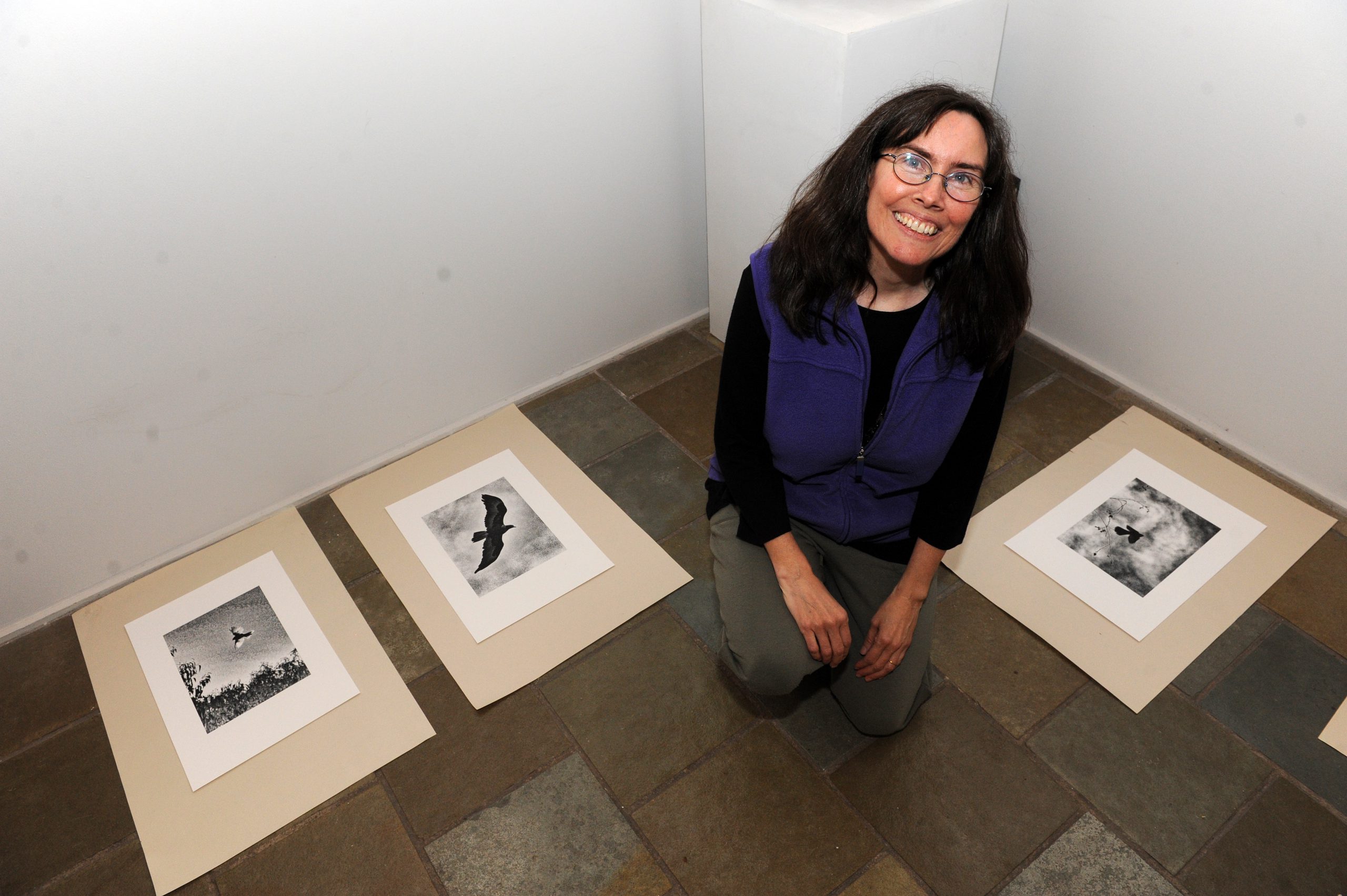 Last year three Latrobe Valley artists agreed on the theme of ‘fly’ for a future exhibition at arc Yinnar.

When they reunited, coincidentally they all had ideas for artworks exploring the times when you can’t even get up.

“My story is … exploring loss. We’re generally all doing that in this exhibition,” Newborough artist Sheena Jones said.

Ms Jones takes a more general lens to the concept of loss in her installation, Down, where soft feathers from a pillow are laid out on the floor of the gallery space.

“It’s about … that part of you that stays in that place because the thing that you lost was part of who you were.”

Boolarra artist Liz Tyler’s series of “fluke” photographs capture a road trip on the flat Newell Highway in NSW – a contrast to the rolling dairy country in Gippsland.

“I was clicking out the window because it was this beautiful big expanse,” Ms Tyler said.

“It got darker and the shadows got longer.”

The black, blurred trees in twilight give an ominous presence.

“When I left it was the first time I’d been away since members of the family had died so I thought, ‘alright I’ll leave that bag of grief in the corner of the bedroom’,” Ms Tyler said.

“It was like that bag of grief had jumped in the back of the ute and it wasn’t going to leave me.”

“The birds in flight, it reminds me of the spirit and just that freedom,” Ms Thomson said.

A series of photographs of swans flying over Jones Bay in Bairnsdale reveal a therapeutic moment for the artist following the passing of her eldest son Daniel.

“A lot of it is really missing him but I do have a strong faith in Jesus and I do believe I will see Daniel again,” she said.

Ms Thomson explores in her work the potential for the computer to reveal what isn’t noticed by the naked eye – some are kaleidoscopes of birds’ wings and others take the appearance of a black-and-white etching or charcoal drawing.

A fantail in her Jeeralang Junction garden “taps into all those feelings of the spirit leaving the body”.

Fly is open until Saturday, May 5 at arc Yinnar.