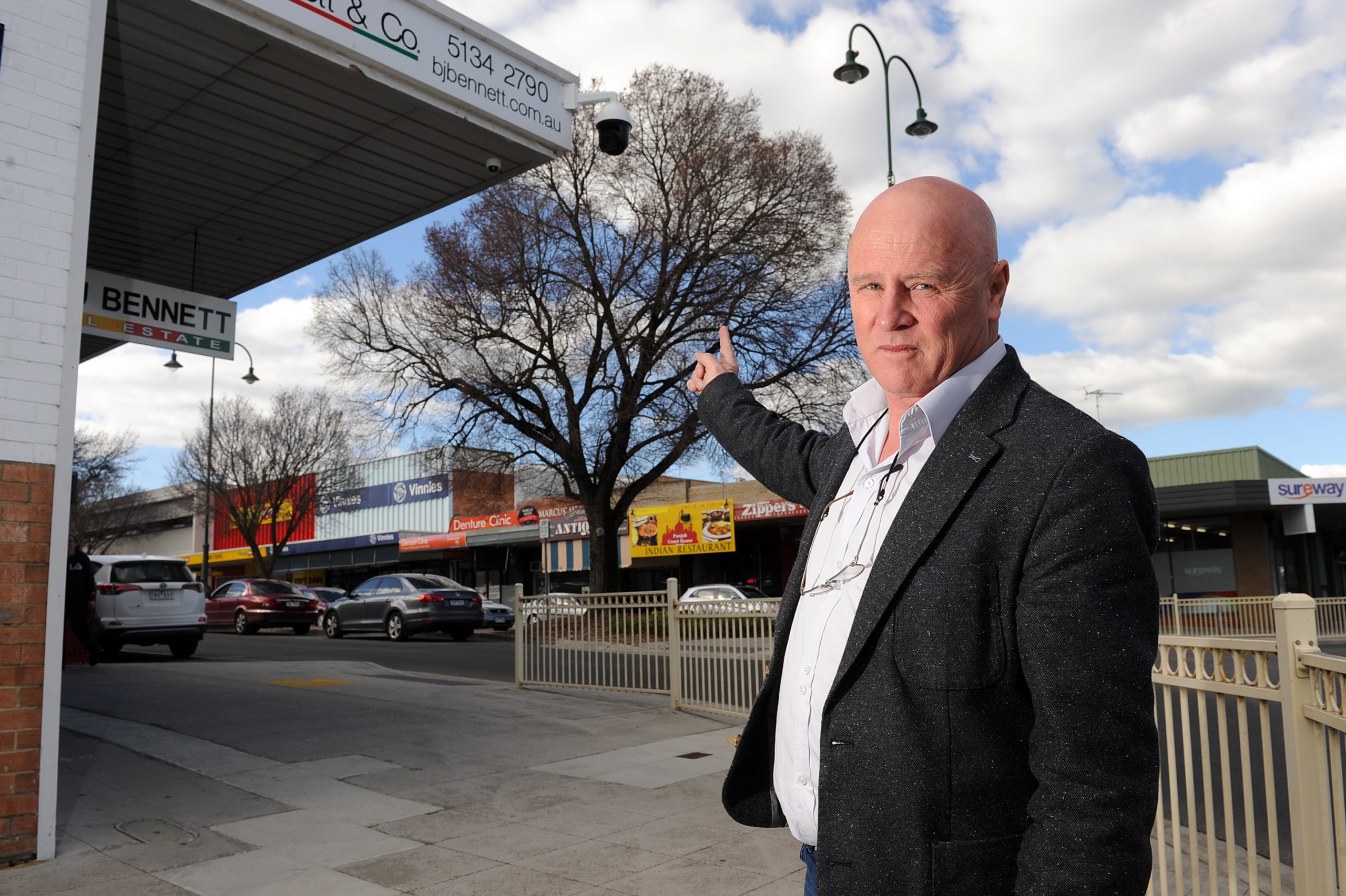 Independent candidate for Morwell Ray Burgess has called on Latrobe City Council to develop a comprehensive CCTV camera plan in an attempt to improve community safety across the region.

Mr Burgess, who owns Morwell Newsagency, welcomed the installation of 19 new cameras in Morwell following a joint funding venture by the state and federal governments, however, says more needs to be done because people “aren’t feeling safe”.

His request follows an incident in his Commercial Road shop where a woman allegedly stole a bottle of soft drink and cigarettes before handing herself into police and being charged as a result of the incident.

“We need a more co-ordinated network and a big plan that we can fund so that at the very least these spaces in our CBDs are being screened for people that are up to no good,” Mr Burgess said.

“At the moment people can do what they like … in my particular case it was a bit more bemusing than frightening but if my wife had been there … and a person had of come in with a knife it could’ve been very scary and threatening.

“It just shows the brazen attitudes that some people have so we need a plan that covers the CBDs and places where people congregate in the city to have the very least CCTV coverage so people can feel safe.”

Mr Burgess said while many premises, including his own, had CCTV infrastructure the “wider community in terms of public spaces” was mainly not covered in bustling areas outside of Morwell.

“I think the council are on the right track but people aren’t feeling safe and if you’re walking around town, I think you’d feel safer knowing there was CCTV watching you,” Mr Burgess said.

“I live nearby and while I don’t feel unsafe, I will walk to work in the morning and I’ll walk quickly to get to work as quick as I can because who knows who’s out and about at that time.”

However, Latrobe City Council general manager community services Sara Rhodes Ward said CCTV cameras were only one facet of a much broader issue.

“The sole reliance on mass coverage by CCTV is unlikely to achieve the lifestyle and liveability our community seek,” Ms Rhodes Ward said.

“Should Victoria Police make further qualified recommendations, based on crime statistics and other data, council would consider that advice in deciding whether to proceed with further funding applications.

“CCTV is just one facet of public safety. Council applies principles of good urban design to its streetscapes and parks, such as maximising passive surveillance and providing well defined routes for people to traverse our community.”

Ms Rhodes Ward said council worked with traders in Morwell to determine the location and placement of cameras prior to their rollout this month.