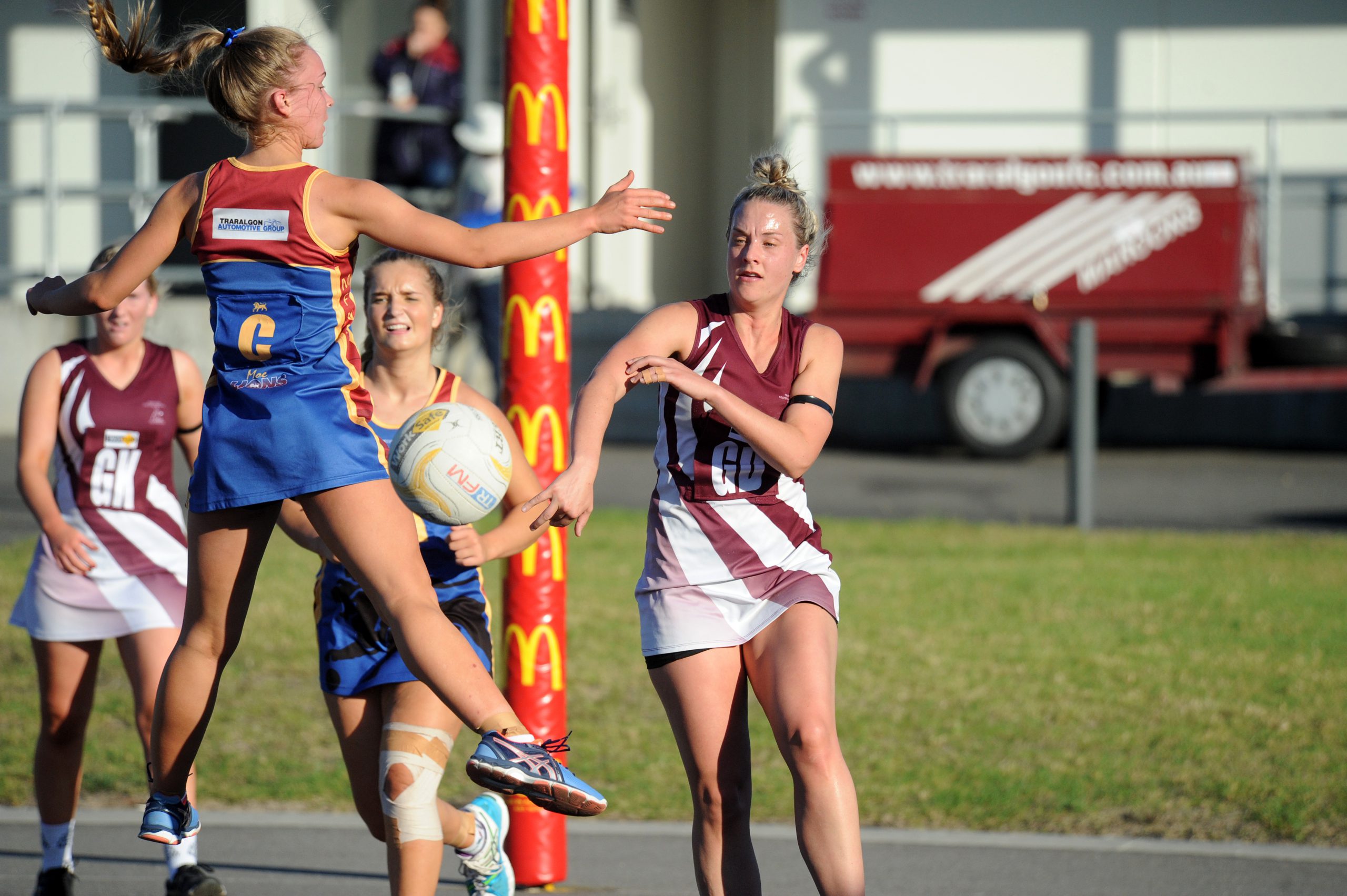 A tantalising match-up and potential grand final preview headlines the first week of finals action in the Gippsland League A grade competition when Moe and Traralgon face off in the qualifier.

What they face this weekend, however, is a Traralgon outfit which has also hit peak form at just the right time.

The Maroons dealt minor premiers Morwell just their third loss for the season and did it by 11 goals.

Coach Caitlan Ponton, while pleased with her side’s win, said the Tigers weren’t at their best.

“We did have a full side in but having said that Morwell didn’t have a full team in,” she said.

The Lions won both encounters during the season – by 10 goals in round seven and three in the round 16 rematch.

“They’re a very good team and they’re solid all the way across the court. We need to focus on things we’ve been practicing at training and it’s going to be very hard,” Ponton said.

Moody said his side’s last performance against Traralgon had “given them a bit of resolve and they’re confident they can handle everything thrown at them”.

“The girls played quite well against Warragul and it was a fairly physical game but they were able to shake it off and it didn’t rattle them,” Moody said of the Lions’ 38-goal win over Maffra.

Captain Samantha Waters missed with a sprained ankle, as did centre Charlize Bird with a dislocated shoulder – making Moe’s win all the more impressive.

Waters will come back into the side for this weekend’s qualifying final but Bird will miss, as will gun goaler Bella Hodgson whose spot will be filled by a B grade player.

“We’ll do our best to mix things up a bit and see what happens. We’ll have a bit more of a moving goal circle so it should be interesting,” Moody said.

“The girls are really looking forward to it. We’ll just give it our best shot and see what happens.”

The qualifying final will be played on Saturday at Western Park, Warragul from 2pm.

Drouin and Warragul will face off for a spot in the next stage of the 2018 finals series this weekend in the do-or-die elimination final.

Both sides head into the clash on the back of impressive wins in round 18 – Warragul fended off Bairnsdale by 14 goals and Drouin got the better of Wonthaggi, 69-53.

The Gulls have the wood over Drouin and secured wins in both of their clashes this season.

They took the round four game by 15 goals, but the round 13 rematch was a much closer affair and Drouin came within four goals at the final whistle.

The elimination final will be played on Sunday at Morwell Recreation Reserve from 2pm.