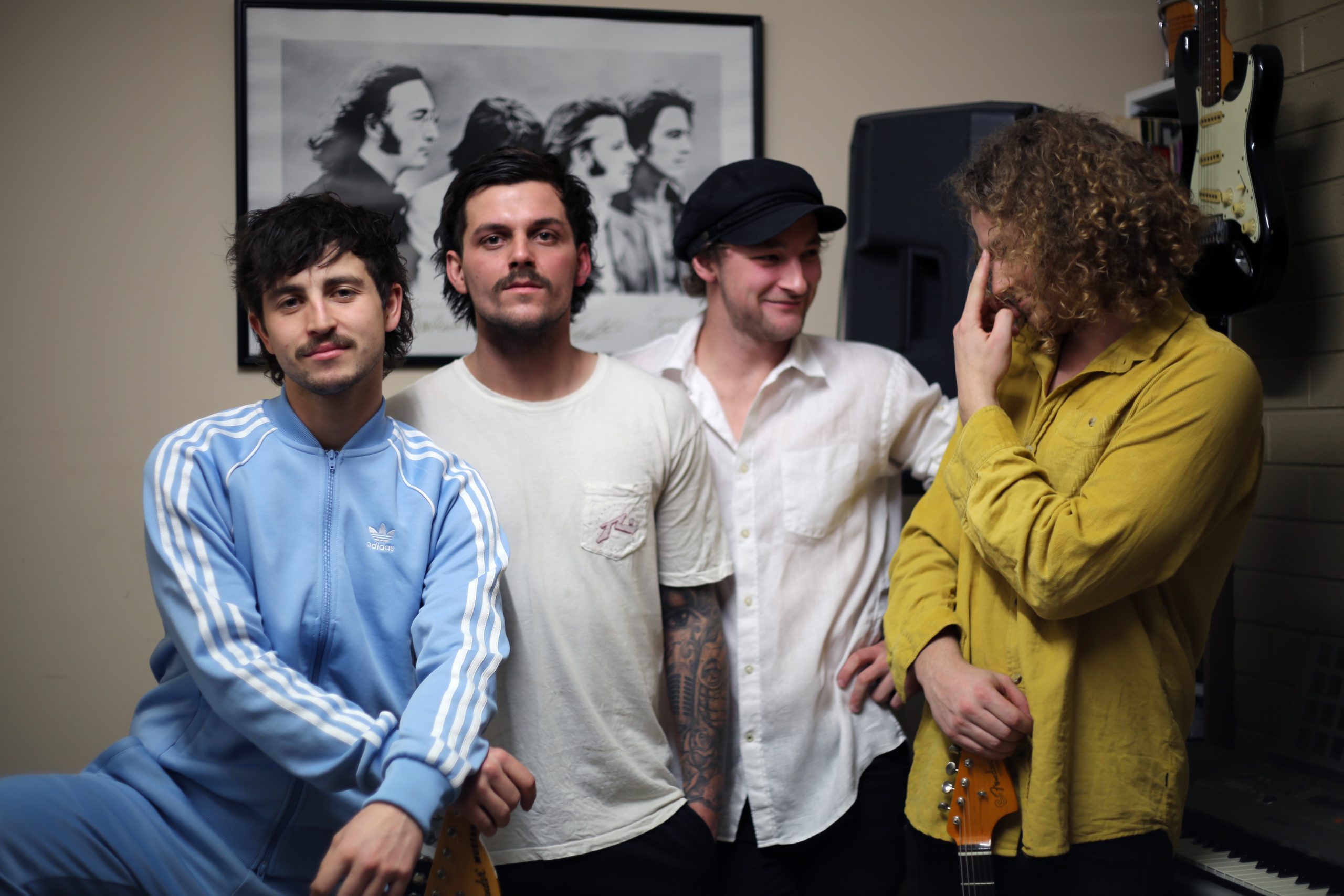 When Traralgon-based four-piece band The Paddy Cakes took a punt sending out demo tracks to their dream list of Australian producers, they had a 100 per cent response rate.

Naturally, they pursued “the best in the biz”.

Front man Dalton Tripodi, a power station boilermaker, said he was bringing back the “old-school indie” sound of the early 2000s.

The guitar-heavy pop rock is a release from the working week for the four members who all work in various trades.

“There’s no better feeling than playing and being on stage I reckon. I think we all feel that as well so I think we all just want to play to as much people as we can,” Tripodi said.

The band has only been around just over a year, and list their biggest live appearance as South Gippsland festival NYE On The Hill and have sights set on touring “as far as you can” go. And recording is the route to reaching bigger audiences.

All four members contribute to songwriting, yet for Tripodi it’s a process where he collects bits and pieces for a song, often with inspiration flowing in a pub on a Saturday night.

Next step, the ideas are beaten out in a soundproofed room off a garage in Traralgon and fragments eventually become a song.

The band’s work with Dylan Adams is their first taste of recording which replicates the live sound they are after.

“We have four songs out at the moment but we rushed every single time we did it and didn’t really have a manager or someone to help us do it,” Tripodi said.

“They’re alright songs but … you reap the rewards if you do it right. So this time we’re going to take our time, get a manager, get a publicist and make sure it’s all sorted for our EP and do a tour.”

An EP is expected later this year, and a string of tour dates will follow.