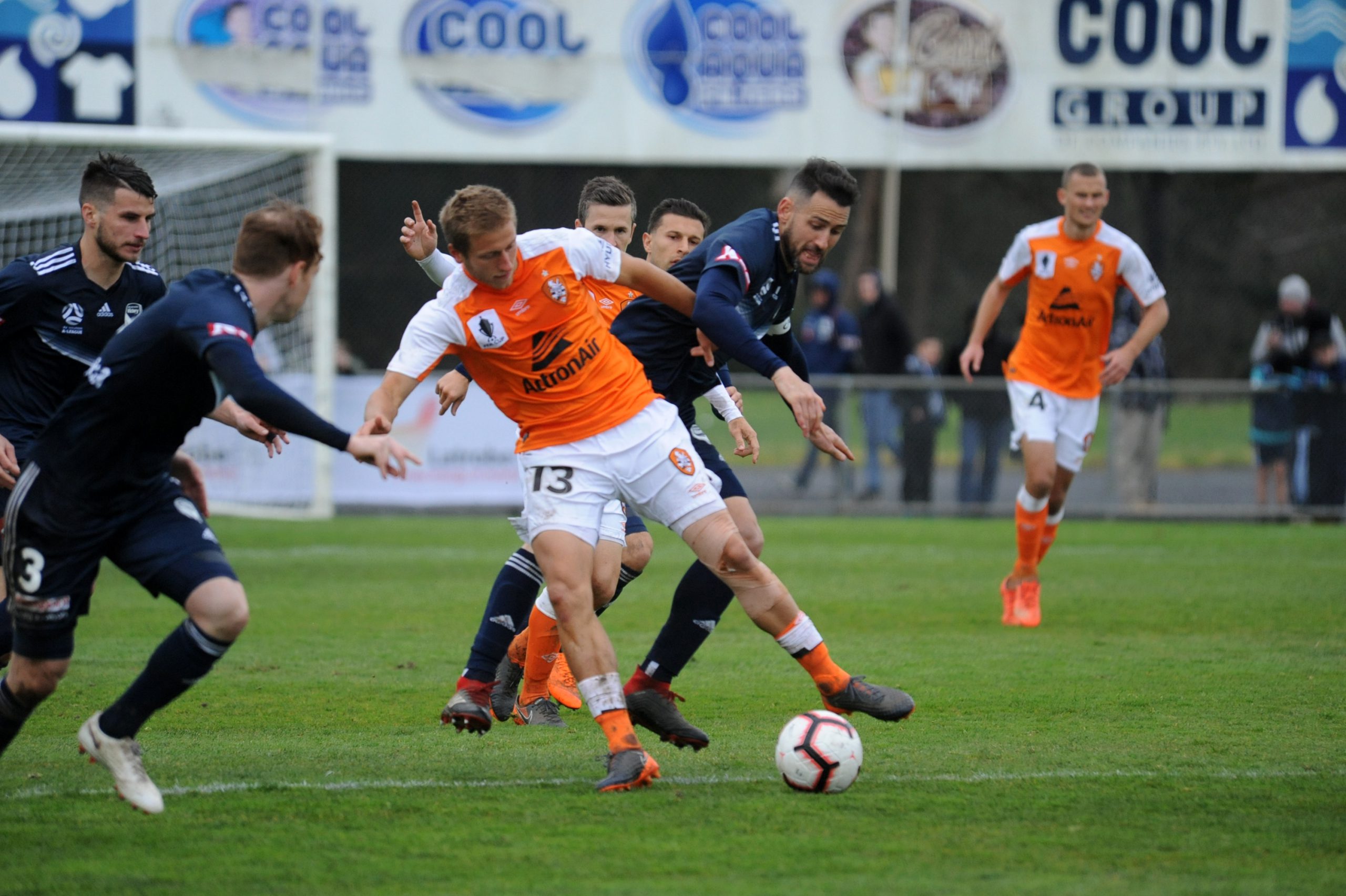 Soccer fans flocked to Latrobe City Sports and Entertainment Stadium on Saturday to witness a fiery 1-1 draw between Melbourne Victory and Brisbane Roar in a pre-season clash.

It was a tough slog for both sides in wet and wintry conditions as Victory veteran Leigh Broxham put his side up in the 20th minute.

It took the visitors just two minutes to respond through Adam Taggart, who had chances to put Brisbane in the lead before half-time.

“It was one of those [where] the conditions weren’t great, the pitch was pretty heavy because of the rain, but other than that I thought it was a worthwhile hit-out for the boys in terms of building on fitness,” Muscat said.

“From a fitness perspective we were really pleased because I thought in the last 15 to 20 minutes I thought our level of fitness was very good and it was evident in the game.”

Japanese recruit Keisuke Honda was missing for Victory but Muscat was pleased to get some run into the legs of fellow international signing Georg Niedermeier.

“We were hoping to get a little bit more out of him … but with the pitch be so heavy because of the rain we erred on the side of caution with [him], but it was nice to see him get his first few minutes.”

“A lot of players obviously weren’t available today, so considering that we tried quite a few different things with our structure and for the main I was pretty pleased,” he said.

Muscat said the side’s preparations for title defence were reaching a crescendo ahead of their season kick-off with arch-rivals Melbourne City on October 20 and thanked the Latrobe Valley hosting the friendly.

“We’re really grateful for what Morwell and everybody down here has done for us inviting us down here and we would have liked to put in a better performance but all in all, I think it was a really competitive game,” he said.