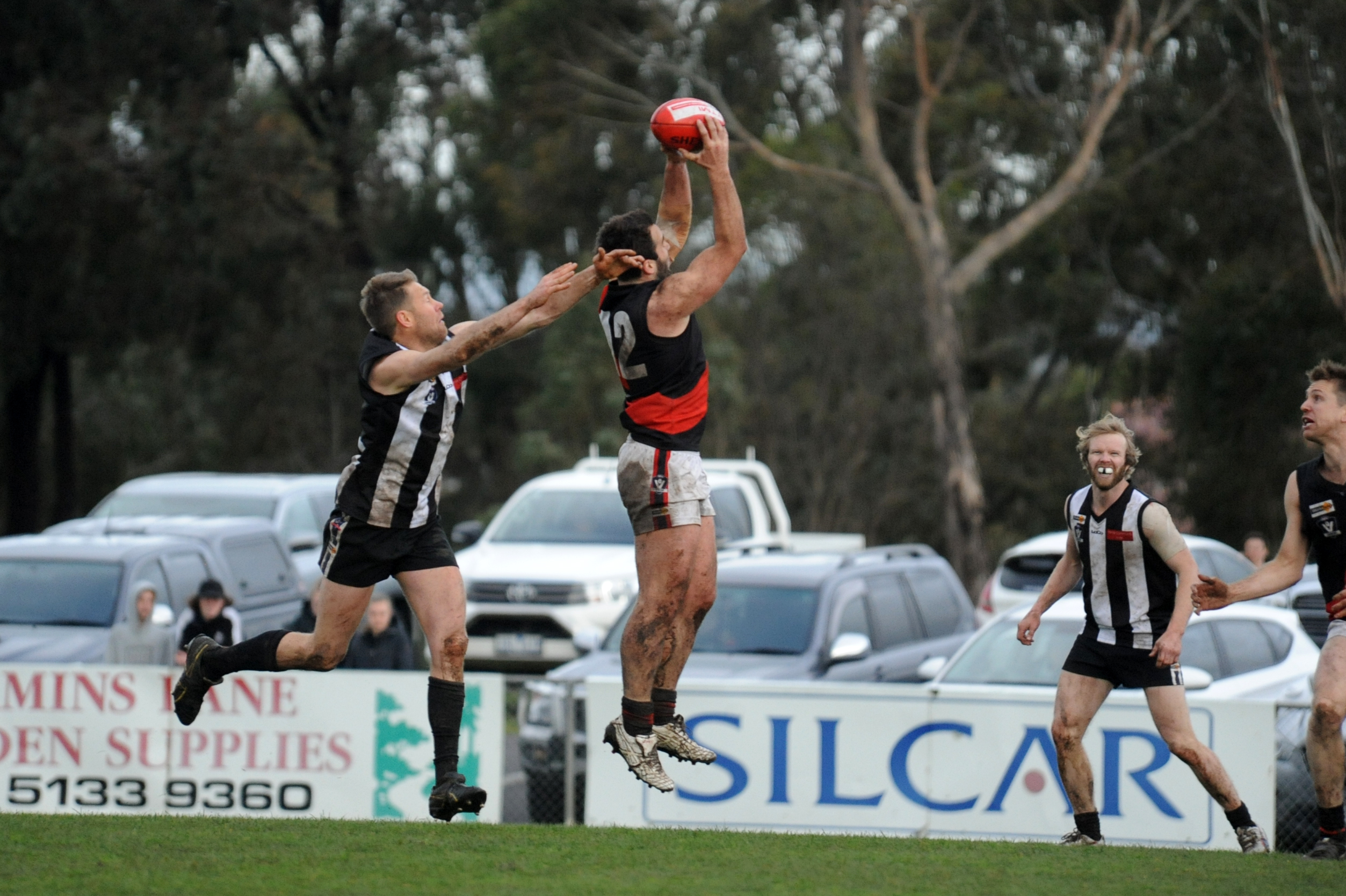 It was far from pretty, but Yinnar won their way through to the Mid Gippsland League grand final with a three-point victory over Yallourn-Yallourn North on Saturday, 8.4 (52) to 6.13 (49).

The Magpies might have been marginal favourites given they were successful against the Bombers by 17 points just a fortnight ago in the qualifying final, but since that time Yinnar had lost a match and lost some playmakers to injury.

Kicking with the assistance of a strong breeze, the Bombers needed to put some space between themselves and the Magpies by quarter-time, but intensity around the ball was high and physical pressure surrounded every contest.

The Bombers went forward without time to lower the eyes and find a target and were continually forced to blaze away long to a forward 50 that was being commanded by Yinnar coach Jaimie Aitken.

Despite having the toughest job in football, Aitken covered league leading goalkicker Dean MacDonald and showed composure to find targets when the Magpies went forward.

Neither team scored a goal until the 24-minute mark of the first quarter when Bomber Jack Casson finally found a way through for the only major of the quarter.

At the start of the second term Keenan Hughes got his side’s second goal inside a minute, before Yinnar started to come with a rush with the breeze.

The Magpies added the next six goals and Sam McCulloch and Damian Yates grabbed two each as the preliminary final favourites put together what appeared to be a match-winning lead.

At the start of the second half the Bombers went long to a forward line that had been clogged up with extra players by Yinnar to counter the strong wind.

Yinnar didn’t score at all in the third quarter, buy managed to make it tough for Yallourn-Yallourn North.

By three-quarter-time the Magpies were eight points up and had the aid of just a slight breeze heading into the last.

The Bombers did all the attacking for the first 10 minutes of the final term and were starting to find space.

At long last MacDonald was starting to find the ball but only scored behinds.

At the 20-minute mark, Yinnar goaled to stretch the lead out to 10 points and the Bombers could have been forgiven for giving up.

Yallourn-Yallourn North came back to within four points before the Magpies responded.

The sides then went goal for goal until almost the final play of the day when Dean MacDonald – who had not goaled for the first time this year – snapped around the body with his side four points down, but a desperate Magpies defence dived and forced a rushed behind before the siren sounded.

It was a Yinnar win in dramatic circumstances, watched by Trafalgar coach Clint Einsiedel, who would be under no illusions as to how tough his side’s job will be when they take on the Magpies in the 2018 grand final this weekend.