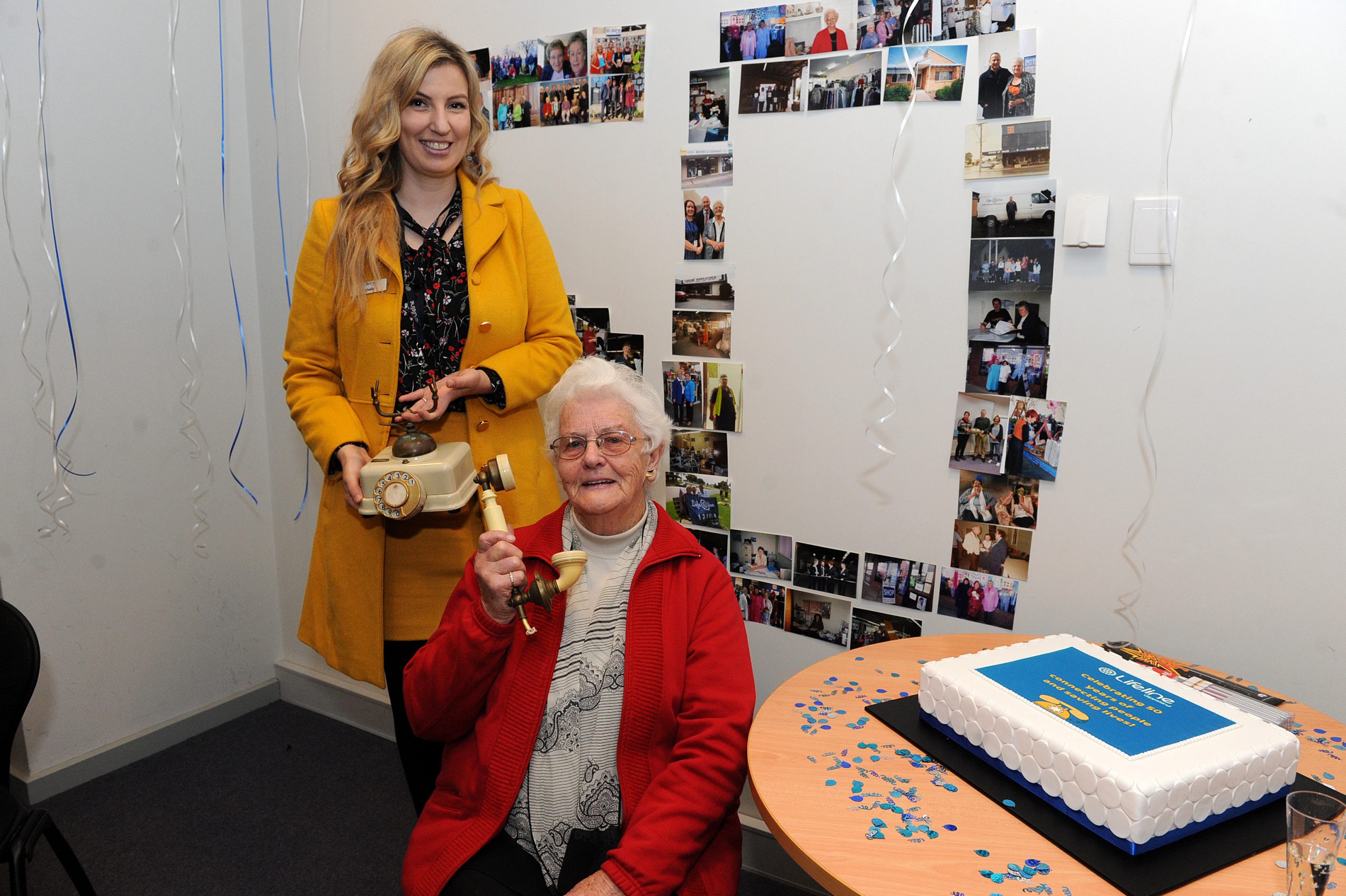 The very first person to take a call on the Gippsland Lifeline crisis line, Marg Hinson, said her first shift on the telephones was full of people calling to wish her well in her work.

“Sitting there waiting for the first call was very nerve-wracking, I can tell you,” Ms Hinson said, speaking to a crowd at Lifeline Gippsland’s 50th anniversary celebrations.

“It was all so new. Even though we had so much training, it doesn’t prepare you completely for what that first call is.

“But most of them were good wishes from around Gippsland, wishing Lifeline all the best.”

The organisation celebrated 50 years in Gippsland last week and was the second crisis support line to be established in Australia, following the establishment of the original Lifeline in Sydney.

Ms Hinson said volunteering with Lifeline was a “wonderful” experience.

“I’ve been doing the business of answering calls for 46 years,” she said.

“I’m not computer literate, so when Lifeline took all that on … it was too much, I withdrew from the phones.

“But it was a wonderful experience. Everyone is so good at what they are doing because they are dedicated to the whole thing.”

“We do sometimes have the funny ones … ‘I lost my cat. Do you know where I could find my cat?'” she said.

“But apart from doing the phones, I was very happy to work in the Traralgon shop. We’ve had some wonderful staff there over the years.”

Lifeline Gippsland chief executive Michelle Possingham said the celebrations were about paying tribute “to the ones who came before and the legacy they leave behind, and also look to the next 50 years”.

“We plan to bury a time capsule. We’re going to put in lots of important documents and photos and things that are important to us now, and people who hold Lifeline as close to themselves as we do will open it up and look back and think and know what it was like at this moment in time.

In a statement, Minister for Mental Health Martin Foley said “Over the last four years, the Andrews Labor Government has increased funding for mental health and alcohol and other drug services by 181% on the investment over the previous four years.”

“This brings total spending to $1.713 billion over the past four years – compared with $609 million over four years by the previous government,” the statement read.