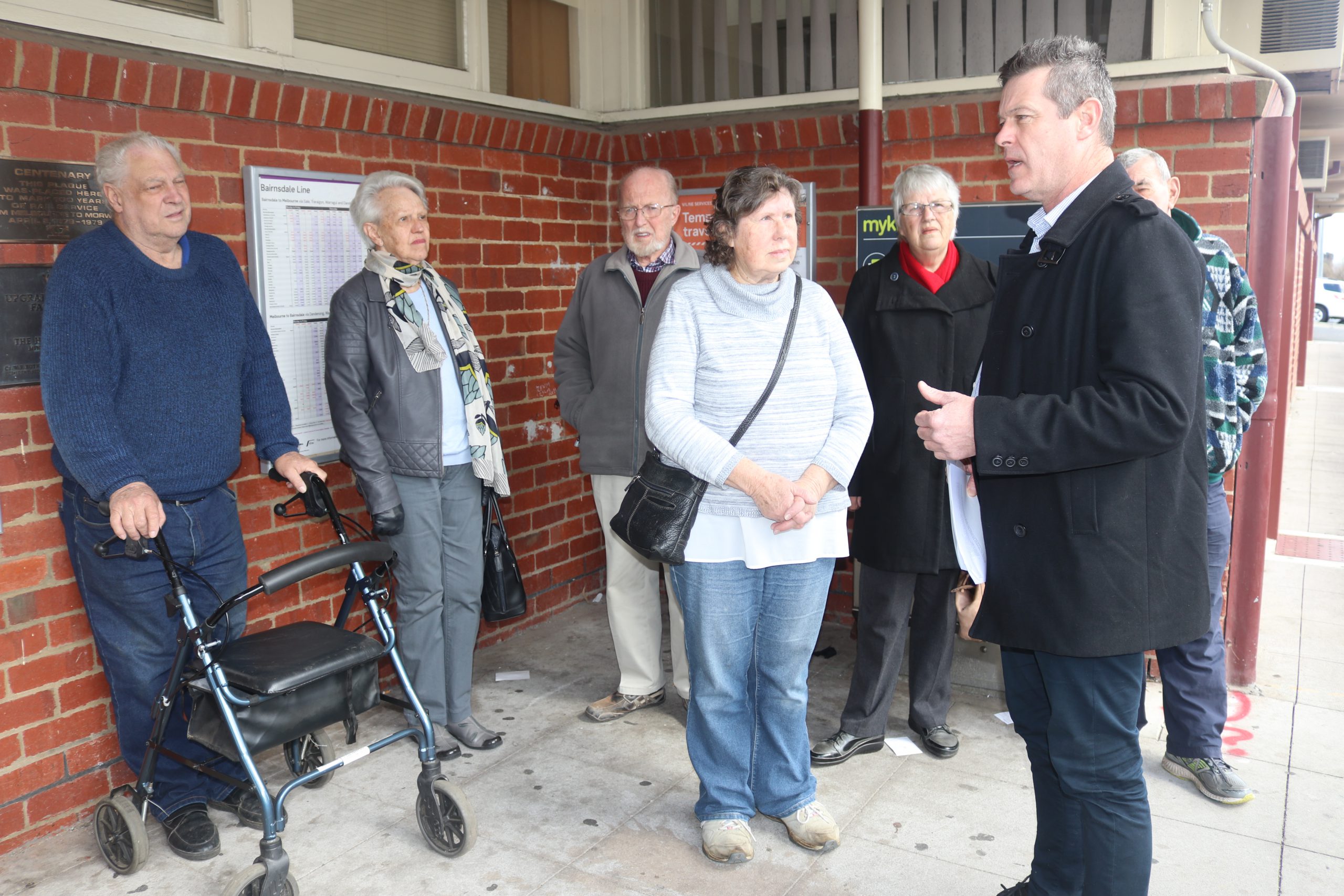 Member for Morwell Russell Northe is pushing for Latrobe Valley senior citizens to get the same concessions as their fellow metropolitan public transport users.

Mr Northe is calling on the state government to let eligible seniors travel for free on the local public transport network on weekends, like their city counterparts.

He also wants their daily fares capped to $4.30, in parity with metro senior Myki card holders, and to double the amount of free travel vouchers for seniors up to eight a year.

Mr Northe made the policy announcement locally at the Morwell train station on Friday, and had also raised the issue with Public Transport Minister Jacinta Allan in State Parliament last month.

Seniors living in other major regional centres such as Bendigo, Ballarat, Geelong, Mildura and Warrnambool can travel for free on their local networks on weekends.

“Yet seniors in the Latrobe Valley don’t have the same privilege. They are significantly disadvantaged,” Mr Northe said.

“Latrobe Valley seniors using public transport are being forced to pay more to use services in comparison to our city counterparts and in some regional centres. This is unfair and unequitable.”

Mr Northe cited other problems affecting the Gippsland line, including delays, cancellations and train replacements, but seniors still had to pay more for these services.

“The current criteria means that a senior residing in Pakenham can travel for free to Melbourne and return on the weekend,” he said.

“But a senior living in the Latrobe Valley can’t even get from Traralgon to Moe just because of the zoning structure.”

Morwell seniors Myki card holder Lorraine Bull backed Mr Northe’s proposals and said there were many seniors in the Latrobe Valley who relied on public transport.

“A lot of seniors are not able to drive, and they are nervous about driving into the city, worried about parking and the cost of parking,” Ms Bull said.

“Around the local area people rely on buses as well.”

The state government was preparing a response when The Express went to print.