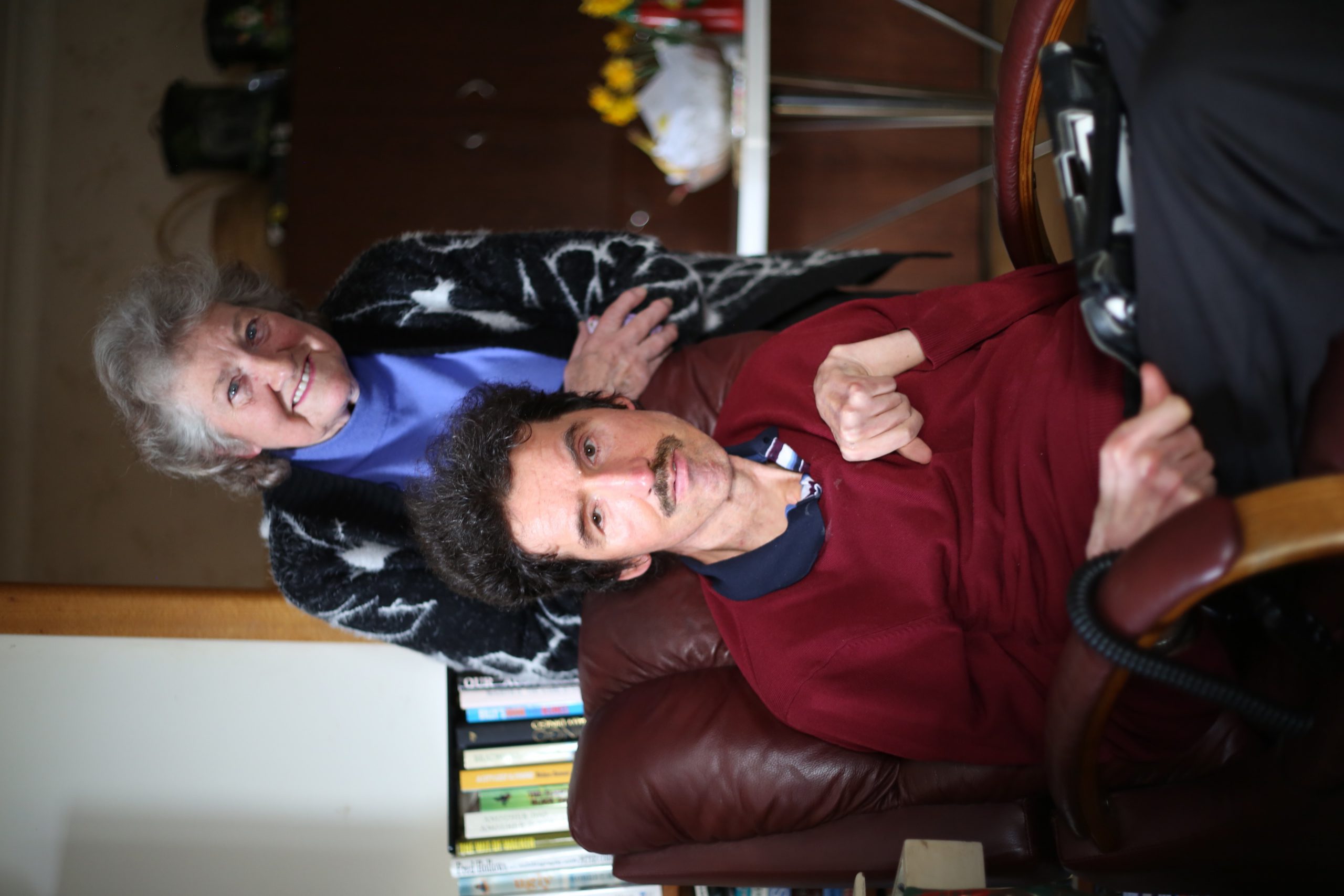 A National Disability Insurance Scheme plan has not only helped a Yarragon man live a busy life again, but has likewise lifted pressure and guilt from his mother who was previously primary carer for the man and his father.

Now in his early 50s, Michael drove a car until about 10 years ago, but it now sits under the carport at the Yarragon house since his condition deteriorated.

“My strength is down,” Michael said, using a speech-generating device.

Michael requires a wheelchair for most of his mobility.

Before the rollout of the NDIS in the region, he received some support through a supporting older carers package. He now has a support worker visit four to five days a week through NDIS service provider Headway Gippsland.

“It’s great because now I can get around the community,” Michael said.

His mother said now all she had to do was “keep the place a little bit tidier”.

“I was sort of feeling as if I wasn’t doing enough for him,” Jeanette said.

“But I didn’t have the energy because I’ve got arthritis in my ankles and I just couldn’t walk far but all this is very good.”

Headway Gippsland arrange Michael’s support workers who help him around the house and take him out to church and op shops where he likes to buy books and DVDs.

“He’s got a busy life now where before he only had the one day a week,” Jeanette said.

“That’s really been good … because we’re getting to the stage because I’m a carer for Ian [her husband] too and I just didn’t have the time to take him out everywhere.”

The family is still in need of a ramp at the rear of their home where the current solution is an old caravan step off the veranda.

Ambulance visits have become more regular with Michael’s chest problems and susceptibility to pneumonia and the lack of a ramp has become a health and safety problem.

Ian said the first ambulance visit was on a “terribly” wet day and when the paramedics wheeled Michael to the edge of the veranda they had to “more or less manhandle” the gurney, a wheeled stretcher, from there to stable ground.

The ramp was part of Michael’s plan approved in December but is not a reality yet, as home modifications must pass a secondary approval stage by NDIA.

“This ramp access will not only benefit in the event of emergency it will actually benefit Michael in the long term of becoming a bit more independent where he will be able to access the garden and enter and exit his home in the wheelchair,” Ms Ardolli said.

In the meantime, Michael said he was “getting better and stronger” and since getting out into the community more is hoping a support worker could take him to the gym to improve his strength even further.