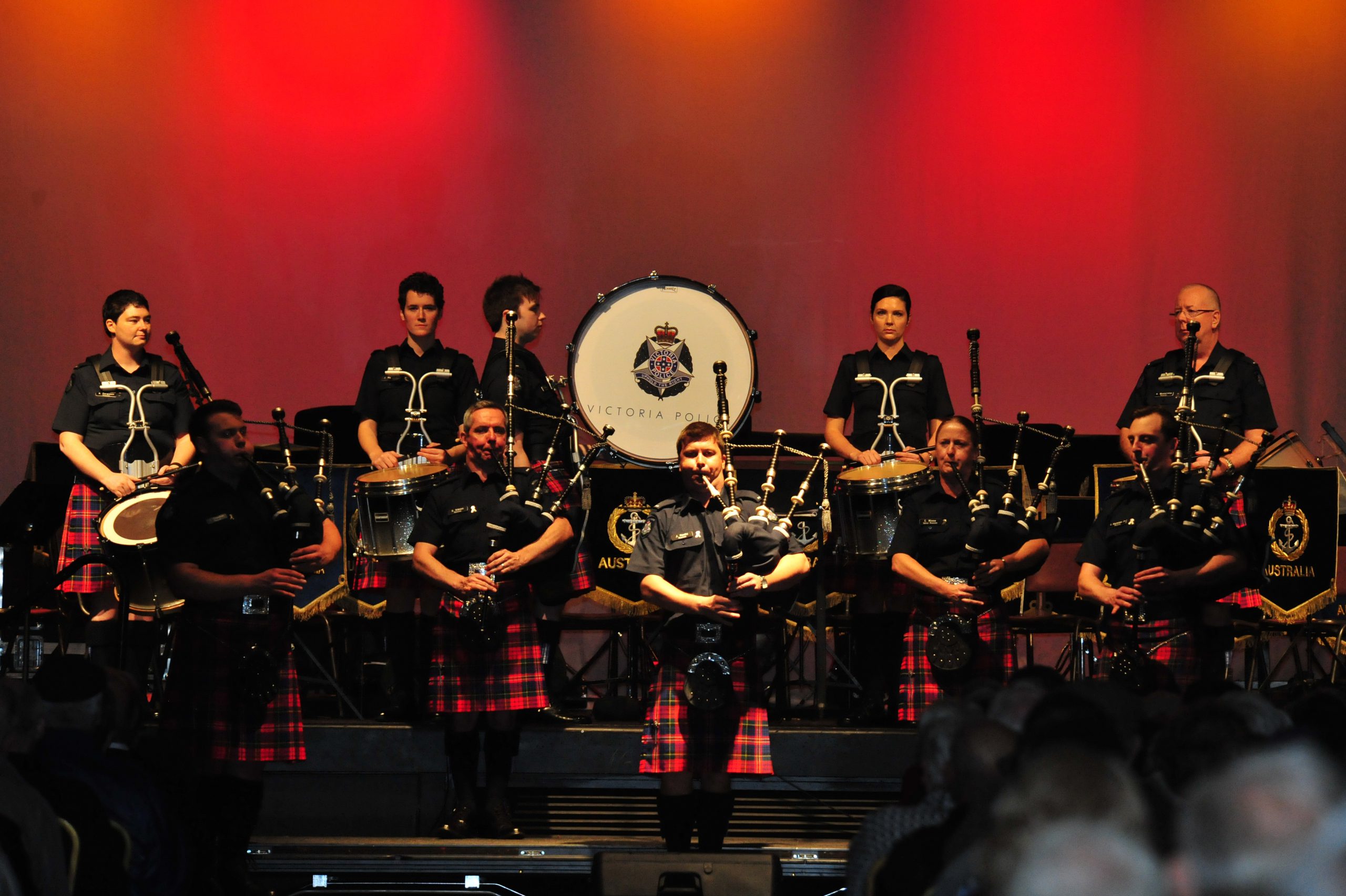 Morwell’s Centenary of Anzac Concert will return to Kernot Hall in November to mark 100 years since the armistice of the First World War.

The Victoria Police Pipe Band and the 35-piece Royal Australian Navy Band will headline the performance with former 3TR announcer Andy Johns to emcee the event.

Concert co-ordinator Thomas Quinn said the show would mark an end to the commemorations of World War I – three years after the concert first came to Morwell to recognise the country’s fallen servicemen and women.

“Joining the bands will be the exciting Speyside Highland Dancers who toured Scotland last year and performed with Andre Reiu in his Melbourne concert,” Mr Quinn said.

“An audio visual presentation by military historian and biographical author Ross McMullin will shed light on the Australian Diggers and their leaders, Sir John Monash and General Pompey Elliott during campaigns on the western front.”

In the past two years, more than 1500 people have seen the concert with proceeds raised from the event donated to local charities including Legacy, Lions and the Blue Ribbon Foundation.

All of the concert’s musical and dance performers this year have previously appeared in the world-famous Royal Edinburgh Military Tattoo at Melbourne.

The concert will focus on tradition and entertainment,and feature a variety of genres including top 40s and rock and roll.

Attendees will have the chance to win a number of giveaways including CDs, dinner vouchers and movie tickets.

Tickets cost $7 and are available from RSLs at Moe, Morwell and Traralgon, The Express office in George Street, Morwell online at latrobe.vic.gov.au/lpawhatson or by phoning Mr Quinn on 0417 567 291.

The Morwell Centenary of Anzac Concert will be held at 2pm on Sunday, November 4 at Kernot Hall, Morwell.