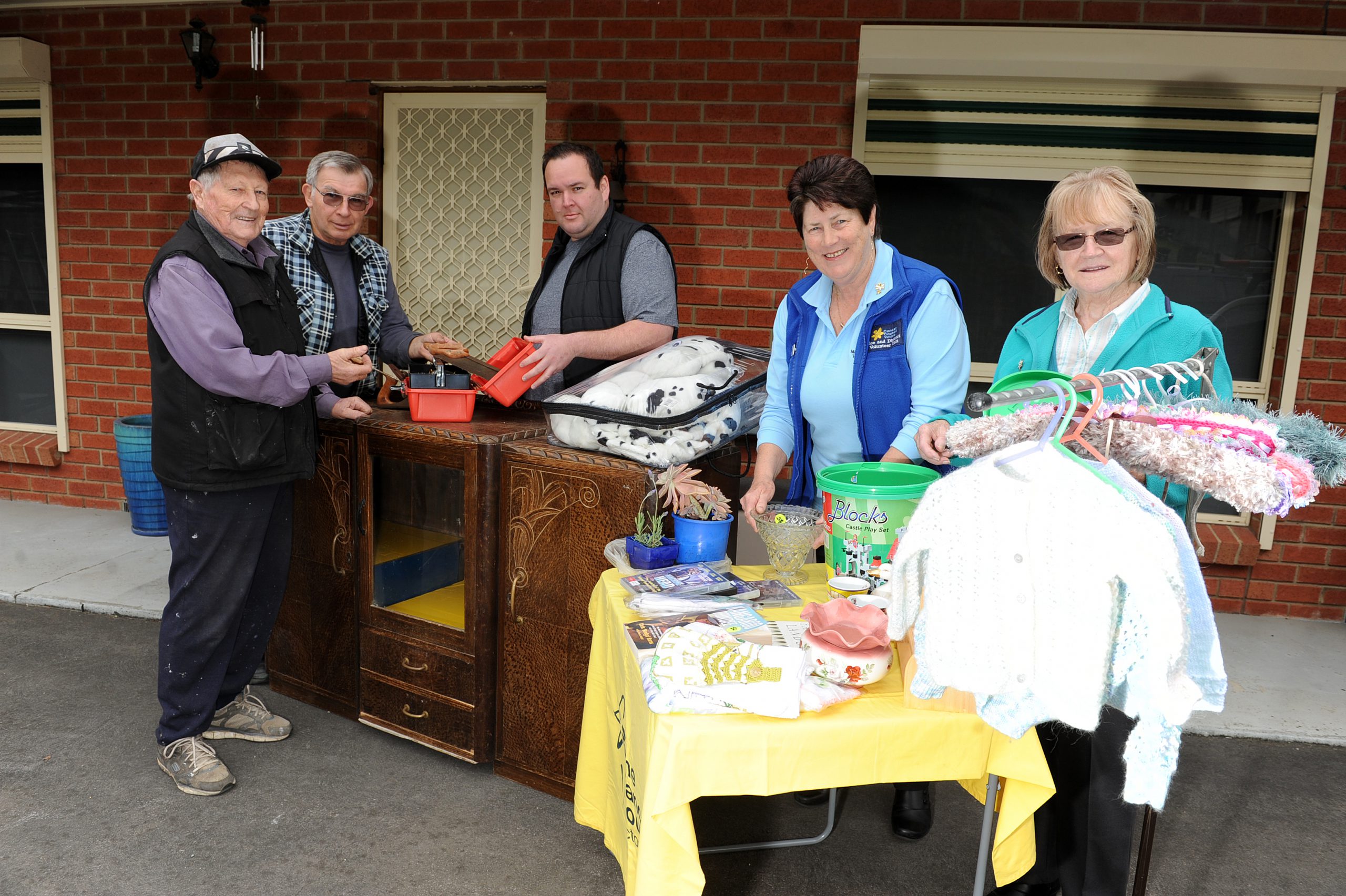 Bargain hunters are expected to flock to Yallourn North on Saturday when the town hosts its annual town garage sale.

Bric-a-brac, collectables, garden tools, sporting equipment and kitchen and homewares will be on sale as more than a dozen homes combine to hold one of the biggest events on the town’s calendar.

“It brings outsiders to the community of Yallourn North and while they’re travelling around to the houses, they can see what Yallourn North has to offer,” Ms Hall, who is also president of the Moe and District Cancer Council, said.

“We’ve got 19 households who are participating and one of those households I’ve opened up for the Cancer Council group who will use the house raise funds.

“Last year the Cancer Council made just over $1000 from the garage sale we had – that’s why we’re doing it again this year.”

Maps listing the garage sale locations will be available from Yallourn North Cafe and Takeaway on Reserve Street from 8am on Saturday, October 6.

“This is our fifth one that we’ve held but not consecutively. We had one last year which was very successful but we had a few years’ break prior to that,” Ms Hall said.

“There will be camping gear, household goods. From ours at the Cancer Council house we’ll have knitwear, tools, electrical goods and a range of other items.”

Participating households pay $10 to the Yallourn North Action Group who organise the printing and advertising for the event.

“It will run until 2pm approximately and we really want people to come and embrace our great little town,” Ms Hall said.

“We have the Yallourn North and District Historical Society Museum and the swimming pool and that means they can check it out come back in summertime to use it.”

The garage sale will run from 8am to 2pm and there is no cost for visitors.