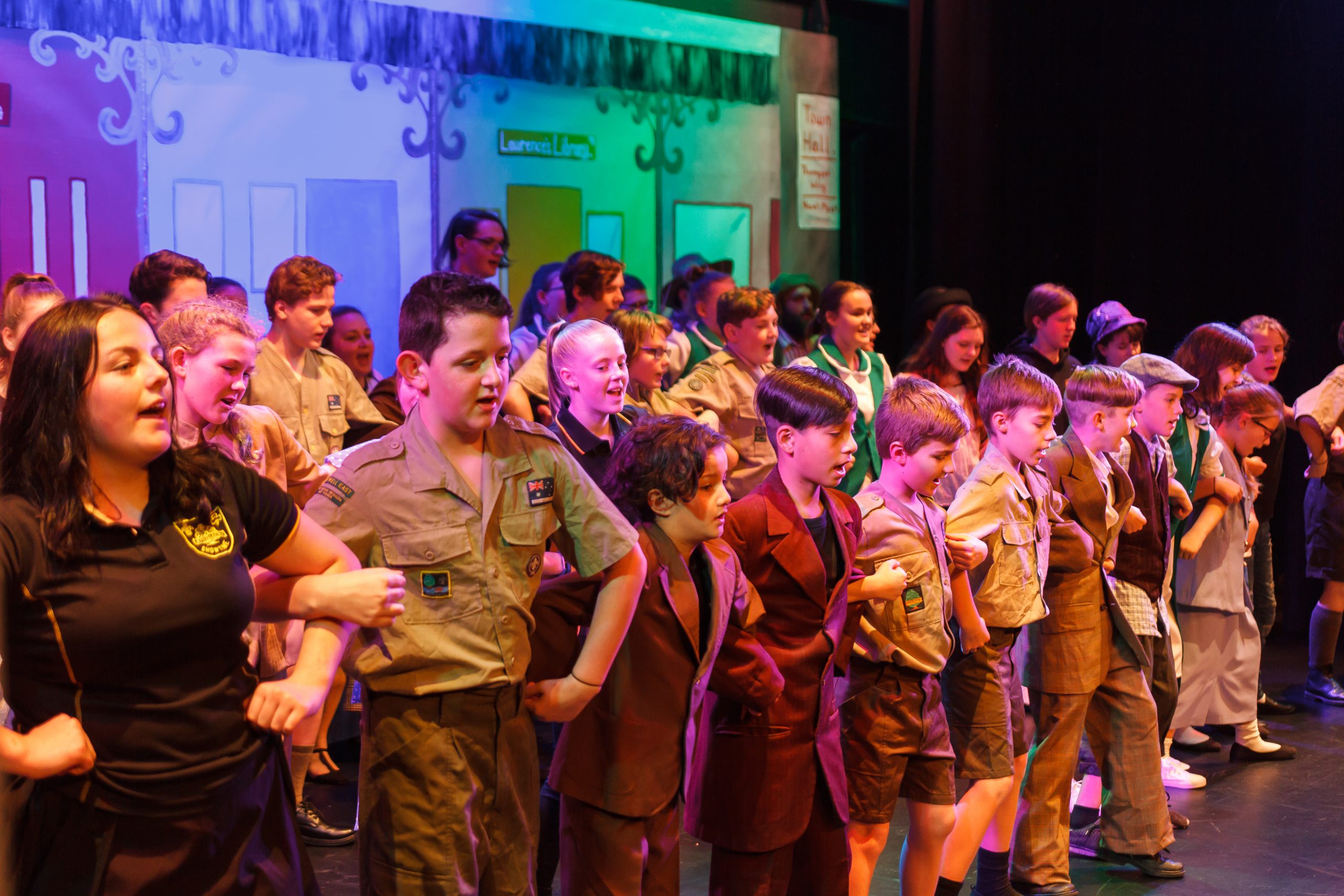 For the 50th anniversary of Strzelecki Showtime, the Scouts and Guides of the district will rock Latrobe Performing Arts Centre with a musical tale of what follows when Bunny and her “notorious gang of criminals” arrive in the Latrobe Valley.

Each year the Guides and Scouts write original music and lyrics for the production, but for this milestone, the cast of 61 have refreshed some older favourites.

Original song titles include Life’s Little Mysteries, Crime Doesn’t Pay and You Bug Me and the musical narrative promises a jail scene, revenge and chaos in the community only to be quashed by Scouts and Guides.

A backstage team of about 40 and a live band will contribute to what Ms Flanigan describes as a light-hearted and bright PG-rated comedy.

The production is nearly a year’s worth of work, where the children are directly involved in writing all the musical parts and teaching one another the performance.

Ms Flanigan said being involved in writing helped the children develop confidence and self worth, however, the format was entirely different 50 years ago.

“Basically you had a set of songs that you’d get from a scouting music bank,” she said.

“People would tweak those items over the years then I suppose in the last 20 years, because I’ve been producer for 20 years now, we’ve evolved and thought ‘out with the old, in with new’.”

The incoming director for 2019, Justin Mercer, is an example of the kind of ownership the children develop for the production.

“I’ve seen him come in as a 10-year-old and grow. He’s been that passionate working with youth,” Ms Flanigan said.