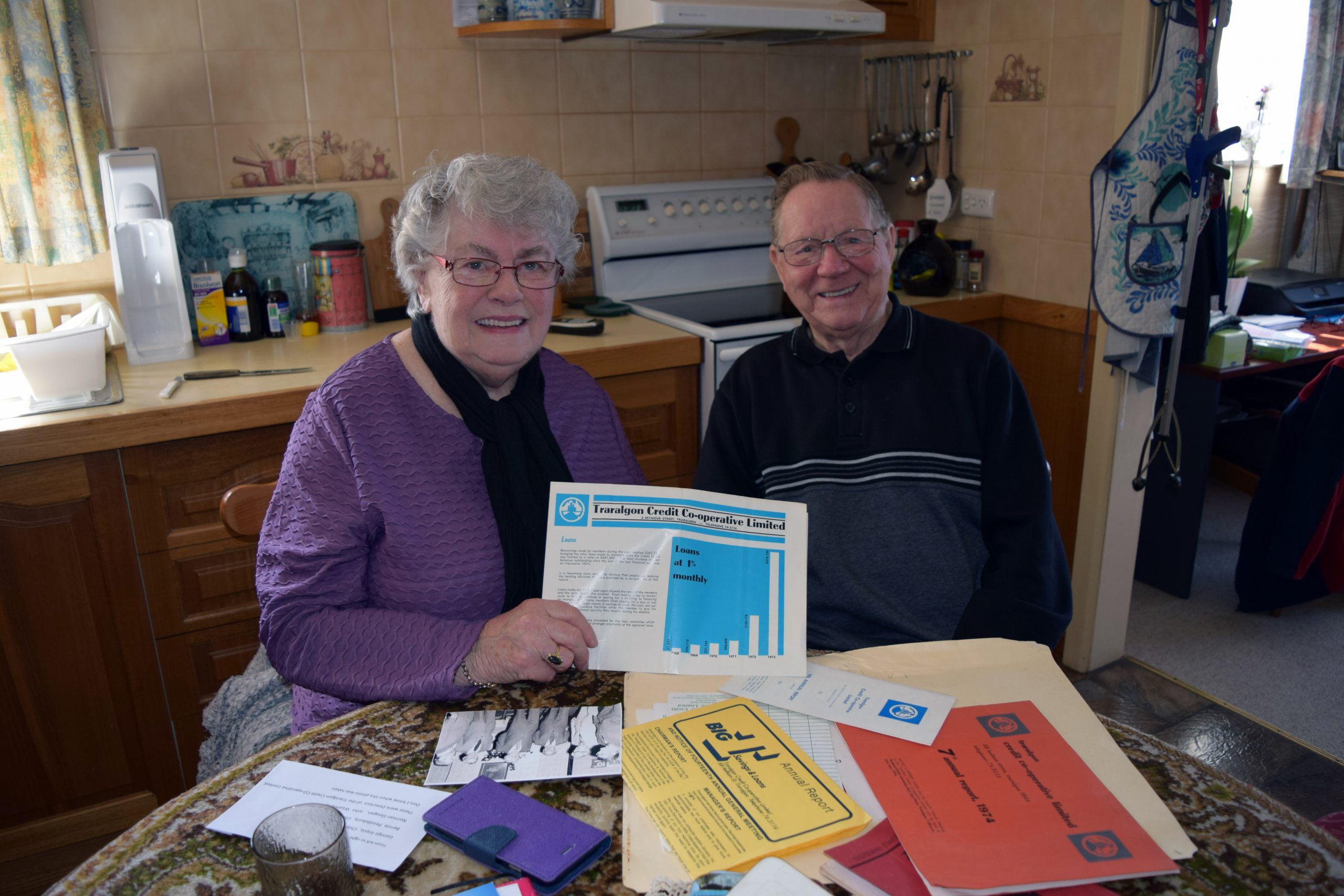 As the last surviving members of the original directors of the Traralgon credit union, Traralgon residents John and Wil Waanders reflected on their time with the member-owned service that helped so many.

Formed in the late 1960s by St Michael’s church in Traralgon, the credit union, also known as Traralgon Credit Cooperative Limited, was started to help low-income families struggling with debt.

“It was about helping people out that really needed help, that no bank would touch,” Ms Waanders said.

“There was a need in town – there was a massive amount of people in debt, people got into enormous financial trouble.

“We would go and interview people and help them with debt management.”

Initially volunteer-run, the cooperative consisted of Traralgon and surrounds’ residents who had agreed to pool their savings and lend to one another at the lowest possible interest rate.

An annual report from the 1970s stated: “in this way and others, such as the budget scheme, members are able to assist each other to improve

The cooperative required new members to pay a $5 membership fee after which they could access loans of varying amounts or join the budget scheme, in which members with significant debt would have a strict budget prepared for them which they were required to follow.

“If they were fair dinkum about getting out of debt, they were given a personal loan to pay their debts and then they’d have one loan,” Ms Waanders said.

“It was available to anyone, no religion was involved.

“It took us a while for people to trust someone else with their money … but they were ever so happy when they got themselves out of debt.”

Loans were granted for purchases as large as houses, land and motor vehicles, to furniture and electrical items.

Dutch immigrants who moved to Australia, Mr Waanders was one of the original directors of the cooperative and Ms Wannders volunteered and then worked for the cooperative when it became large enough and secured its own office space.

“We opened up in Hotham Street in the back of the chemist,” Ms Waanders said.

“From there, we went to Franklin Street, near where the ANZ is now, we had the floor above.”

The cooperative also spent time above a popular cafe and in Seymour Street, where it took on a paid manager and two other office staff, one of whom was Ms Waanders.

“We used the kalamazoo counting system until we got our first computer,” she said.

“We tried to impress on people to get a good credit rating. It was a good learning curve for us.”

Ms Wannders said she had seen a lot of poverty during her time with the cooperative.

“It was awful, especially with young families,” she said.

“They were desperate but they wanted stereos and televisions and to be able to afford luxuries, but you had to be realistic, you had to make sure everyone had enough for food.

“[The cooperative] was really a godsend for Traralgon, especially for people on a low income.”