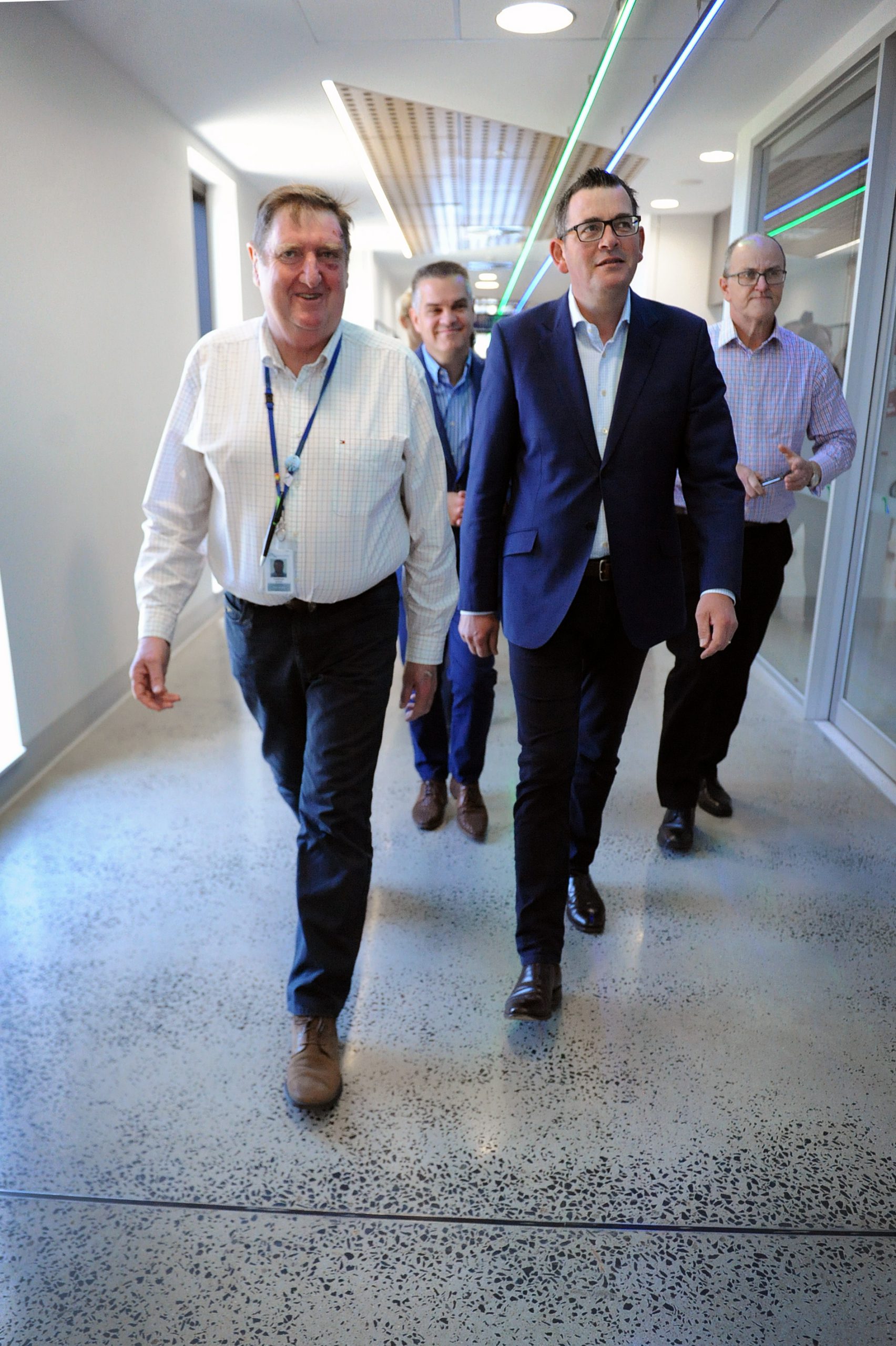 The major funding announcement – a bold plan to attract voter support in the Morwell electorate – would include money for three new operating theatres and 14 new medical and surgery beds.

The plan includes an additional 44 beds to reduce waiting times and boost the hospital’s capacity to do 6200 more elective surgeries each year.

Construction for the expansion would start in 2021, if Labor is elected, and would be completed by 2023.

“There will always be some things you have to travel to Melbourne for but the more we can offer locally, the better outcomes for local communities – not just from healthcare but from the job opportunities that come from funding health properly,” Mr Andrews said.

“I think a $217 million costed and funded plan to grow services here at Latrobe Regional Hospital beats a whole lot of fantasy promises every single day. This is real, this has been thought through, this has been done properly.”

Latrobe Regional Hospital chief executive Peter Craighead said the expansion was part of the hospital’s long-term master plan and would help provide better services for people in the Latrobe Valley and beyond.

“Stage 2A which was opened in November which was $79 million has been a huge boost to the community and has allowed us to deliver more services,” Mr Craighead said.

“This next stage will be an even better boost to our community … more people will be able to get treated in Gippsland. We have a lot of health challenges … and we need to make Latrobe a great place to live.”

The government estimates more than 220 car parking spaces will also be created as part of the development, with designs on the stage three project to commence next year if the state government wins next month’s election.

Member for Eastern Victoria Harriet Shing said the commitment would assist with the delivery of “world-class clinical and patient care” in the Latrobe Valley.

But opposition energy spokesman David Southwick, who was also in the Latrobe Valley today, described the pledge as a “sugar hit” in the “11th hour” – despite the Coalition yet to commit to matching Labor’s funding LRH promise.

“Daniel Andrews has had four years to deal with our population growth when it comes to things like our hospitals,” Mr Southwick said.

“It’s now on the 11th hour that Daniel Andrews is coming out and announcing these kinds of things. We, the Liberal-Nationals, have announced a plan for a hospital in West Gippsland.”

Labor candidate for Morwell Mark Richards, who liaised between the government and the hospital about the plan, said he was “quite proud” to have a major hospital in his community.

“It’s the largest employer in this region and now we’re looking at 600 construction jobs on top of that with 200 ongoing jobs and I think that’s just amazing for our region,” Mr Richards said.