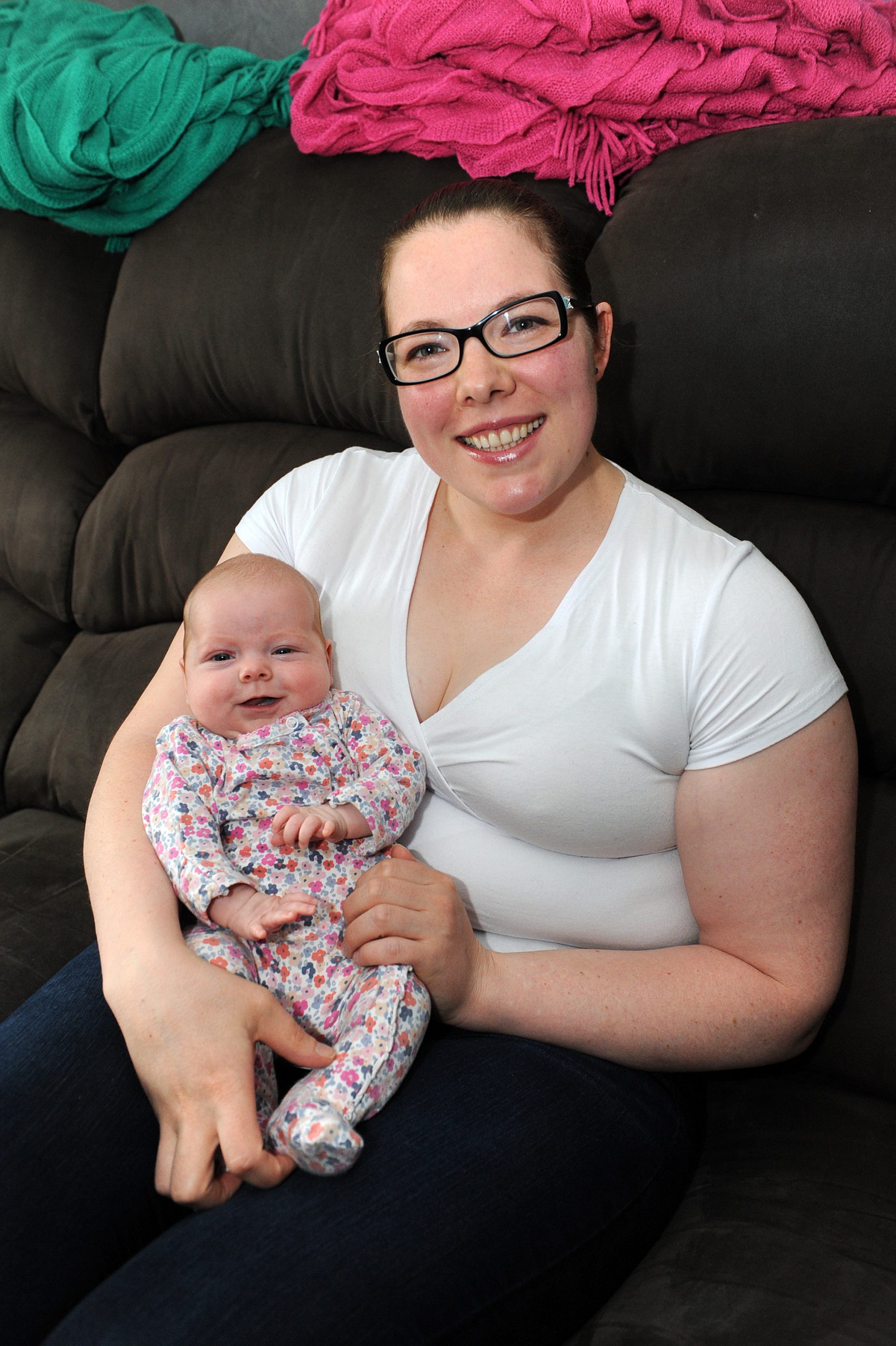 Traralgon mum Gemma Kaiser was not expecting that she would be on the receiving end of something she had supported a few months earlier.

The 30-year-old pharmacist will join this month’s Walk for Prems in Melbourne in support of Life’s Little Treasures Foundation, a charity supporting families of premature and sick babies.

In May, Mrs Kaiser donated to the charity after her sister gave birth to a premature baby at 31 weeks in Geelong.

She had no idea it would be her turn two months later.

Mrs Kaiser was 33 weeks pregnant when she gave birth to her first child, Brianna.

She developed preeclampsia, a condition in pregnancy which may put both mother and child at risk unless the baby is delivered.

On July 11, Brianna, who was 1.96 kilograms, was born via caesarean section at Latrobe Regional Hospital where her mum worked.

“Honestly [I] was scared … not prepared,” she recalled.

“I wasn’t even on maternity leave when she was born.”

Mrs Kaiser said she had been admitted to hospital before the delivery as her blood pressure went up.

Doctors were concerned about Brianna’s lungs as they are the last to develop in babies so she was put onto respiratory support.

“They were worried she might have had infection and she had a bit of jaundice, couldn’t feed herself because they develop the suck reflex fairly late. She had a nasal gastric tube to try to get her feed by herself,” Mrs Kaiser said.

Brianna was moved to the Monash Children’s Hospital in Clayton 36 hours after she was born and stayed there for five weeks until she was strong enough to join her parents.

Mum, on the other hand, stayed in hospital for two weeks.

“I was just hoping she was OK because obviously we’ve been really looking forward to meeting her but not quite so soon,” she said.

Mrs Kaiser said Brianna, who is now a bubbly three-month-old, brought “more love [and] joy” to their family.

She and her sister, together with their husbands and their children, will join the Walk for Prems on October 28 to raise money for the charity.

Mrs Kaiser said because of Brianna the charity has now become “extra close” to her heart.