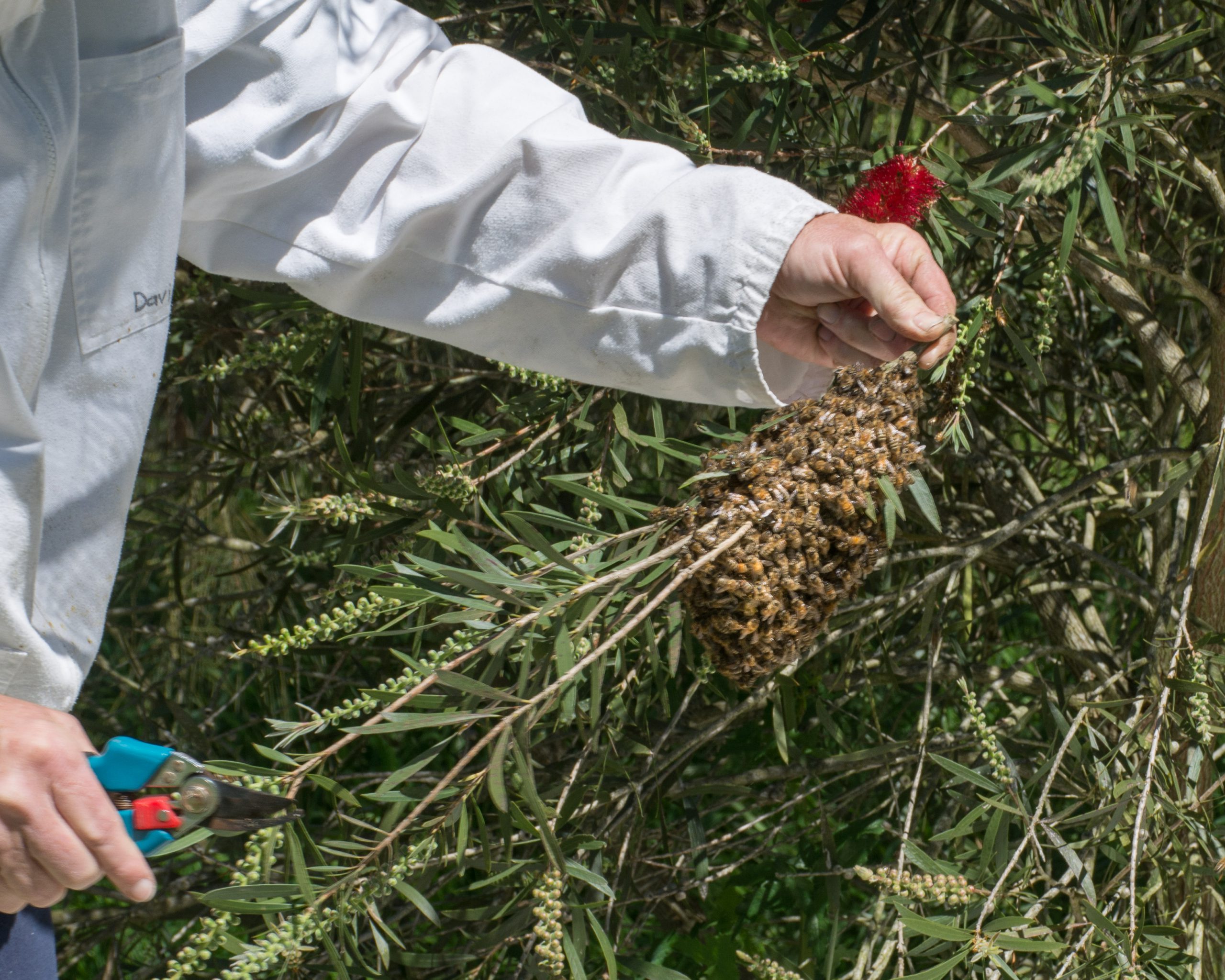 Locals are being asked to leave swarming bees alone as they look for places to build new hives in warmer weather.

The South Gippsland Beekeepers Club will send volunteer swarm collectors out across the region this season.

“Should you find a swarm on your property, it’s important to arrange to have it collected before they set up house where you don’t want bees,” Mr Goodwin said.

“Do not try and move them on by spraying them with garden hoses, pesticide sprays, or beating them with sticks.”

He said bee swarms can be identified by large clusters hanging from a tree or bush, or clumped on a letterbox or gatepost.

“Swarming is the natural process by which honey bees reproduce. It happens to all healthy hives, whether feral hives in tree hollows, or hives in beekeepers’ boxes,” Mr Goodwin said.

He said bees start gathering nectar as the weather warms up to store as honey and feed their young, meaning that hive populations can double or triple very quickly.

“If the colony runs out of space the queen will ensure there are baby queens developing, and then leave the hive taking half the bees with her,” he said.

Swarms will occur as these bees gather together on a nearby tree, bush, mailbox or clothesline while scouts look around for places to build a new hive.

“Once the scouts have found a promising location, the bees fly in a giant buzzing cloud of bees to the new home. This could be high up in a hollow tree, in which case they are unlikely to inconvenience humans,” he said.

He said these new homes could also be in compost bins, wood boxes, letter boxes, sheds or house roofs walls, where they build sheets of wax to make a hive.

Mr Goodwin said swarming bees were generally docile, but when building their new home, they would become aggressive if disturbed.

“Extracting bee hives from roofs and walls can be a difficult and expensive exercise as it requires removing and replacing parts of walls and roofs,” he said.

Mr Goodwin said most beekeeping clubs would send volunteers out to collect swarms and transport them to a different location where they could build healthy hives.

“It’s especially helpful if you can take a photo of the swarm with your smartphone to show the size and location of the swarm,” he said.

“When the swarm collector is at work removing the bees, you are strongly advised to keep pets, children and yourselves well away from the action.”

For more information, go to south