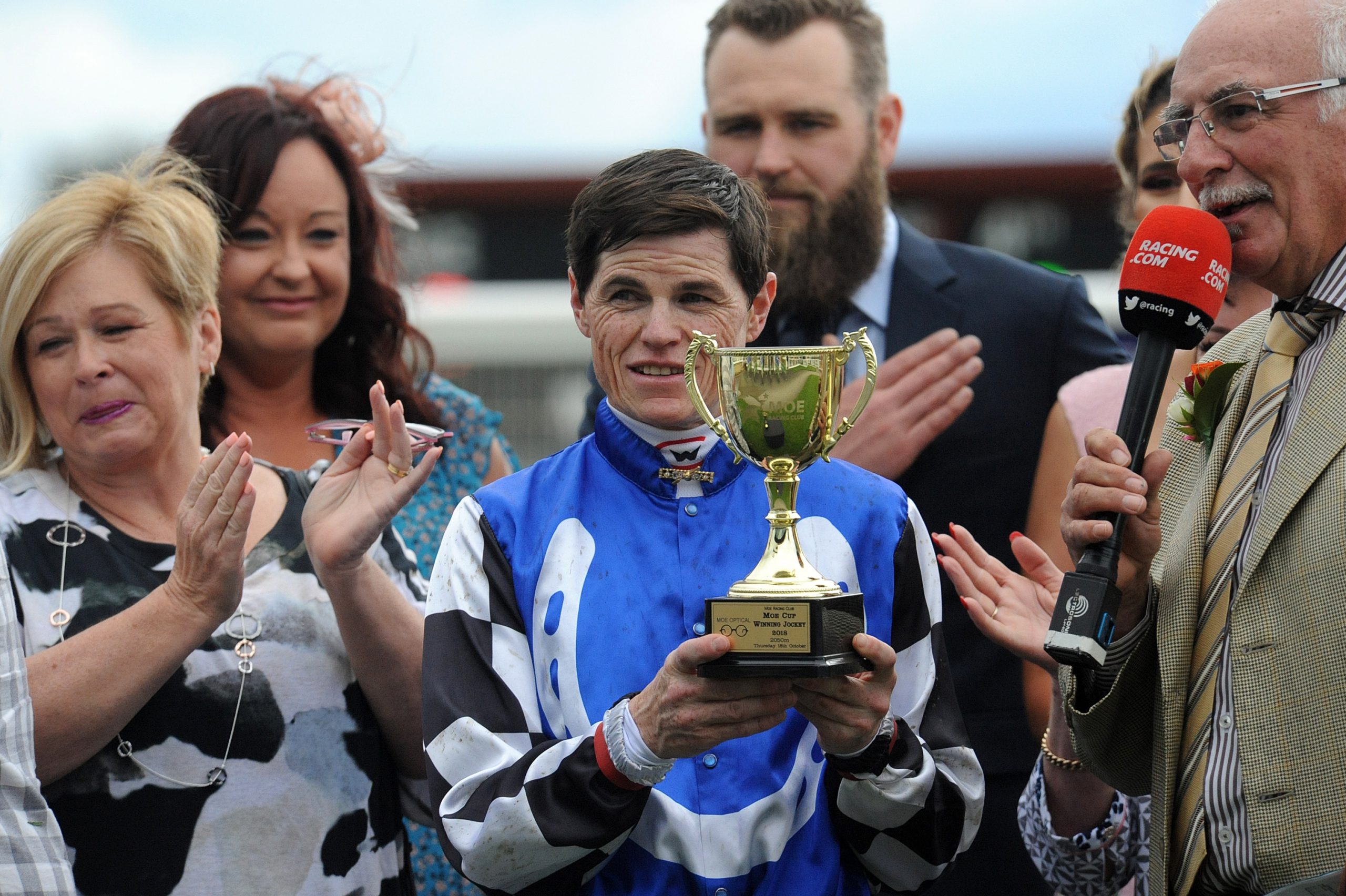 Sixties Groove has taken out the 75th running of the Moe Cup after starting the day as second-favourite.

The Darren Weir-trained horse opened at $2.90 this morning but firmed to be the favourite for the main event at 4pm, running the 2050-metre race in two minutes and 10 seconds.

The six-year-old bay gelding won by three-quarters of a length in front of a crowd of about 2500.

Sixties Groove was followed to the line by a second Darren Weir-trained horse, Snitzepeg with the Eric Musgrove-trained Noumea from Cranbourne in third place.

Sixties Groove jockey Craig Williams said: “It’s great, through this part of the Spring Carnival I’m really busy and it’s great I found a horse worthy enough to come here on a Thursday before the Caulfield Cup – I’m riding the favourite on Saturday.”

“This horse has not only won the feature today, the Moe Cup, but he’s going to be in some big races whether it be the spring or autumn coming.

“He’s got a big future – I’ve only had two wins with him from two rides but he’s doing everything really well on the race track with more improvement to come.”