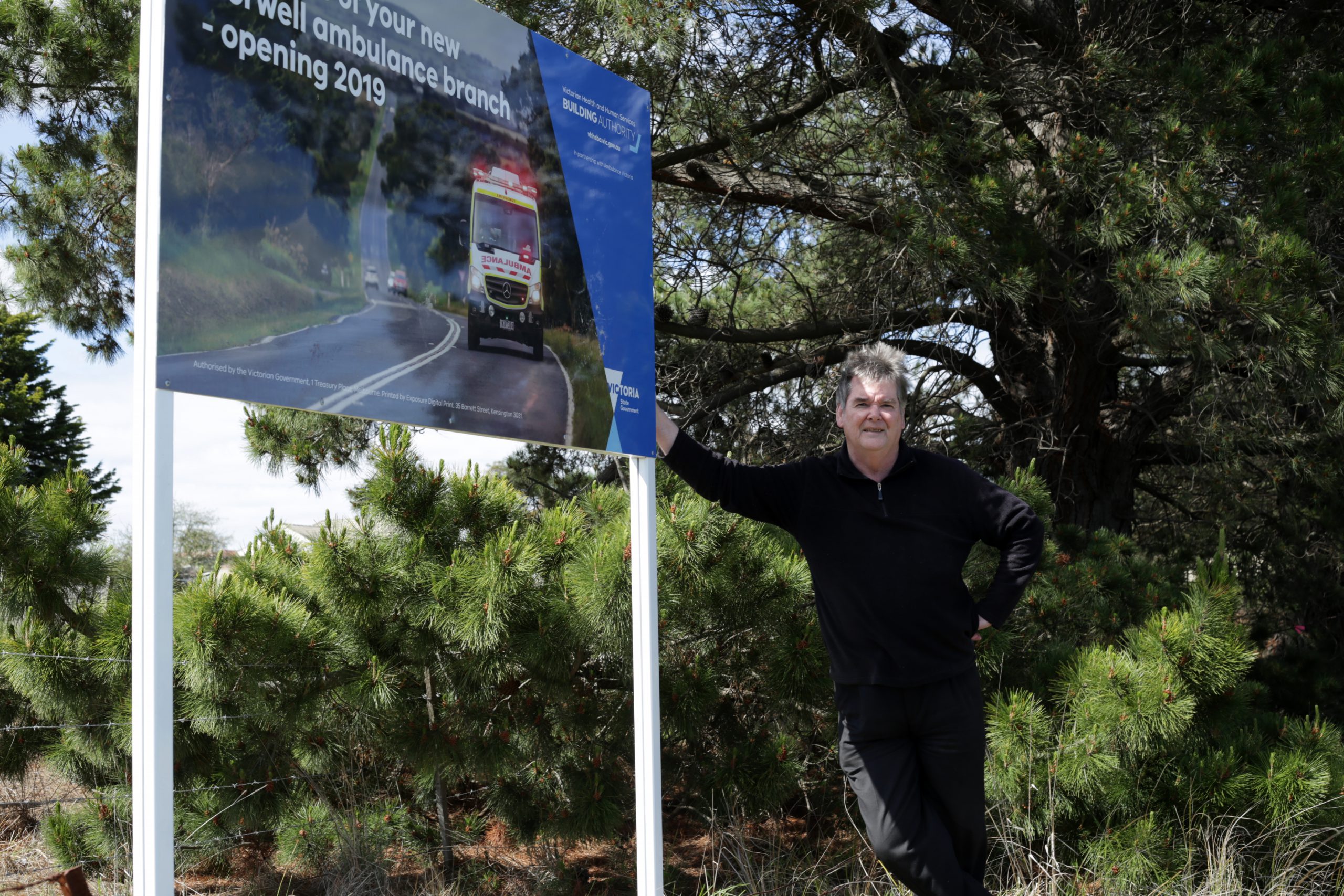 The state government has chosen an empty paddock in English Street, Morwell as the site for a new ambulance station to be built by the end of next year.

“The Andrews Labor government is building a cutting-edge ambulance station for Morwell paramedics to ensure they have the safe, modern facilities they deserve – and patients get faster care when they need it,” Ambulance Services Minister Jill Hennessy said.

The minister was in Traralgon in late September officially opening the new ambulance station at Traralgon and announced the government had bought land on Narracan Drive, Moe to build a new branch.

No official announcements were made for Morwell, but rather, many local residents found out about the build after walking past the site and noticing a sign out the front stating it would be the home of a new Morwell ambulance branch.

Nearby 80-year-old resident Garry Barnsley believes a nearby station will be a “good asset”.

“It’s good for me. I’ve had several heart attacks and go to hospital on a regular basis,” Mr Barnsley said.

Other residents nearby English Street – which connects to Holmes Road – have mixed feelings about the works due to a lack of understanding why it was to be built there, so far from the central business district.

A local resident, who wished to remain anonymous, said there had been no consultation about the chosen site.

“I’ll keep an open mind but I’d like to know more about what’s happening,” the resident said.

“The only issue I can see is a traffic issue heading onto Holmes Road.”

A resident at Holmes Road of 35 years, Stephen Hellings, said the station had to be built somewhere and traffic was not a worry, but he would have liked to have known about it in advance.

Other local residents, Jodie and Bruno Gallicchio, said there was little support in the nearby court, with residents expressing concerns about sirens and traffic.

The site will be built at 20 English Street, Morwell.