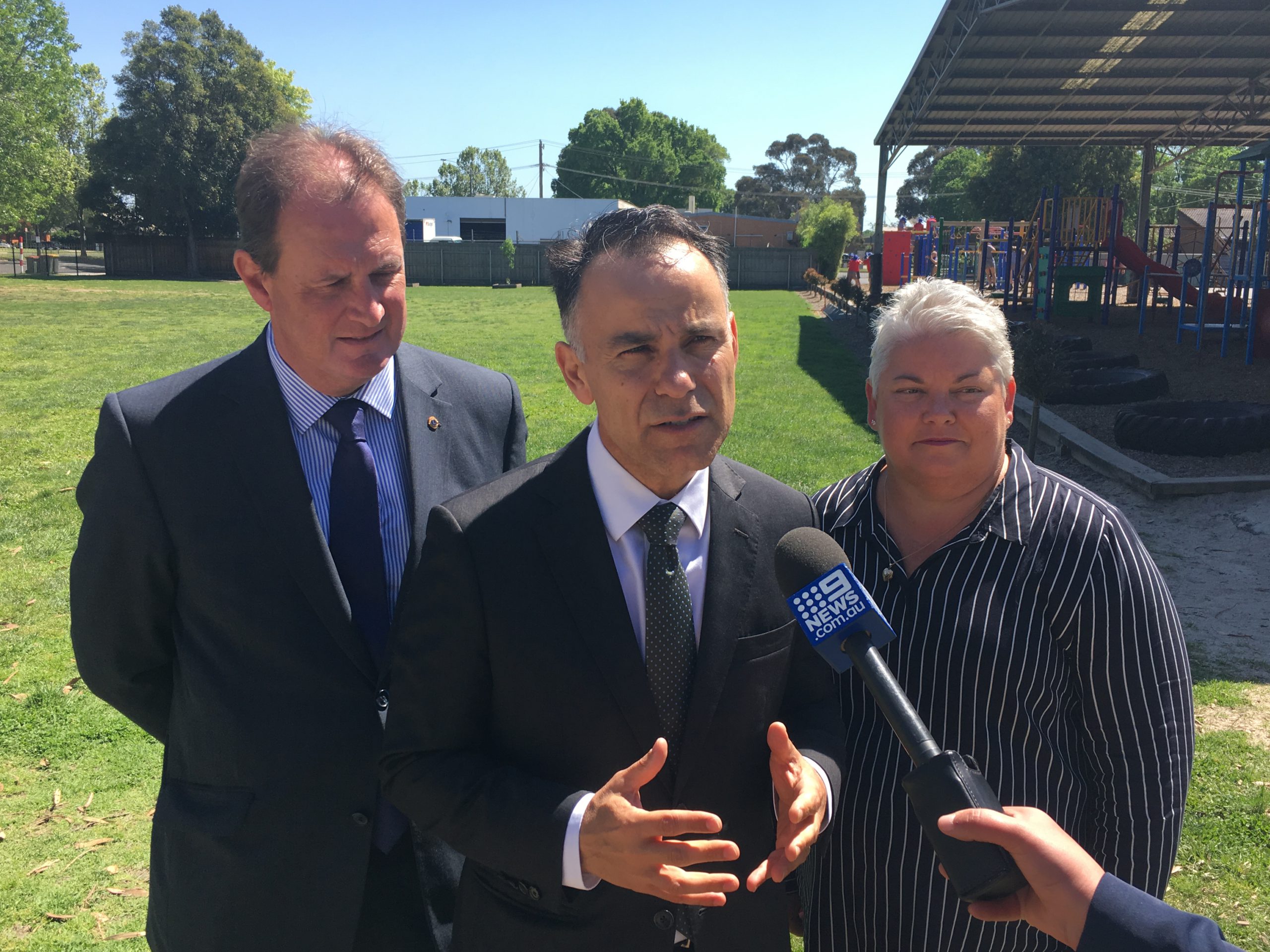 A Catholic primary school in Traralgon may be forced to relocate if the student population continues to grow.

St Michael’s Primary School on Seymour Street has turned away families and introduced waiting lists for its prep and grade five and six students due to a lack of classroom space.

The growing concerns follow a $400,000 election promise by the Coalition on Thursday to build two new classrooms on the site, if elected, to cater for the growth and demand by families seeking private education.

St Michael’s Primary School Traralgon principal Jodie Ware said the school was in a “really difficult” position and “not one I’ve really enjoyed” after having to turn away potential new students due to a lack of facilities.

“We’re a growing school. We’ve had waiting lists this year in grade five and six and it meant we’ve had to turn some families away that wanted a Catholic education,” Ms Ware said.

“For next year we’ve got a waiting list in prep still. We built three new classrooms this year but we’re still not going to be able to cater for everyone and there are families still on a waiting list hoping to get a spot for next year.”

Ms Ware said the school could be forced to find a new location to cater for the demand with other nearby Catholic schools – including St Gabriel’s on Rangeview Drive – at capacity too.

“The Catholic education office are very proactive in that area and are always looking forward to future planning and I believe they would have some plans in place if that were to happen in the future,” Ms Ware said.

The Coalition promise would allow two new classrooms to be created “using the exiting footprint of the school” with money to be allocated in the 2019/20 state budget.

Shadow attorney general John Pessuto, a former student of the school, said there was “no stronger support of Catholic schools” than from the Coalition.

“We have been working with the leadership of St Michael’s and to date given them a commitment which is beyond what they asked us for and we will continue to work with them in the future as they deal with population growth,” Mr Pessuto said.

“They asked for a smaller amount of $300,000 … and we appreciated that they might need more than that so we did some thinking and reckoned that they deserve the support we’re offering to them.”

Mr Pessuto said the $400,000 promise was part of a $400 million commitment the Coalition had made to non-government schools next financial year, however, he was still committed to supporting government schools as well.

“Government schools need greater support and we are there to provide that support – not only across the Latrobe Valley but across Victoria in general and already during this campaign we have made substantial commitments to the government sector,” he said.