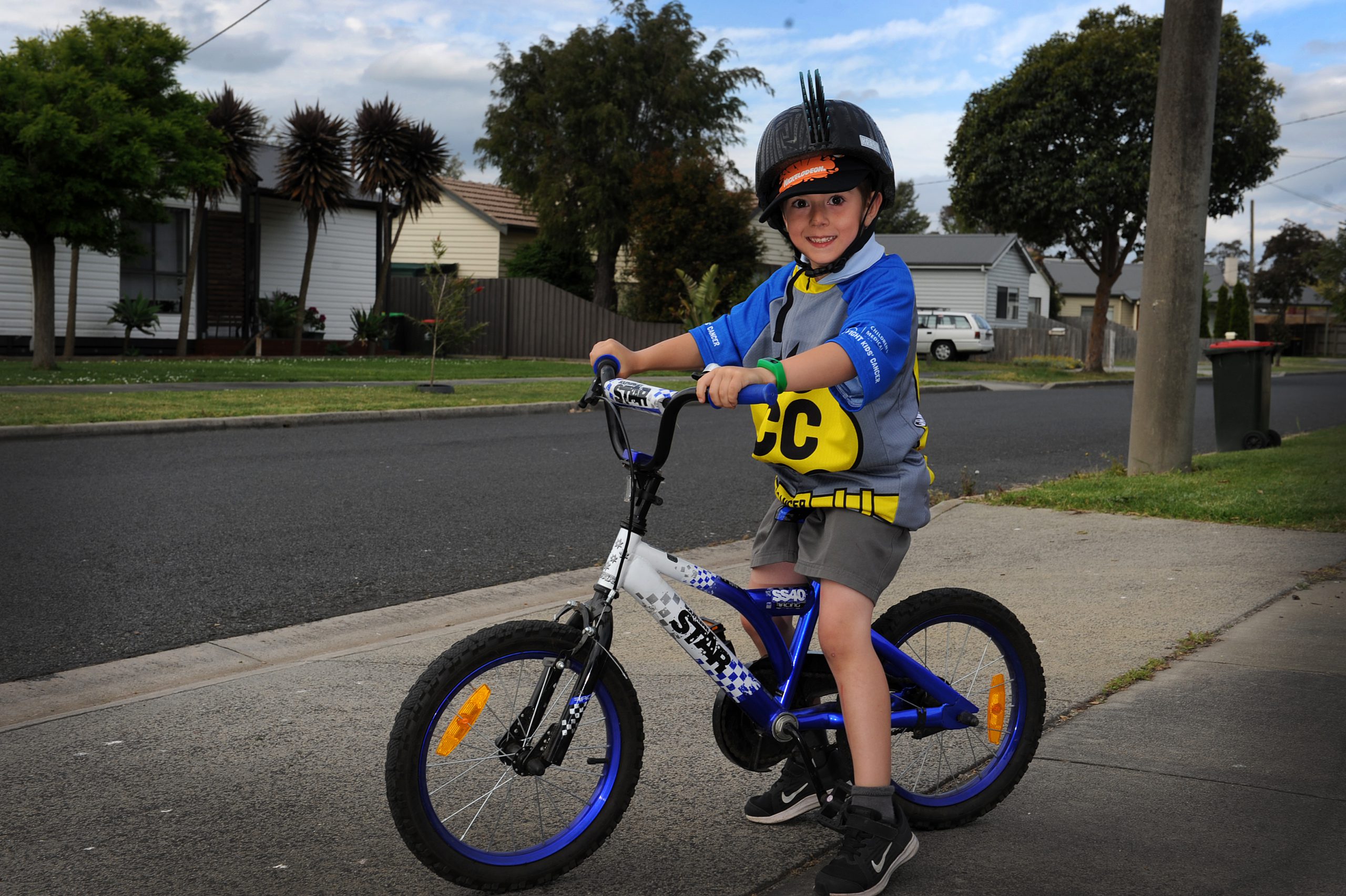 Five-year-old William Doble was the youngest participant in this year’s Great Cycle Challenge but that didn’t stop him from raising some serious coin for a great cause.

The pint-sized Traralgon resident rode 150 kilometres for the month of October and raised more than $3000 for the Children’s Medical Research Institute which works towards finding a cure for children’s cancer.

Mum and “pit crew” leader Kerryn read about the Great Cycle Challenge and didn’t need to convince “full of beans” William to get on board.

“I explained to him what it was and he was like ‘I can do that’, so we signed him up and just went from there,” Kerryn said.

“We’ve had a lot of help with fundraising. His school and his cricket club and family and friends have been fantastic.”

Some days were more difficult than others as wet weather and wind hampered riding, but William never veered off course in his fundraising quest.

“I did it because I wanted to help sick kids and when mum found it on her phone and I said ‘yeah, let’s do it!'” he said.

Powered largely by Corn Flakes, the prep student pedalled to and from St Gabriel’s Primary School in Traralgon most days on his “really cool” bike.

He was also fitted out with the ultimate accessory –a Mohawk helmet to deter pesky swooping magpies.

“It’s eight kilometres to school … four there and four back,” Kerryn said.

“He even rode to Glengarry. We parked in the car park and followed the rail trail out and back, and we actually did that twice.

“Then he wanted a sausage roll so we rode to Bushies Bakery and rode back.”

William hopes to go bigger and better next year and Kerryn said she was “just super proud” of her boy.

“That’s just William. Anything he can do to help somebody else he’s first in line, and I think he was just happy that it was something he could do to raise money for kids his own age,” she said.

Donations can still be made by visiting greatcyclechallenge.com.au/Riders/WilliamDoble1.