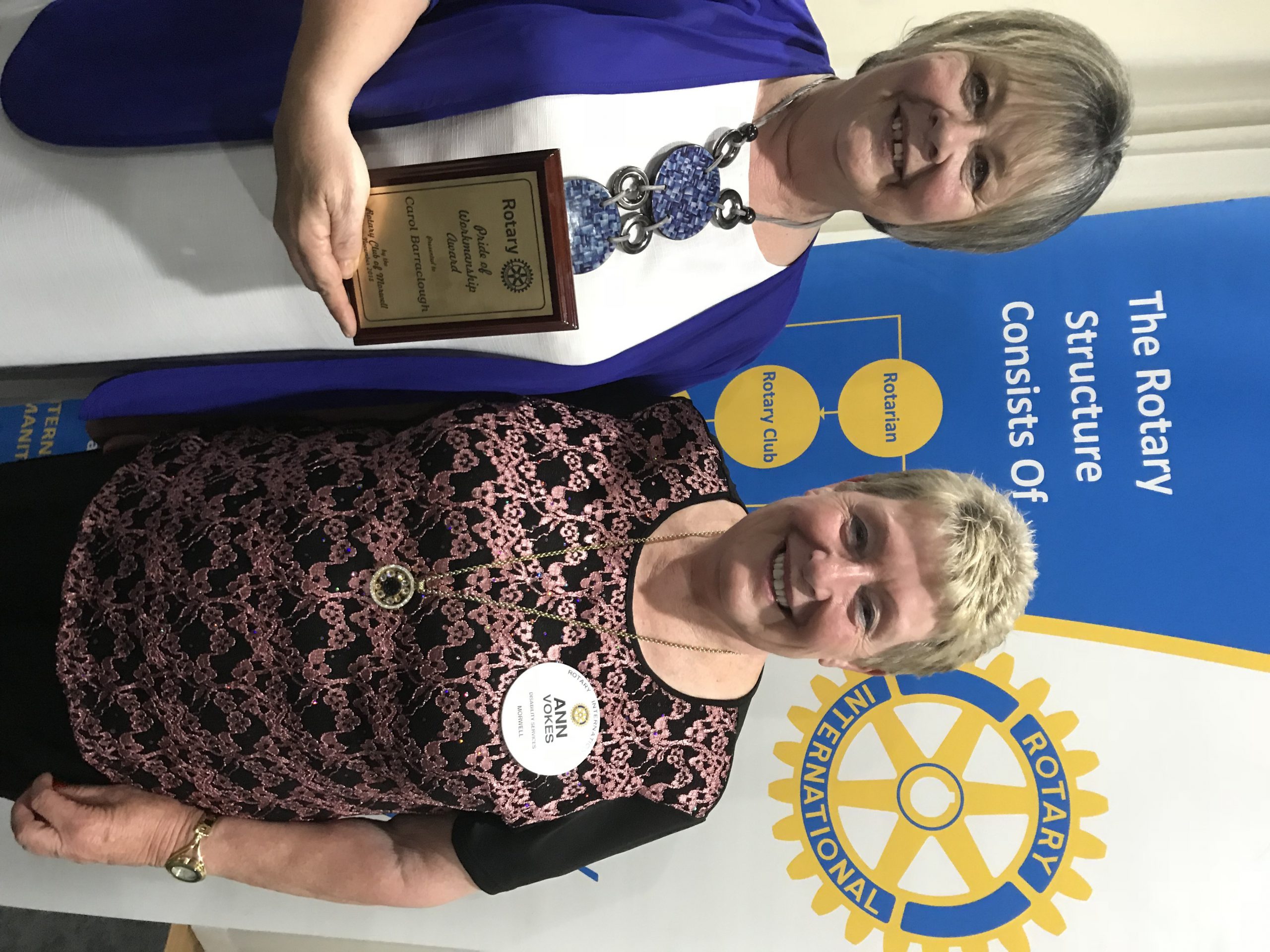 Rotary Club of Morwell launched a campaign aimed at preventing family violence and promoting gender equality in the Latrobe Valley at its recent Pride of Workmanship Awards night.

The program is based on addressing Crime Statistics Agency data which positions Latrobe as having the highest rate of family violence incidents in the state.

Rotary Club of Morwell service director Dave Swainsbury said the club thought it should take some initiative in response to that data.

“The desired outcome is to see that in the Latrobe City there can be a decline in that [family violence] reporting frequency,” Mr Swainsbury said.

“It would be really terrific to see school kids talking about the issue and maybe overcome some of those bully-type stereotypes in schools.”

The Morwell club has borrowed a slogan from the Rotary Club of Maryborough to send a clear message to #SayNO2familyviolence.

“They were one of the only organisations invited to present to the Royal Commission [into Family Violence] so they’ve been involved in it for a while,” Mr Swainsbury said.

The hashtag will be emblazoned on the Morwell club’s barbecue trailer and the club intends to take their campaign to schools in the region.

Mr Swainsbury said half of the Morwell club’s 20 members were women.

“We will use that as a model for the way things ought to be, rather than all blokes,” Mr Swainsbury said.

Windermere Gippsland program coordinator for victim assistance program and Morwell site manager Carol Barraclough, who attended the event, said no one could deny family violence was “a big issue”.

Ms Barraclough used the proverb ‘it takes a village to raise a child’ to demonstrate her point.

“We view it very important that people work collaboratively and the community work together in order to break the cycle of family violence,” she said.

Windermere’s program supports victims of trauma, assault and violent crime by providing information, individualised practical assistance and help to navigate the criminal justice system to advance their recovery and reduce the impact of the crime.

Ms Barraclough said, where possible, Windermere believed in a collaborative practice between service agencies to offer a “holistic” service.

“Family violence is a sign of an unhealthy relationship and impacts across all genders, professions and age groups and I believe our community needs to work together to break the cycle of family violence,” she said.