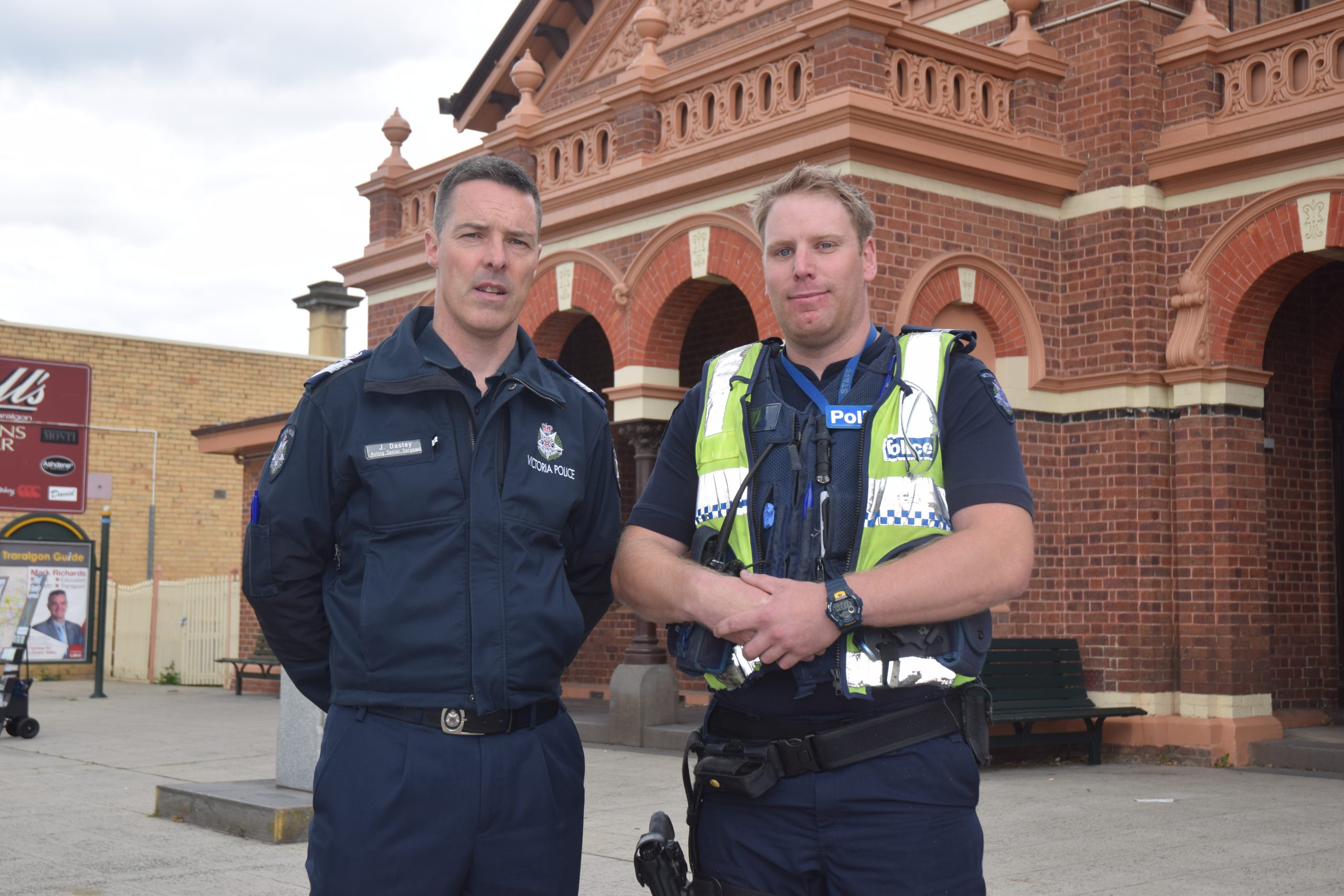 Detectives have launched an investigation after two people were struck by ball bearings in Traralgon last week in what police believe was a calculated attack.

A child and an elderly man were struck in the head and leg, respectively, while three shop front windows were damaged after a person used what may have been a slingshot to fire the ammunition.

Police told The Express on Friday a nine-year-old girl suffered soreness to the head after she was struck by a projectile, while and elderly man was treated for a welt after being struck in the leg.

“We’ve had six reported incidents of projectiles being launched at either shop windows or people in the Traralgon CBD,” Detective Senior Constable Carroll said.

“It’s believed that the projectiles are being launched from a vehicle which is driving past on each occasion.”

Windows on a Traralgon pizza shop and fast food restaurant were damaged last week when someone driving a vehicle fired what was believed to be a marble or ball bearing towards the premises.

“We don’t know if they’re being launched with a weapon, however, they’ve been launched with enough force to cause injury to people and damage to windows so we’re treating it very seriously,” Detective Senior Constable Carroll said.

“It’s a great danger if a marble was to strike a child or a person in the correct spot on the head – it could cause serious injury of death.”

Traralgon acting Senior Sergeant Jason Dastey said a sling shot-type weapon may have been used during the incidents.

He said it was important for people who witnessed the attacks to get the registration of the suspected vehicle and to note any distinctive features.

“It’s bad enough that shop fronts are being damaged, but I would hate to think this person is actually targeting people,” acting Senior Sergeant Dastey.