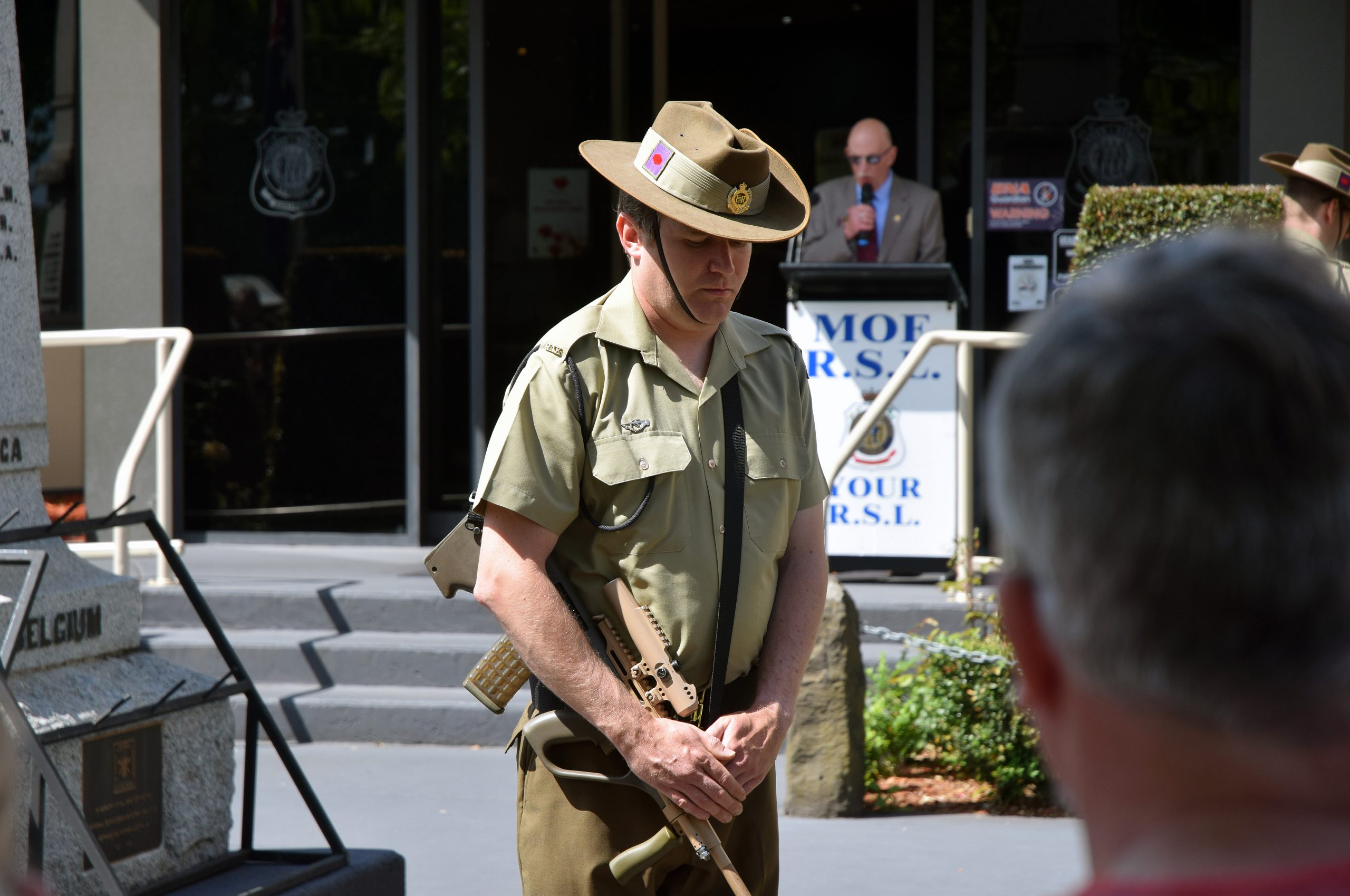 Crowds swelled at Moe for this year’s Remembrance Day service as more than 150 people gathered at the town’s cenotaph to mark 100 years since the armistice that ended the First World War.

Moe RSL committee member Steve Mayes, who emceed the ceremony, attributed the increased attendance to the significance of this year’s Remembrance Day marking a century since the end of the war.

The ceremony was held at 11am when the Last Post sounded, which was followed by a minute’s silence.

Afterwards, wreaths were laid by on behalf of Moe’s servicemen and women, local schools, community organisations and emergency services.

Mr Mayes said the relevance of Remembrance Day had grown among young people compared to “what it was five, 10 years ago, especially since the 100th year of [the armistice]”.

“A lot of people think that [Remembrance Day] may glorify war but I think it’s just a cautious reminder that wars don’t solve a lot of things,” he said.

“But I think it’s really relevant for now and in the future.”

He said it was important that people in regional areas have access to local services and noted that the Trafalgar RSL was conducting a number of services in smaller towns across the region, including Walhalla and Aberfeldy.