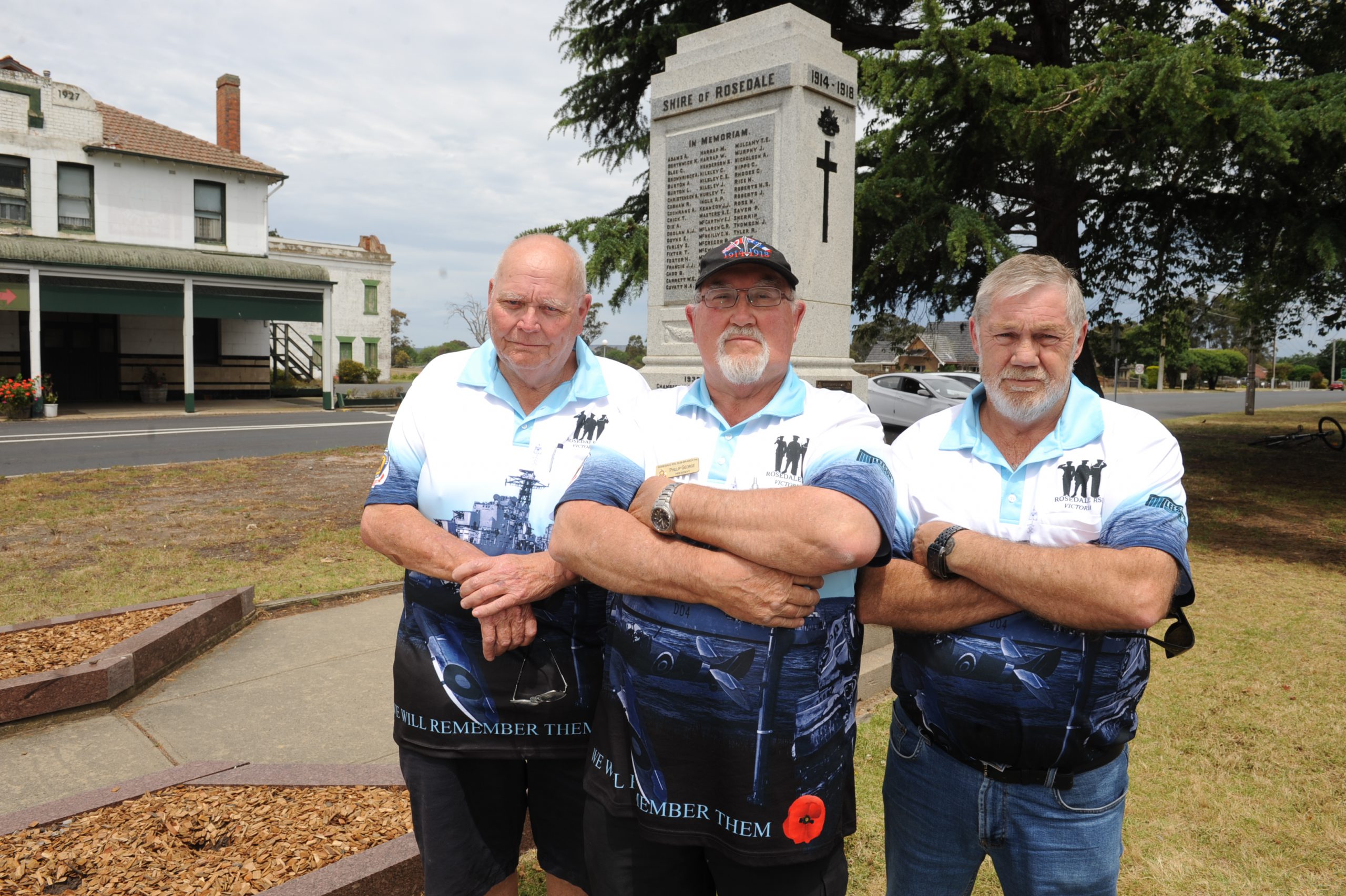 Rosedale RSL volunteers said items paying tribute to those who made the ultimate sacrifice, including hand-knitted poppies and floral wreaths, allegedly went missing some time between the service on Sunday and Monday morning.

“It’s not about the amount of money,” he said.

“But I just can’t see why people would do it. All the people in the town took the time to put the poppies in their windows and make them.”

Mr George said the items had been at the cenotaph on Sunday night, however, when a volunteer went down to check them early Monday morning the items were gone.

Rosedale RSL sub-branch appeals officer Ken Curtis said 60 to 70 people attended the Remembrance Day service, which he described as a “good size for a small town”, but said a lot of people in the town were upset about the lost items.

“The disrespect of it all – it has been 100 years since the signing of the armistice,” he said.

“These people put their life on the line for the freedom we have today and for this to happen … it is disgusting.”

Mr George said he had contacted police about the missing items, however, police said there had been no developments in the case.