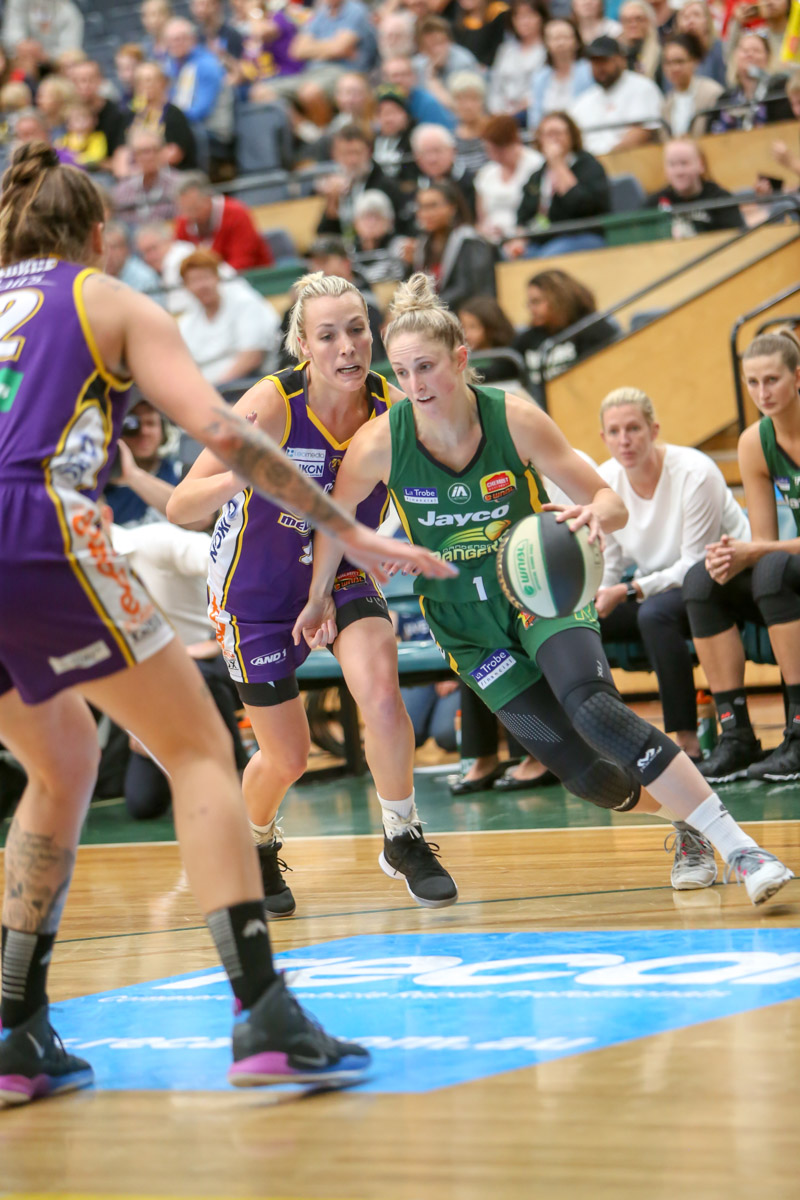 The Dandenong Rangers will fly into the Latrobe Valley for a third consecutive year this weekend for a round seven fixture at their home away from home in Traralgon.

The Rangers face the Adelaide Lightning on Saturday for the second time in three weeks and are out to avenge for the 25-point loss.

Coach Larissa Anderson said the result, while “still really fresh in the players’ minds”, was a learning curve for the Rangers.

“They shot amazing in the first half in particular, but the story of the last three weeks for us is that the little things and the defensive things haven’t been done well enough.

“If you have little lapses you get punished and we’ve been having a few too many lapses lately, but we’ve just got to go in there, play our best and let the rest take care of itself.”

Averaging just over 17 points a game, star Ranger Rebecca Cole has made her presence felt since her first season with the club and is relishing the challenge of her new role as starting shooting guard.

“Rebecca is having a great season and when she came in, you could tell that she was ready to step up and on take on a big role,” Anderson said.

“Obviously with opportunity comes responsibility and she’s learning more about herself and what she’s capable of.

“She’s getting it done in all areas of the game and she’s shown heaps of improvement.”

The Rangers will be out and about mixing with the community in the lead-up to Saturday’s clash with a number of clinics scheduled across four schools in the region.

“For me, getting out to Traralgon is so important on every single level,” Anderson said.

“A lot of young girls look up to these players as something they might want to be and think ‘wow, they must work so hard’, and they really do, so this is really special to all of us.”

A festival of activities will also take place on Saturday with outdoor activities, a sausage sizzle, face painting, a shooting competition and giveaways from 1pm.

A free kids’ basketball clinic will also run before the game from 11am before the first whistle at 3pm.

“If you break it down, there’s only eight teams in the WNBL and that’s not a lot of players, so these girls are flying the flag and doing a really good job. The whole league is phenomenal,” Anderson said.

“It doesn’t often come around that you have the highest quality national league come out to your local area.

“Seeing people fill the stands encourages us to keep coming back and shows that these calibre of games being brought to them is really appreciated.

“If people do not have plans we would love everyone to come along and cheer us on. We’ve moved one of our home games out to Traralgon so we’re going to leave it all on the line.”

The Dandenong Rangers will face the Adelaide Lightning on Saturday at the Traralgon Sports Stadium from 3pm.