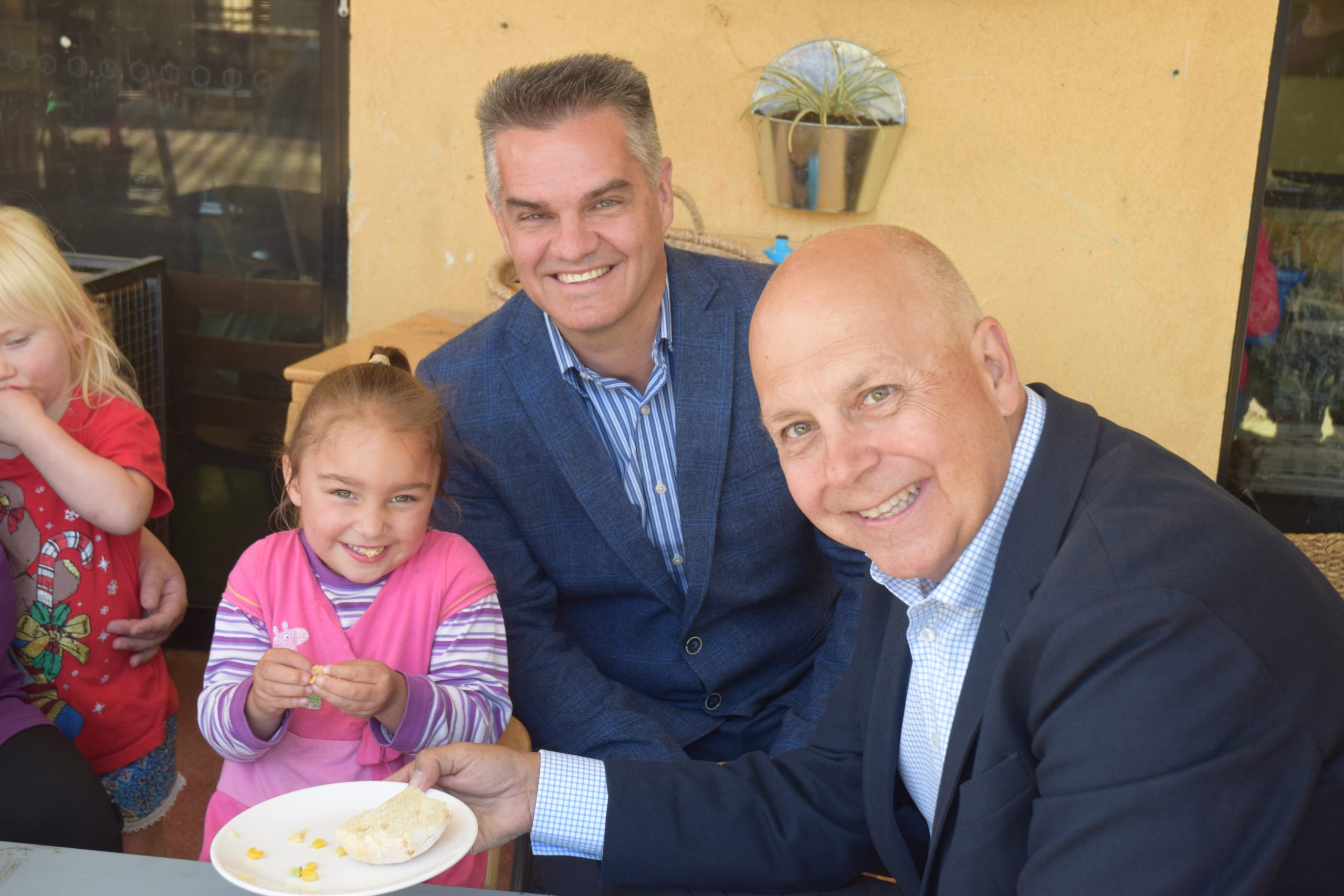 Major Latrobe Valley central business districts will have free public Wi-Fi by 2020 if Labor is re-elected on Saturday, in a plan which the state government says would benefit voters young and old.

The region would join major Victorian centres including Bendigo, Ballarat, Geelong and Shepparton which have had free public Wi-Fi rolled out during Labor’s term in government.

Infrastructure would be introduced as early as next year in Morwell and Traralgon, as well as the Narracan seat town of Moe, to ensure people have access to free Wi-Fi as part of the state’s $45 million Connecting Regional Communities Program.

It was one of three commitments Treasurer Tim Pallas made yesterday beneath a lemon-scented gum in Morwell’s Centenary Rose Garden where he also promised to make two early childhood education TAFE courses free to help with the demand for three-year-old kinder.

Mr Pallas, alongside MP Harriet Shing and Labor candidate for Morwell Mark Richards, said the Wi-Fi networks would improve e-commerce capabilities for business and offer opportunities for students looking to study away from school.

“This will ensure that the community is better connected,” Mr Pallas said.

“It will also compensate in circumstances where connectivity on our phone [network] isn’t up-to-speed or indeed capable dealing with the data requirements.

“It will allow students to better undertake study. It will allow businesses to be connected and of course it will provide for cheaper connection costs as a consequence of the state making this free in the city.”

Latrobe City and local traders will be consulted in each town to determine the location and coverage of the network, in conjunction with the telecommunication company which offered the best deal, a state government spokesman said.

The election promise coincided with a pledge to make two early childhood TAFE courses free to cope with growing demand in the early learning sector.

“The earlier we get this education, the better it’s going to be for everybody,” Ms Snell said.

“In terms of offering a [free] diploma or certificate … that would make it so much easier to hire staff and actually cater for their needs.”