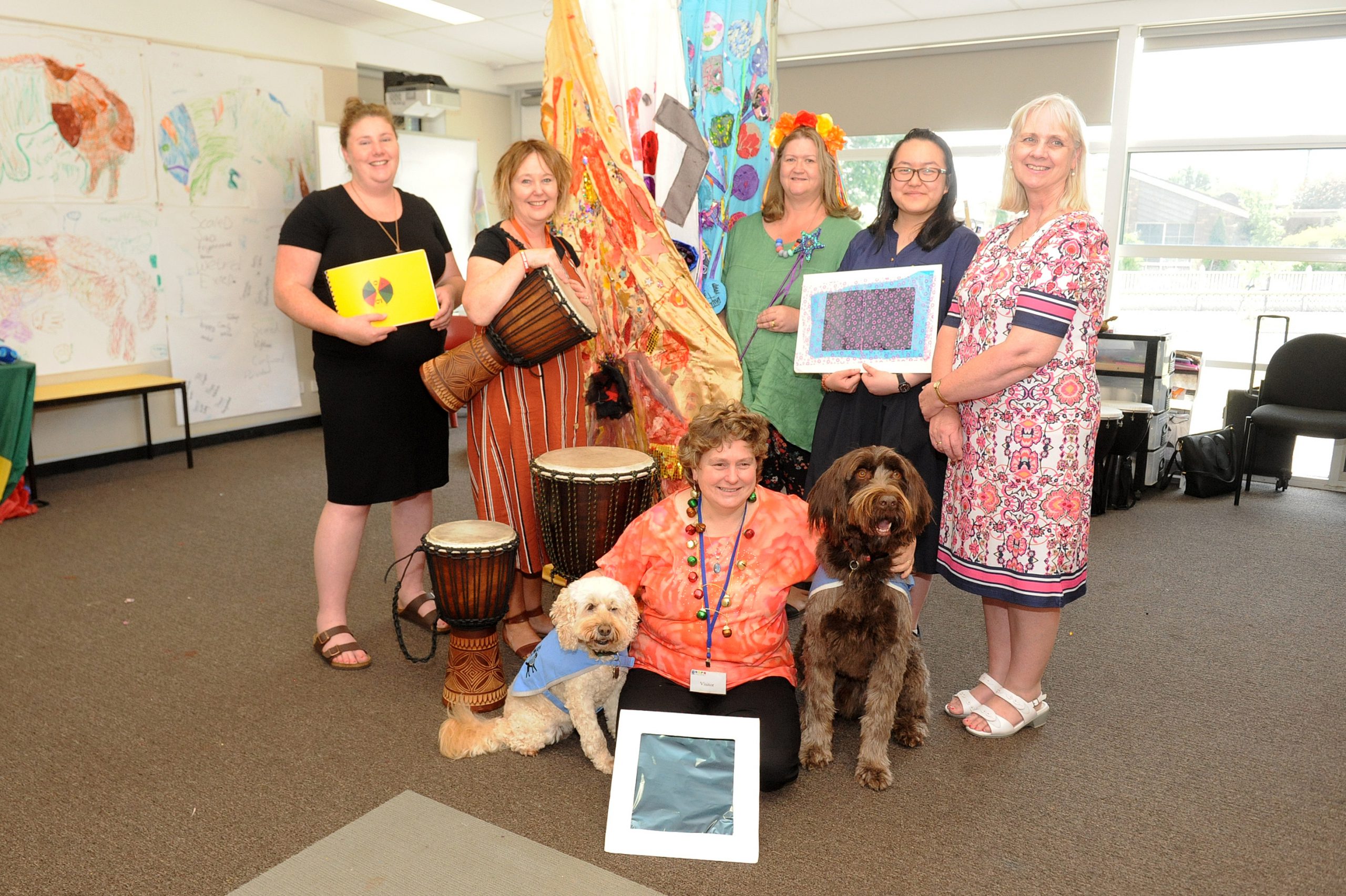 A pilot program providing 18 students at Newborough East Primary School with access to music, art and animal-assisted therapies has wrapped up with the unveiling of a parachute they created over the six-week trial.

The Parachute Outreach Program is an initiative of Latrobe Community Health Services which assists students from grade prep to six to recognise and express their emotions.

Children’s counselling, art therapy, drumming therapy and animal-assisted therapy contributed to the sessions, in which students would each week form a drumming circle, share thoughts about respect and participate in exercises with two therapy dogs, exploring how feelings are expressed through behaviour.

Students were also encouraged to create pieces of art individually and together to decorate five pieces of fabric from which the colourful parachute was eventually constructed.

“We’re finding today so many children don’t have emotional language,” she said.

“From our counselling program with LCHS with children, we were finding it was difficult for some parents to get their children [to LCHS] after school, and we didn’t have enough appointments available after school and we found that the children were quite tired after school,” she said.

“It is LCHS clients, but with the generosity of NEPS we are using their space and, with consent from parents and caregivers, we are able to have those sensitive conversations… it has been a real win.”

Ms Noy said LCHS would be interested in extending the program to Morwell and Traralgon if collaborative partnerships with schools could be established.