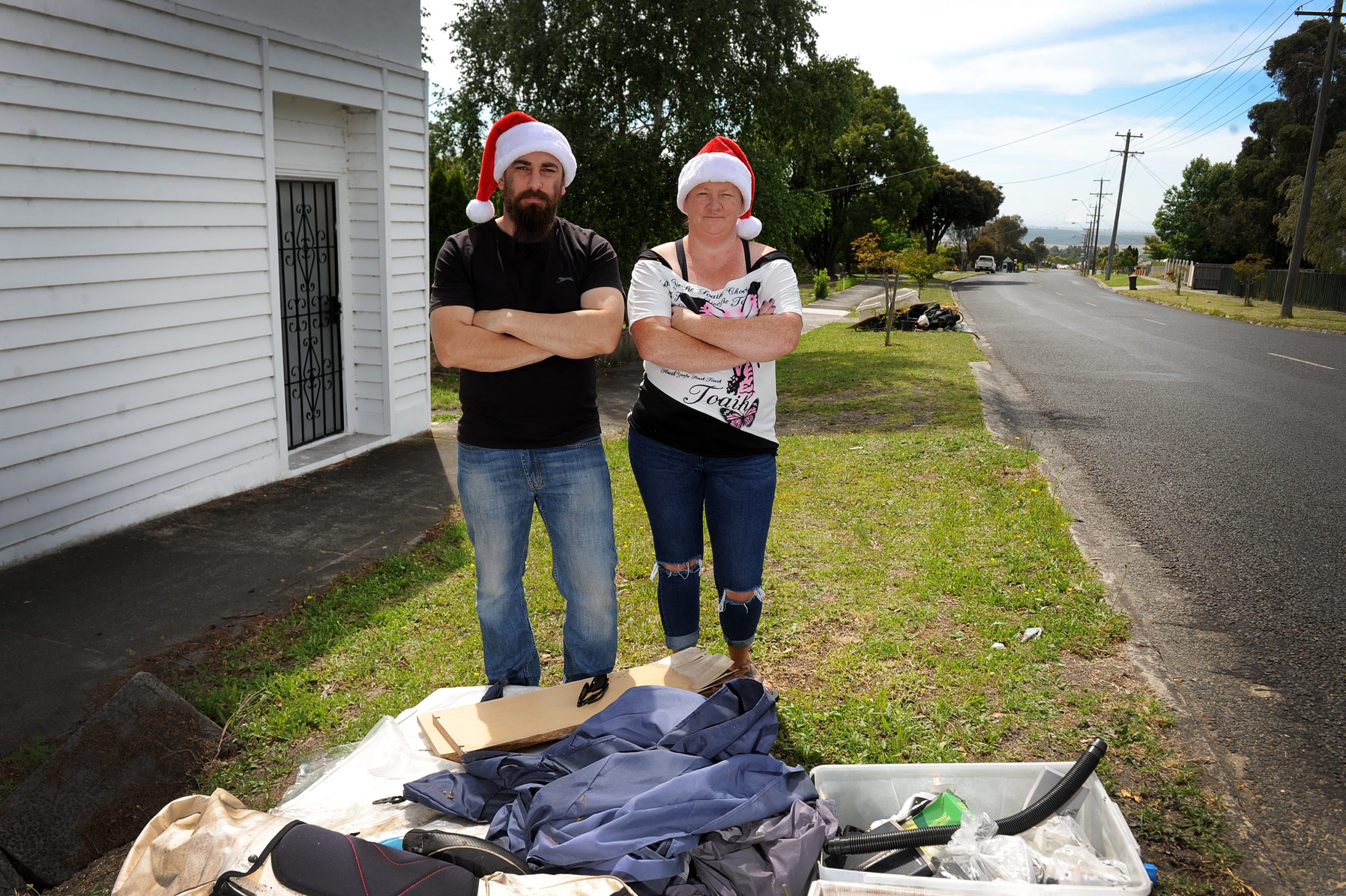 Locals are disappointed with the timing and claim the council has scheduled hard rubbish collection dates in December “for years”, which makes the town look “untidy” and “disgusting”.

It comes as the town this year has more than 45 households participating in its annual Christmas lights display – and is on track to break the town’s record of 68 households set last year.

Mother of two Charmaine Jessopp, who has lived in Yallourn North for eight years, said council’s timing of hard rubbish collection dates “could be more appropriate”.

“There would be other families in our town who would say the same thing – it’s just a bit of a silly time to have it,” Ms Jessopp said.

“It’s not a good month to have it because it makes the town look untidy particularly given the festival season.”

“Every year Yallourn North goes to great effort to welcome people into our community be it for Christmas lights, carols, or festivals,” Mr Wasiukiewicz said.

“And every December the streets are lined with rubbish when they come. Why not have it all wrapped up at the end of November or after the term three school holidays so people have time to collect their rubbish?”

Mr Wasiukiewicz said residents had approached contractors working in the town to dump their hard rubbish in industrial worksite bins to avoid piling up the waste on their nature strips in the lead up to Christmas.

“This year it isn’t too bad, but last year it was woeful,” he said.

Born-and-bred Yallourn North resident Sonia Jonkers, who annually decorates her house with Christmas lights, said she took her rubbish to the tip this year because she didn’t appreciate the unkempt look either.

“Council does [collections] twice a year, in May and December, but it would be good if they could change it to October or early November or even after Christmas to stop our town looking untidy at Christmas,” Ms Jonkers said.

“We have received significant feedback from our community that the December collection provides an ideal time clean up prior to the busy summer and Christmas periods. As such, we are not intending to change our collection program,” he said.

“With the changes to the waste coupon system it is now easier for the community to book the service via our call centre.

“We have seen a significant increase in request for the December collections from 550 requests in 2017 to 748 in 2018. Latrobe City Council is pleased with the response from the community and we are keen to continue to work.”