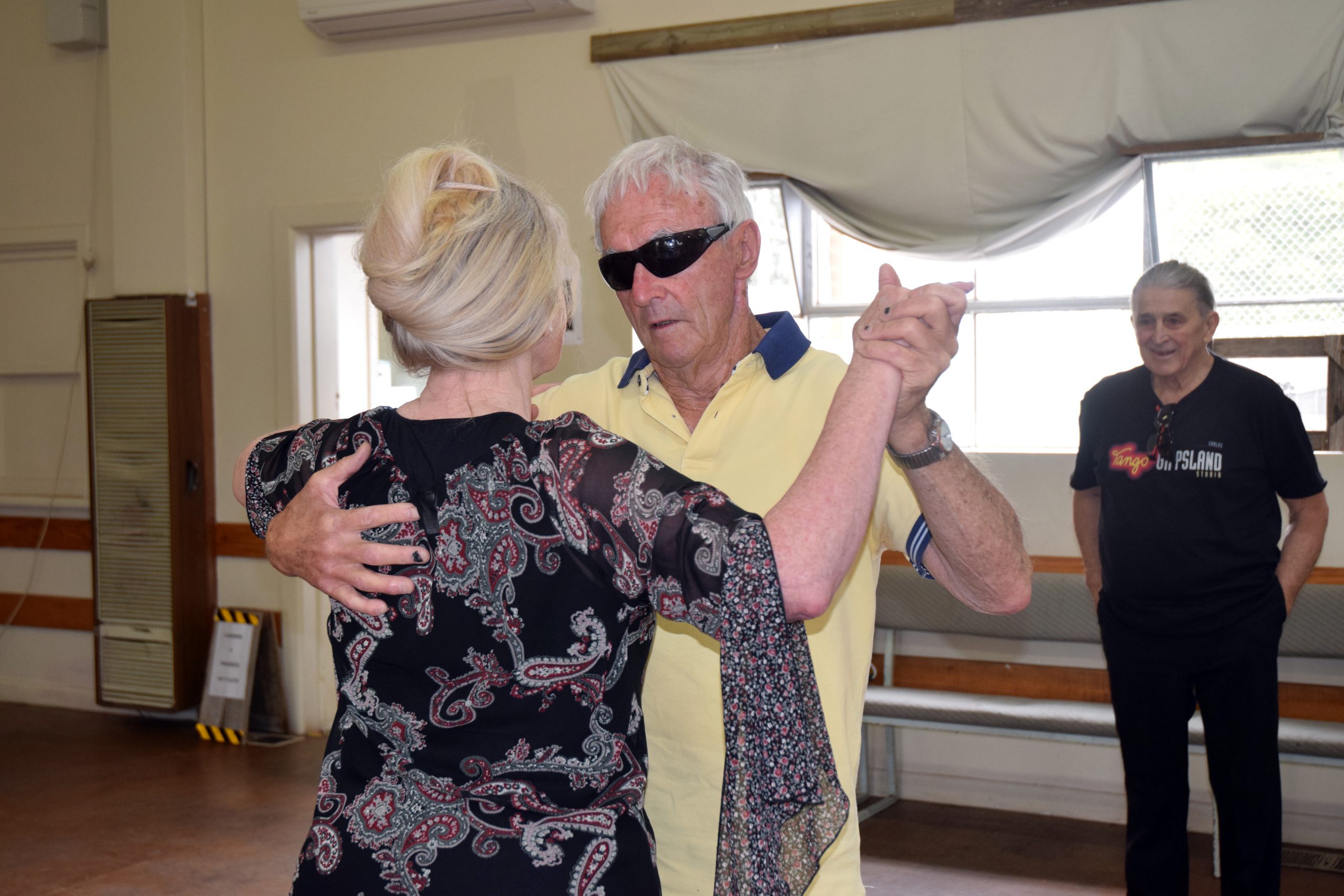 While it does take two to tango, in the traditional Argentinian form of the dance it takes one to lead – something which 78-year-old John O’Keefe has been working hard to learn.

While the tango can be complicated enough to learn of its own volition, Mr O’Keefe is legally blind and cannot see the dance moves which he is learning.

He hasn’t, however, let that deter him from learning to dance and to lead.

While Mr O’Keefe has only been attending tango classes for about a month, he said the practice had helped him “find a bit of rhythm”.

“I got much more out of it than I expected,” he said.

Mr O’Keefe, a Bowen therapist, learned about the tango classes, which are run not-for-profit at The VRI hall in Traralon, through a client.

“He told me how much he enjoyed it and he said ‘you should have a go at it’ … ‘I’ll pick you up and take you down one night’ and that was it,” Mr O’Keefe said.

“He brought me down and I’m still coming.

“I just think it is a great thing instead of sitting home and doing nothing. I get out, get up and move. It is a great motivator.”

Tango instructor Carlos Argentina said Mr O’Keefe had been coming to class an hour early to train with a fellow dancer.

“The other challenge is perhaps when we show some new fancy steps, they are hard perhaps to describe in words,” Mr Argentina said.

“But when it comes time to dance, it is about feeling the steps.

“John is being a leader, that is what he has been trained to do and he is doing it well.”

Mr Argentina said he tried to bring in diverse tango teachers to the classes every now and again to “spice it up”, and would have a “fancy tango” instructor at the class next Tuesday.

“Tango [is] … extremely beneficial for people with any restrictions to their body, but also for people with Alzheimer’s, dementia because [tango] has the heartbeat,” he said.

Mr Argentina said new people were welcome to join the class, which costs $5 for two hours at the VRI Hall on Tuesday at 7pm, or to watch.