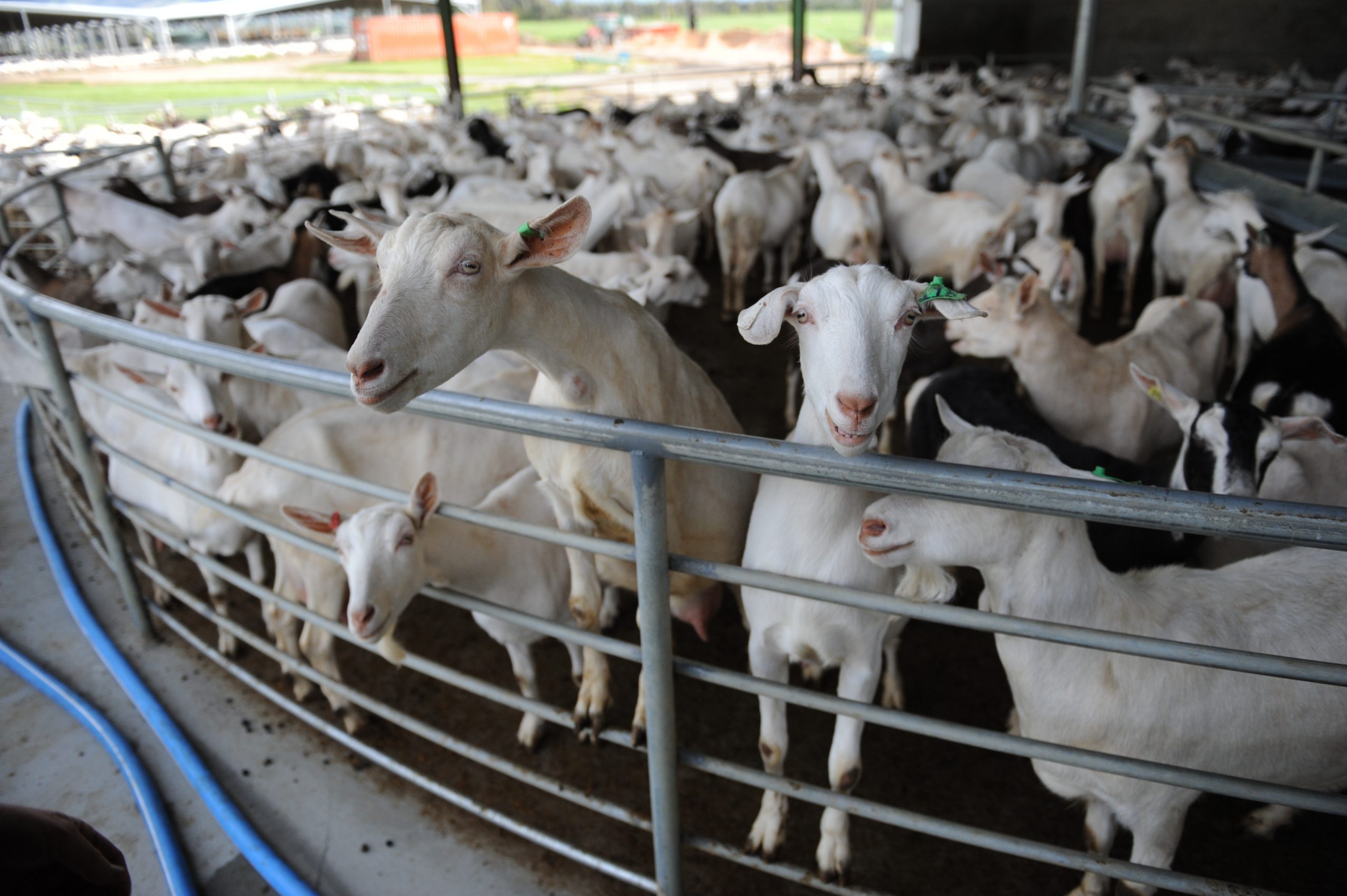 A Yarragon goat farmer is reeling after radical animal activists entered his property on Saturday morning and stole livestock, including lactating goats and an unweaned lamb from a children’s petting nursery.

The incident at the Gippy Goat Café is the third time owner John Gommans has been targeted by activists, following similar actions at his Caldermeade farm and café a few months ago.

Warragul police are investigating the thefts in which about 50 people entered the property at about 6.45am and loaded the animals into the back of a station wagon.

Mr Gommans has been forced to close over the holiday period and said he feared for the welfare of his livestock, including a dairy goat which was being treated by a vet for lameness.

He said the other missing animals included a black kid goat, a lamb and a doe with kids at foot, but her kids were left behind without their mother.

“The kids are unhappy and won’t take a bottle. The doe will need milking or [she] will develop mastitis and this will likely be fatal,” Mr Gommans said.

Mr Gommans milks 2000 goats at the Yarragon farm and tourist café and said his staff shut down the dairy and called the police when confronted by the large crowd.

He said security images and video footage was taken at the raid and the activists’ number plate was recorded but police were yet to charge anyone.

“They were brazen up against the police and a lot of people are amazed at their flagrant disregard for the police – it’s appalling,” he said.

Mr Gommans said he was contacted by other farmers who had been hit by animal activists and he had also been in contact with the Victorian Farmers Federation.

Warragul police Sergeant Dean Waddell said the animals had already been taken away by the time police arrived and the remaining protesters left peacefully.

Sgt Wardell said police would press charges when the animals were located.

“We believe they were already familiar with the property. Farmers should be vigilant as the activists said they will be back down this way,” Sergeant Waddell said.

Victorian Farmers Federation president David Jochinke called for tougher laws to charge activists who trespass on farms to take animals. He also urged other farmers to be on the lookout.

“They are allowed to have their beliefs. We should celebrate this diversity but when they break the law they should be dealt with accordingly,” Mr Jochinke said.

“Farmers are law-abiding citizens and these people are entering illegally and stopping businesses and putting animals’ welfare at risk.”