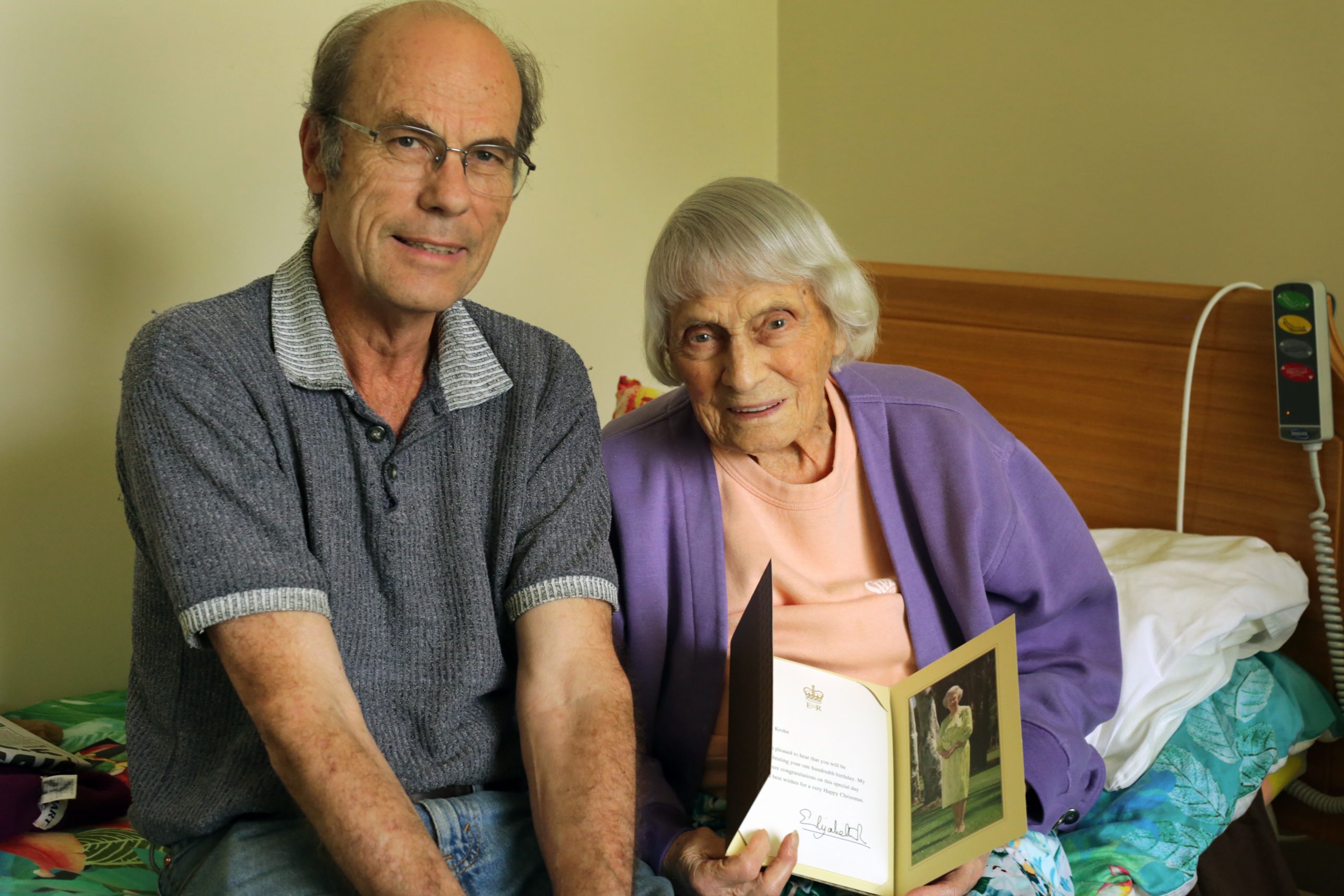 While children dreamt of what might await them under the Christmas tree, Morwell resident Lorna Krohn celebrated her 100th birthday on Christmas Eve with her son David and close family and friends.

The trick for Ms Krohn to longevity was “good parents, old parents” as was the case with her parents Edith Dunn and Edward Ruff who both lived long lives.

But it was also a country upbringing in Sale where farm animals helped a young family stay stable in the Great Depression.

“We had the cows and that meant we could have milk and cream and we had chooks which meant we had chooks to eat and eggs were being laid,” Lorna said.

Even so, “things weren’t the best” at the time.

“I remember I was out in the yard at home once and dad was with me and a man came to the gate, called out over the gate … and dad went in and got him … a double loaf,” Lorna said.

Another memory is from state school in Sale when the students were asked to stand up and keep their heads down as teachers asked: ‘Put your hand up if your father hasn’t got a job’.

The family of seven lived in a tiny A-frame cottage.

David can remember his mother telling him about the day electricity was connected to the house.

“Grandma [was] screaming ‘Turn it off! Turn it off!’ because of all the brightness showing all of the cobwebs and the candle stains on the ceiling,” David said.

Lorna was working as a teacher at the old school in Boolarra with a wage that left “two bob for yourself” after rent when she met her husband, Harold.

He grew up in Mirboo North and they boarded at the same place in Boolarra.

“I remember the first time I saw him he was riding his pushbike down from Mirboo North and I didn’t know who he was and I thought ‘I wonder who that was’,” she said.

Later he was cleaning his bike under the veranda when he asked Lorna whether he would go to the pictures with her.

Lorna married Harold in a borrowed wedding dress in Sale during World War II when Harold returned from New Guinea on a week’s leave while serving in the Royal Australian Air Force as a radio mechanic.

“It was sad but happy,” Lorna said.

Lorna remembers farewelling him at the station again.

“[There were] young men all in their khaki and their caps going back north again. You used to wonder how many of them would not come back home again,” she said.

But Harold did and they established a life in Morwell in a part of town with no water supply and “lumps and bumps” for roads.

“We were all in the bush, cows looking at you,” she said.

“I had to cook on my hands and knees in the lounge – what was to be the lounge – over two bars over an open fire and balance the saucepans.

“It was a happy time because Harold and I were together and everyone was the same – you didn’t envy anyone else they were all the same as you, all out fixing their toilets, all out not being able to get along the road.”

Harold later worked for the State Electricity Commission, as did the couple’s only child David.

David spoke at his father’s funeral in 1998.

“Dad and mum don’t look for the bad in people. They look for the good and live their lives accordingly,” David said.