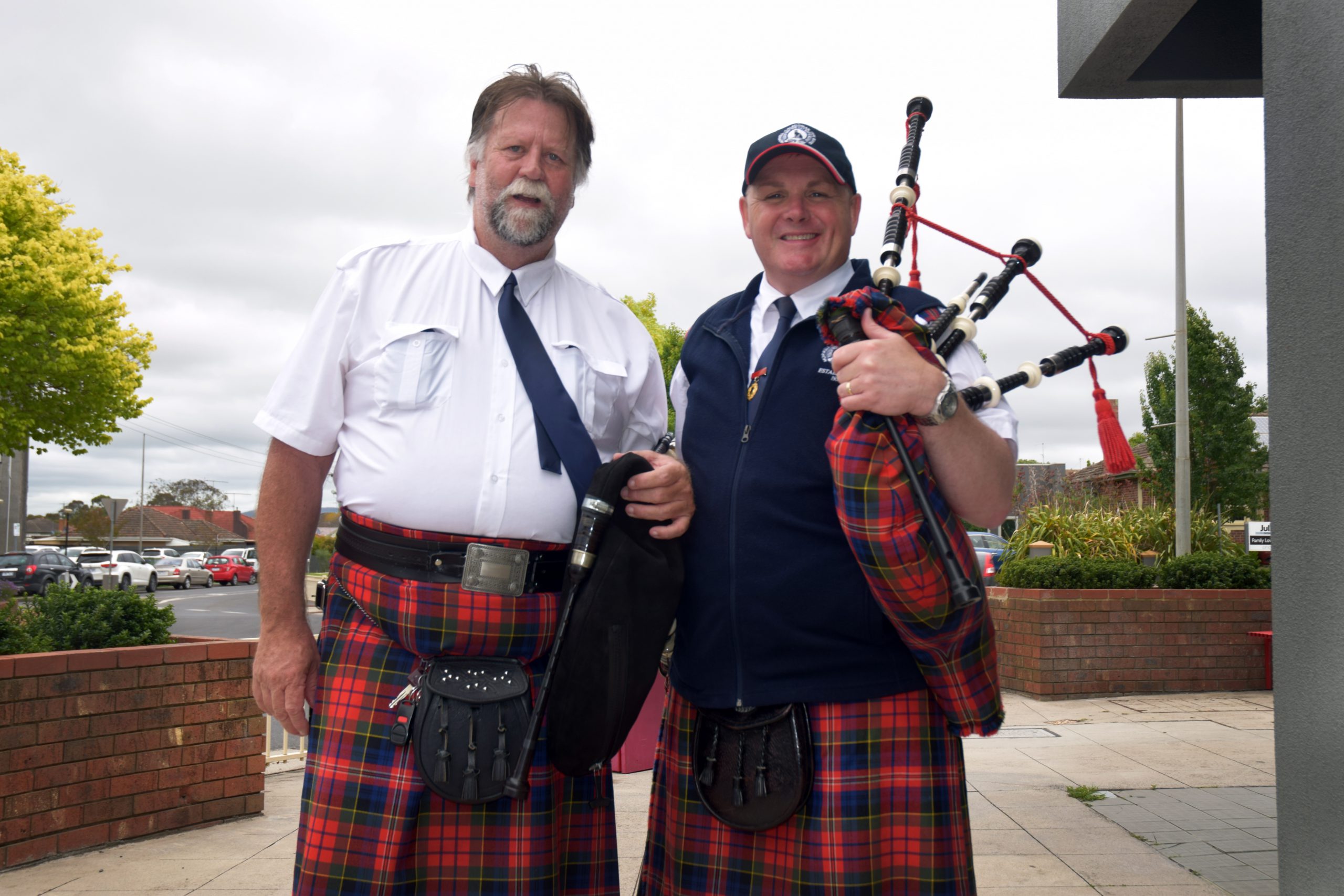 Pipers Richard Harris and Dave Hastie said they were “engaged” by Advance Morwell to bring some festive merriment to the township.

“We did it for four years in a row and then it went by the wayside and we’ve been brought back in,” Mr Hastie said.

The duo started their set on Church Street and marched up Tarwin Street and George Street before finishing up at Legacy Place.

“It’s fantastic. We were over in Church Street and shop owners came out from everywhere and were filming and photographing and people were stopping in the middle of the road,” Mr Hastie said.

“We absolutely love it. We like the music, the instrument and the tradition,” Mr Harris said.

“We’re playing traditional songs, Scottish songs and the odd carol thrown in there as well.”

Mr Harris has been on the pipes for 44 years and Mr Hastie 38 years and both are preparing to celebrate a milestone at the Morwell Caledonian Pipe Band.

“The Morwell Caledonian Pipe Band has been around for 80 years next year,” Mr Hastie said.

“We have our 80th celebration next year and we still manage to survive. It’s harder to get members; young people generally don’t learn the pipes these days, especially in the country.

“It’s similar to the recorder in the early days but to put in the time and learn the techniques – it’s a lot to learn.”