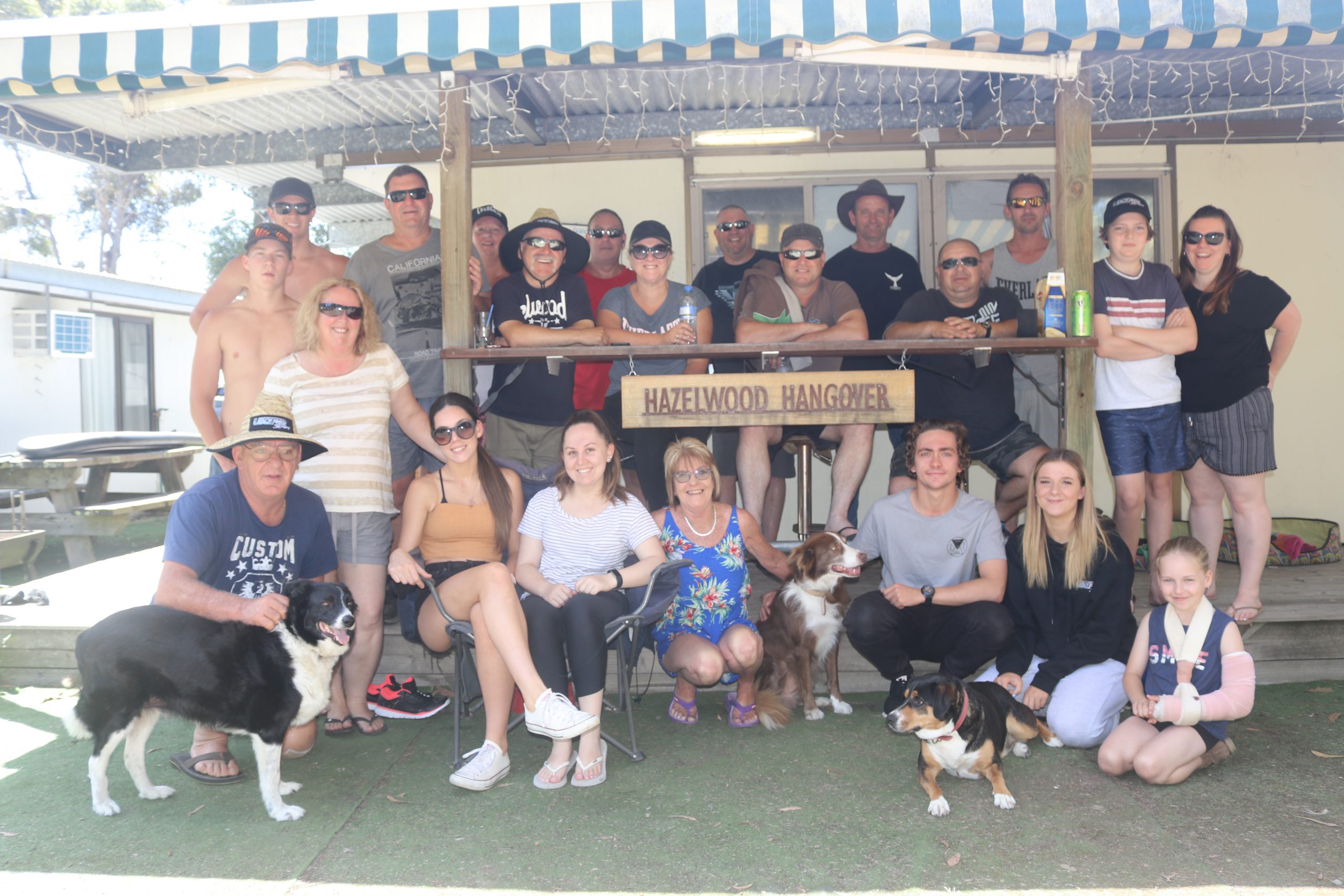 Hazelwood Pondage Caravan Park site holders and campers kicked back to enjoy one last New Years’ Eve together before the park permanently closes on January 14.

Site holder Deb Shkreli estimated park visitors had dropped by more than half over the Christmas holidays due to ENGIE closing the pondage to boating and water skiing activities.

In years past her family would roll-up on Christmas Eve to lay out a sumptuous spread but this year they arrived a few days later to see out 2018.

“It’s a lot quieter and there’s not the hundreds of people here. You’d normally wake up to the sound of boats and there’d be deck chairs everywhere,” Ms Shkreli said.

“This year we came a bit later because we can’t water ski but we still wanted to come here with friends and relax and enjoy our last summer even if we couldn’t ski.”

Site holders instead enjoyed the park’s serenity and used the opportunity to chill out over a few coldies, put on a communal movie night or walk the dogs.

Latrobe City Council had ordered site holders decommission their sites by the end of March so council could hand the land back to ENGIE.

However, many site holders said they would stand strong until the last hurrah, hoping the park would get a last minute reprieve from the state government to step in and keep it open.

“At this stage, we have no plans to move out,” Ms Shkreli said.

“There are a lot of people here who are saying ‘why pack up now when there is some glimmer of hope it can be kept open?'”

David Whitty said he went to check out the boating conditions at Lake Narracan last week to attempt some skiing with the family.

“It was terrible – too many boats, and it’s too dangerous. You don’t know what’s under the water. The pondage is the safest water in Victoria – I could let my 16-year-old drive the boat with a ski on it,” Mr Whitty said.

“We are waiting to see what happens here.We won’t pack down until the last moment. Next year we will head up north maybe to Bonnie Doon or the Murray.”

Lisa Hatigan was another site holder happy to have a last catch up – despite having no water access – to enjoy the sense of community that had been built around the pondage.

“We normally spend two weeks here but this year we will spend one week as it’s hard without boat and lake access but we still like the campgrounds,” Ms Hatigan said.

“A lot of people don’t see each other outside of Hazelwood. The kids have grown up together here. Afterwards we will probably rely on social media to keep in touch.”

Member for Morwell Russell Northe has pledged to raise the future of the Hazelwood Pondage in his first speech to Parliament this year.