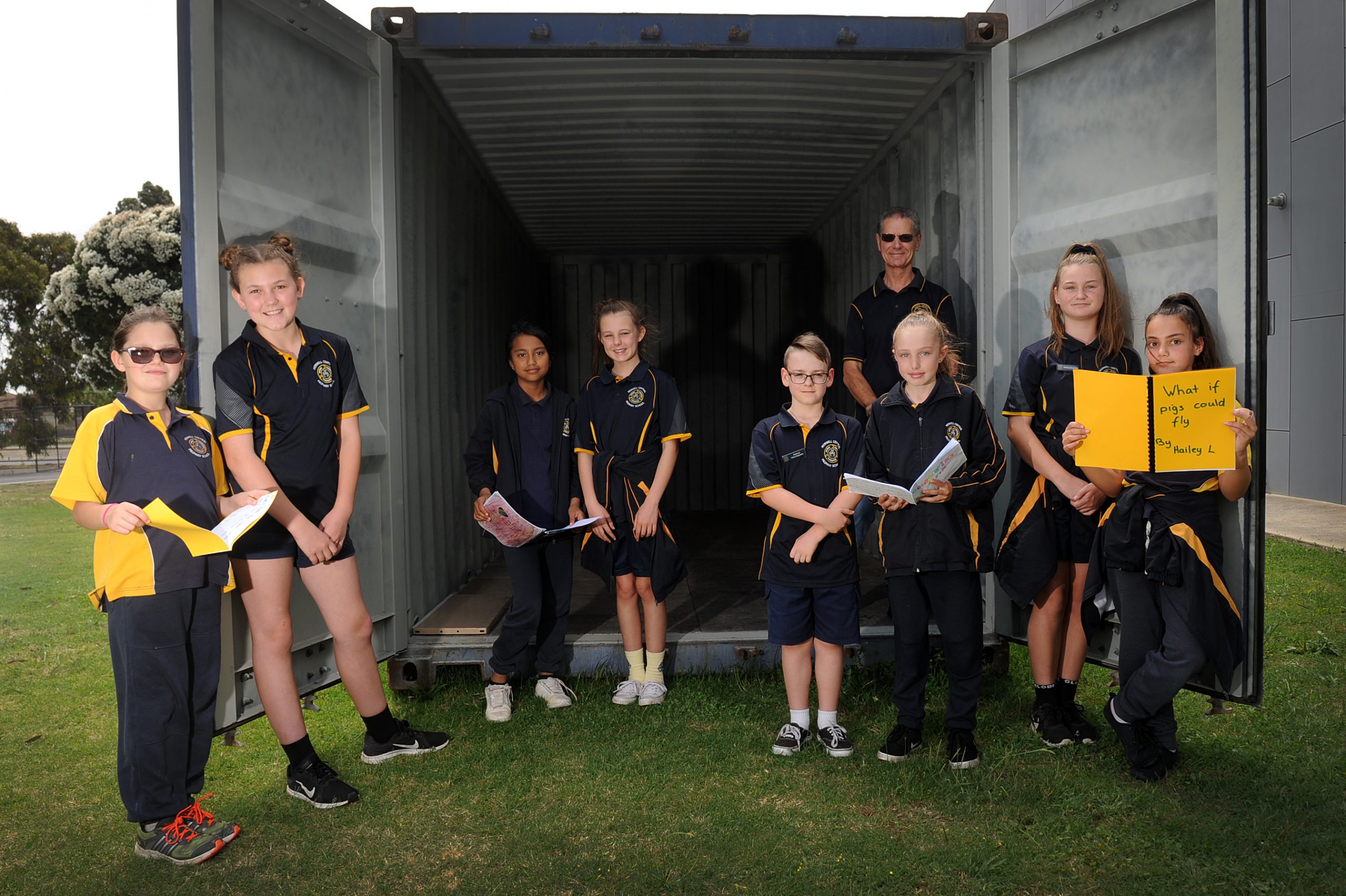 An empty shipping container standing on Morwell Central Primary School’s oval is not only the steel shell of a 12,000-book library to be sent to a Kenyan school.

It has been a fundraising target and an ongoing feature of the school curriculum.

It has become a full-time enterprise for retired school teacher, Max Sargent.

And it has been the centre of a campaign which has attracted support from not only across the Latrobe Valley but beyond.

“I reckon there would have to be hundreds of times where people’s generosity has just surprised the socks off you,” Mr Sargent said.

As Morwell Central Primary School students and staff started their summer holidays, fundraising for the shipping container library sits at $7000, and when they return in 2019, the project will still need their attention.

The exterior will be painted by students and later stand on Kenyan soil at the Mercy Children’s Home and School near Uriri in the country’s west.

Before the school day had even started, he said the children were already learning of their own accord, but one classroom had as little as a piece of newspaper to share.

“It just struck my heart to think these kids are so ready to learn but there is nothing suitable for reading material,” he said.

“They have that sense without education they’re going to be locked into poverty or locked into dependence of other people for the rest of their life.

“That set the dream to think about sending a library across,” he said.

As an emergency teacher at Morwell Central, Mr Sargent took his idea to the school.

With the amalgamation of the Morwell schools, there was already a surplus of books to start filling shelves, but as the project grew, other schools had more to contribute.

Mr Sargent spoke to The Express before going to Casey library to collect donated books.

The shipping container will include sporting equipment and even musical instruments with an entirely catalogued library.

“It will be catalogued in such a way when school does get into the electronic era they can do electronic borrowing with that system,” he said.

What started as a $10,000 fundraising target has crept up to $12,000 as Mr Sargent has factored in other unknown costs and import duties.

It was a school project where students in small groups borrowed $20 from the school to create a business plan, sell a service or wares and then return the $20.

School captain Maecy said it was fun but also challenging.

“It was good to work in groups and knowing it was for a good cause,” she said.

The students have also created their own colourful books Mr Sargent will take to the Kenyan children which he hopes will initiate ongoing communication between the schools.

Morwell Central principal Justine Smyth said the project was not a one-off undertaking, but was ongoing learning for the children about their individual responsibility to help people.

“Children learn when they have authenticity and purpose,” Ms Smyth said.

“They were all able to give me the $20 back for the school as well as make a lot of money for Max which I think is fantastic.”