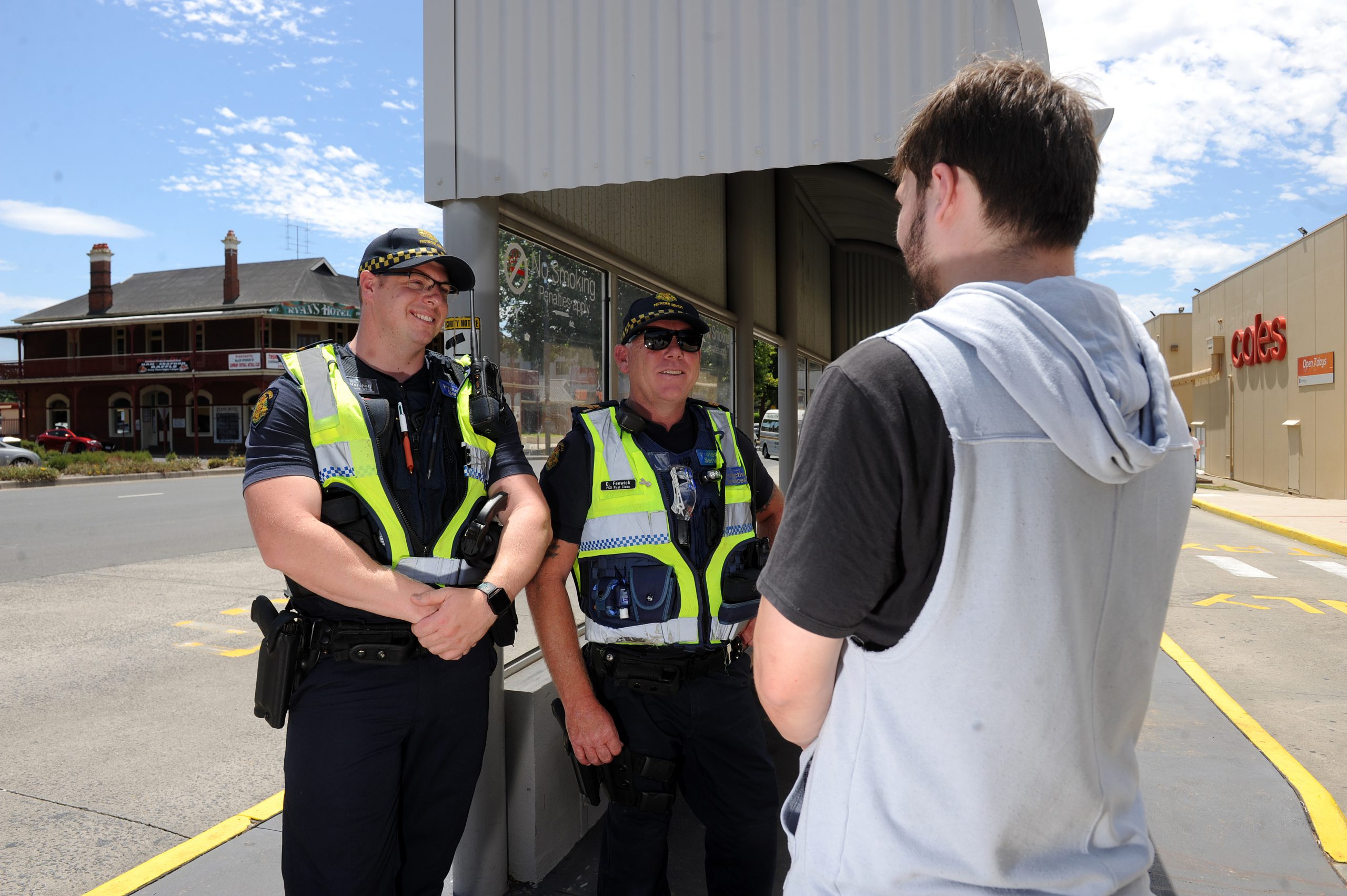 Police bicycle patrols could be reintroduced in Traralgon’s central business district under a plan by police to crack down on anti-social behaviour.

The proposal coincides with an increase in police foot patrols across the town’s streets and nominated areas which have previously attracted unwanted hooligans.

Traralgon Senior Sergeant Howard Jones said the plan would address people “hanging around” in certain areas including near the Traralgon Plaza – leaving people, including the elderly, feeling unsafe.

“We realise that having police on foot is a major part of improving the safety of the people in the CBD,” Senior Sergeant Jones said.

“The aim is to have police on the streets on foot on a regular basis, at least two [police]. It’s not about having large numbers of police occasionally, it’s about having a consistent approach to dealing with these issues in the area.”

Senior Sergeant Jones said the anti-social behaviour involved “quite a few people under 18”, but said the problem involved people of all ages across the board.

“Re-commencing police bicycle patrols in the area and the addition of PSOs visiting all the transit hubs in the Latrobe Valley is helping address this kind of behaviour,” he said.

“They patrol the [Traralgon Plaza] bus stop on a daily basis and their presence has been immediately successful with a lot of positive feedback from the public.”

The plan to reintroduce police bicycle patrols comes less than a month after transit police arrested 13 people caught allegedly stealing from the Coles supermarket in Traralgon Plaza as part of the two-day Operation Anti-Social.

Traralgon Chamber of Commerce president Luke Henderson said traders had reported an increase in anti-social behaviour in the past 12 months, and welcomed news of an increased police presence.

“We’d be pretty keen for an increased presence and the return of the bicycle patrol would be a great initiative,” Mr Henderson said.

“Feedback from traders has indicated that anti-social behaviour is on the rise with the growth of the town and all those additional services would be welcomed.”