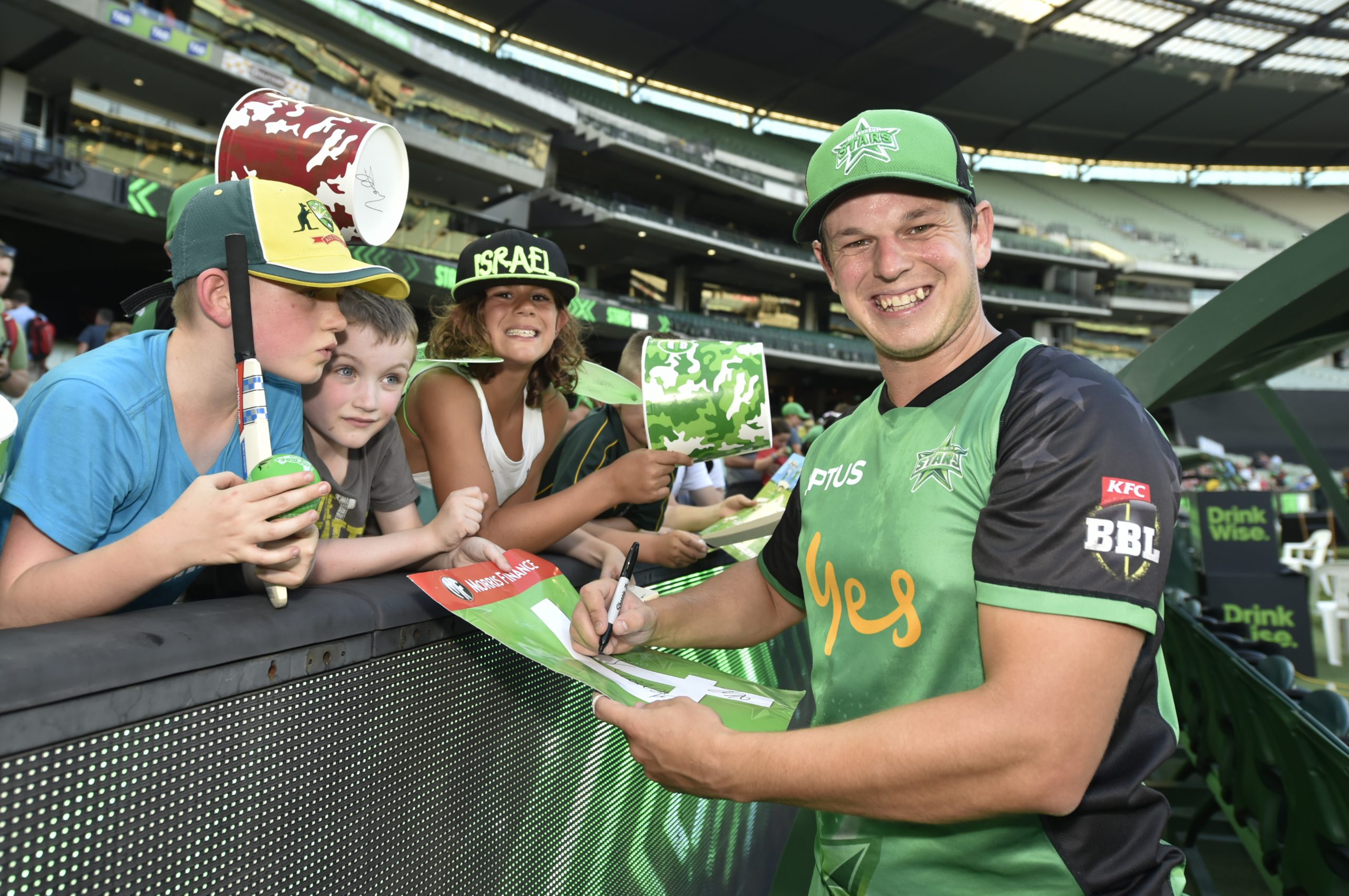 Ahead of this week’s Big Bash League clash with the Adelaide Strikers in Moe, all-rounder Evan Gulbis said the Melbourne Stars were “building” with finals in sight.

In fifth spot on the BBL ladder, the Stars have welcomed back a host of big-name players for Wednesday fresh from Australian team duties including Glenn Maxwell, Marcus Stoinis, Adam Zampa and Peter Handscomb.

“We’re building for the tournament … it’s a very long tournament this year and then with getting our players back from Australian duties we’re really looking forward to the next six games,” Gulbis said.

“In retrospect, we’ve got a very good list and we’re looking to [put] all that into our performance.”

After three consecutive losses left them bottom of the ladder, the inclusion of Maxwell, Stoinis, Zampa and Handscomb bolstered the Stars for an all-important steadying win over cross-town rivals Melbourne Renegades on Saturday night.

Gulbis said the string of losses had helped the Stars appreciate the wins more.

“It’s always disappointing when you lose games of cricket but they’re the times that make winning even better,” he said.

“We’ve had a big change over of personnel since last season, some new fresh faces and some new energy into the group and that adds excitement.”

Gulbis, 32, was excited by the prospect of bringing a game for points to the Latrobe Valley and said it was a “fantastic opportunity” to showcase the game to people in regional Victoria.

“It’s about exposing the game to the kids and bringing the cricket to the people is the best way to do that,” he said.

“I’m looking forward to playing a day game. It’s just great to get out to the regional communities and be able to play in in front of some kids who may have never had an opportunity to get to a game before.”

The Melbourne Stars and Adelaide Strikers will play at Ted Summerton Reserve in Moe on Wednesday at 3pm.