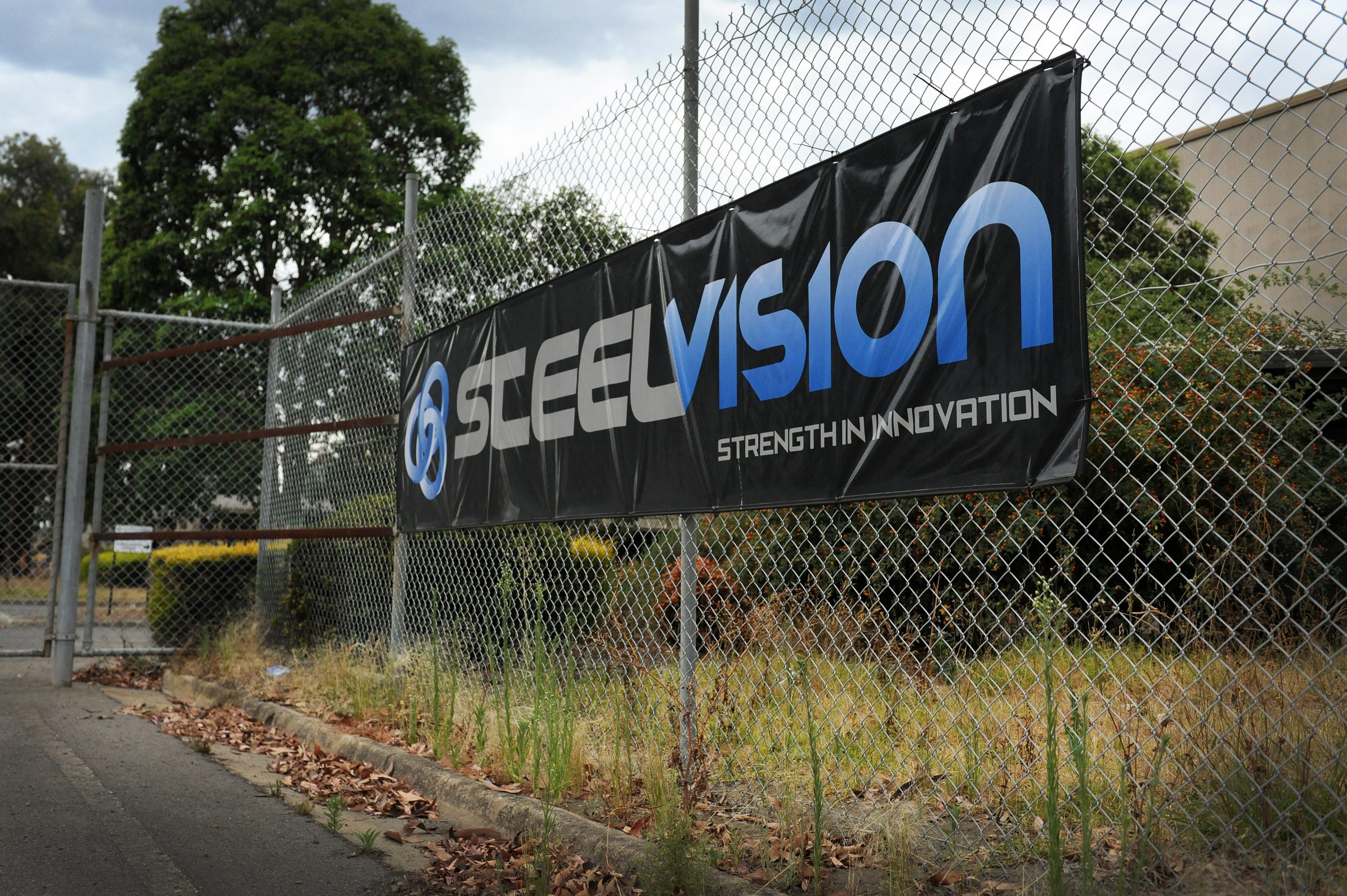 Administrators have been appointed to take over Steelvision after its sole director last week declared the company – which received more than half a million dollars in Victorian taxpayer money less than 12 months ago – was insolvent.

A creditors’ claim summary report obtained by The Express shows 412 creditors are owed $10.1 million, excluding many Latrobe Valley businesses which are owed more than $1 million collectively by the embattled company.

It comes as a former Latrobe City economic development officer criticised Regional Development Victoria, the body responsible for handing over the funding, labelling the situation “a joke”.

Documents seen by The Express suggest Steelvision owner-director David Gooley sought help from administrators Hamilton Murphy as early as September 2018, six months after the company was brought before the Supreme Court of Victoria for unpaid payroll tax concerns.

The company was placed into voluntary administration on Tuesday – less than 24 hours before it was due to face a wind up notice in court, which was later adjourned.

A letter sent from administrators Hamilton Murphy advised on Tuesday of a creditors’ meeting scheduled for February 4.

But Leo Billington, a former Latrobe City economic development officer and lecturer in marketing and management at Holmesglen, criticised the state government’s due diligence and described Regional Development Victoria’s funding process as “flawed”.

“These mistakes ought not to be made if the intent is to create long-term, sustained employment,” Mr Billington, who works as a business consultant, said.

“The other aspect of the flawed process is that it makes our region a bit of joke.

“Overall, the haste to create employment by attracting or offering incentives needs to be more thoroughly thought through.”

On Friday, Member for Morwell Russell Northe wrote to Premier Daniel Andrews and Treasurer Tim Pallas calling on the state government to intervene, claiming it “has liability and responsibility in these matters”.

When The Express first questioned Mr Pallas about the funding arrangement between Steelvision and the state government in September, Mr Pallas defended his government’s decision to provide financial support.

“We had a view that we needed to work with this company and help them through the difficult times,” Mr Pallas said at the time.

In his letter to Mr Pallas and Mr Andrews, Mr Northe said “It is disappointing to say the least that local businesses and employees continue to be kept in the dark … whilst the state government at the same time seems to absolve itself of any responsibility”.

“I understand that some worker and business support might be on offer but the only appropriate support is to ensure that local employees and businesses are paid in full for the goods, services and employment they have rendered to Steelvision Morwell,” the letter read.

However, RDV has repeatedly defended its decision to award the grant, despite undertaking a financial risk assessment which considered both the historical and projected trading of the business as well as a due diligence check on the company and its directors.

The Express has made multiple attempts to contact Mr Gooley, however, he has not responded to requests for an interview.