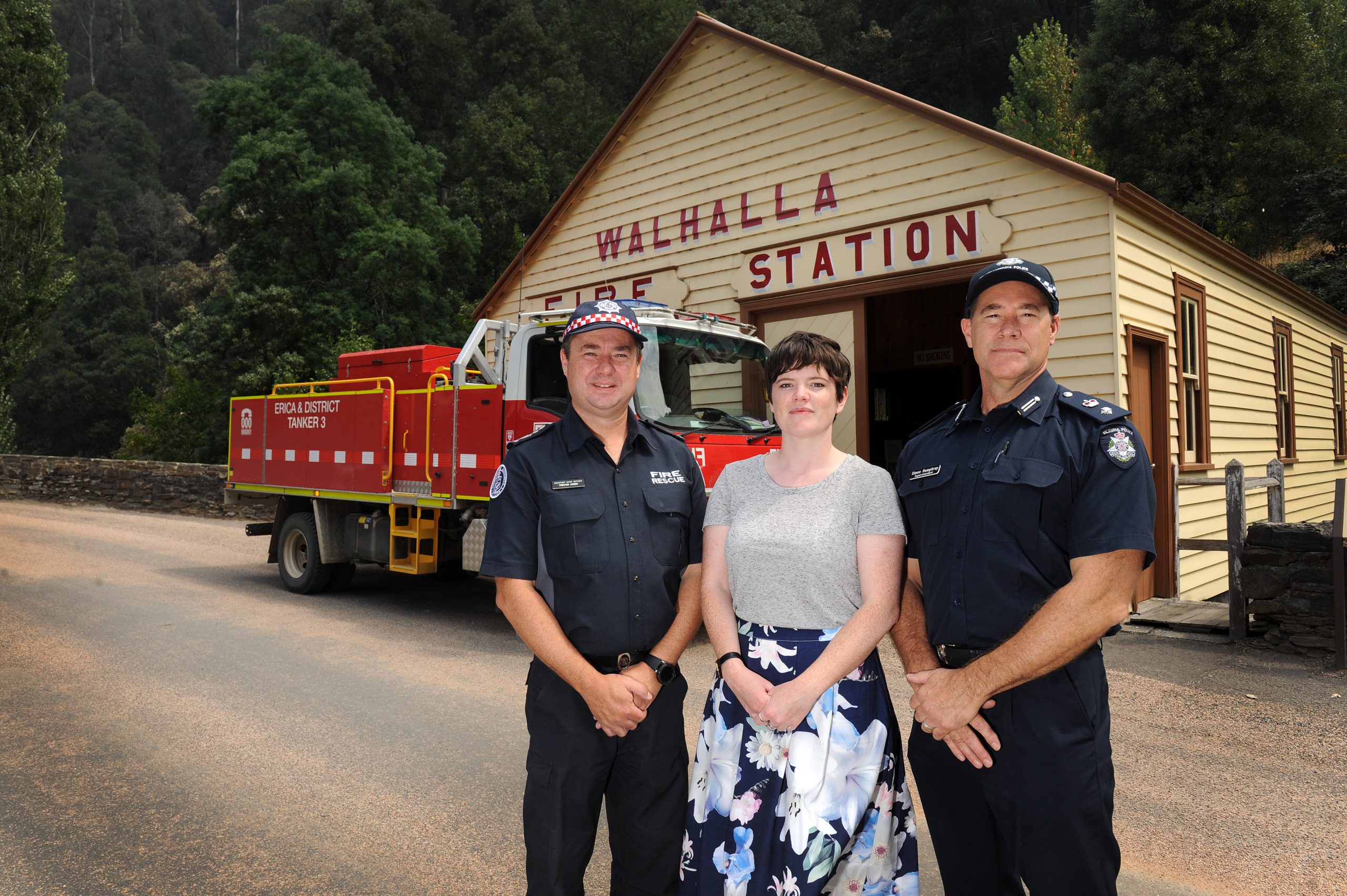 A new campaign encouraging Gippslanders to “know the rules” this bushfire season was launched at Walhalla’s historic fire station yesterday.

At the same time, people were encouraged to be vigilant and report unsafe or suspicious behaviour to the relevant authorities.

“Not only are we seeing an increase in individuals lighting fires, they are not being extinguished correctly putting the entire community at risk of bushfire,” CFA assistant chief officer Trevor Owen said.

“Unfortunately, it seems to be a case of ignorance. These individuals are simply not aware of the risk they are posing.”

The joint campaign was launched yesterday by the CFA, Victoria Police and Crime Stoppers.

“Both recklessly and deliberately-lit fires are considered arson by law,” Ms Reid said.

“Whether it’s a barbecue on a total fire ban day, or whether you’re grinding or welding and there’s a spark – reckless bushfire arson can still result in the same tragic consequences as deliberate arson.”

Victoria Police Superintendent Simon Humphrey said those found guilty of causing a bushfire could face up to 15 years behind bars or $36,000 in fines.

“It’s up to everyone to know the fire rules for their local area, or the areas they’re travelling to and to be mindful of their own actions and the behaviour of the people around them,” Superintendent Humphrey said.

“If you know of anyone engaging in reckless fire behaviour, or have any information about reckless or deliberately lit fires, we urge you to call 000 in an emergency or make a report to Crime Stoppers Victoria confidentially.”

Anyone who knows something about reckless or deliberate bushfire arson, can phone Crime Stoppers anonymously on 1800 333 000.