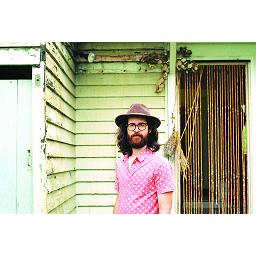 Boolarra will celebrate its local gathering space as part of the Festival of Small Halls, hosting independent folk musicians who are winding their way across the country on a regional tour.

Canadian folk trio The Once will be supported by Melbourne-based songwriter John Flanagan, touring in partnership with the Port Fairy Folk Festival and the National Folk Festival.

Local organiser Kate Murphy invited the tour to swing by Boolarra, as she said the community hall would be an “ideal” venue.

She said the tour would bring a touch of the Melbourne live music scene to the community while taking advantage of local facilities.

“Boolarra is a great community interested in folk music with the folk festival in March, I thought the community would benefit from top quality music,” Ms Murphy said.

“Locals can enjoy their local hall with professional musicians, and it will bring people together so they won’t have to travel to Melbourne see live music.”

The Once lead singer Geraldine Hollett said the band was made up of small town folk and they were looking forward to getting off the beaten track.

“We have adventured far and wide. We have gotten to witness the joy of the big stages in Australia. But the small towns, those are different kinds of places,” Ms Hollett said.

“The small towns are where dreams begin their flourish, where people are real, kind, honest, protective and complicated and imperfectly perfect.”

John Flanagan performed at the Yinnar Hotel last year alongside the Strzelecki Stringbusters.

Mr Flanagan plays narrative-rich contemporary themed bluegrass, and his rich vocals have been compared to US singer James Taylor.

The Festival of Small Halls will be at the Boolarra Memorial Hall on March 28.

Limited tickets are available at festivalofsmallhalls.com, or can be purchased from the Boolarra or Yinnar general stores.