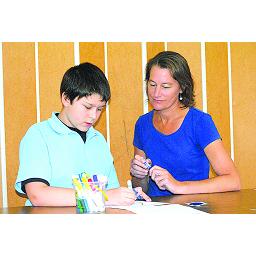 Parents of children enrolled at Latrobe Special Developmental School have again voiced concerns about a possible co-location with Traralgon College months after their last meeting with the Victorian Building Authority.

Latrobe SDS school councillor Leesa Lawrence said the results of the October consultation meeting between the school and VCBA provided little assurance that the parents’ hopes for a stand-alone facility would be considered.

She said parents were told the VCBA would make a report after gathering all information from the meeting and present it to the state government for a decision.

“We’re apprehensive about the outcome that they’re going to announce something and told what we have to do and not given a say,” she said.

Mrs Lawrence said it was unfortunate that the issue of upgrading the facilities at the special developmental school had become a “political issue”.

“It’s a terrible thing but building a special developmental school has become a political fight [and] our kids are in the middle,” she said.

The state government last year announced a $6 million upgrade for Latrobe SDS and Traralgon College but has not made a formal claim about the distribution of the funding between the two schools.

The VCBA earlier removed a reference to the project that used the Grey Street’s address for both schools on its website.

“I believe she’ll do what’s best for the kids,” she said.

Mrs Lawrence said a petition launched by the parents last year to support a stand-alone facility was still gathering signatures of support.