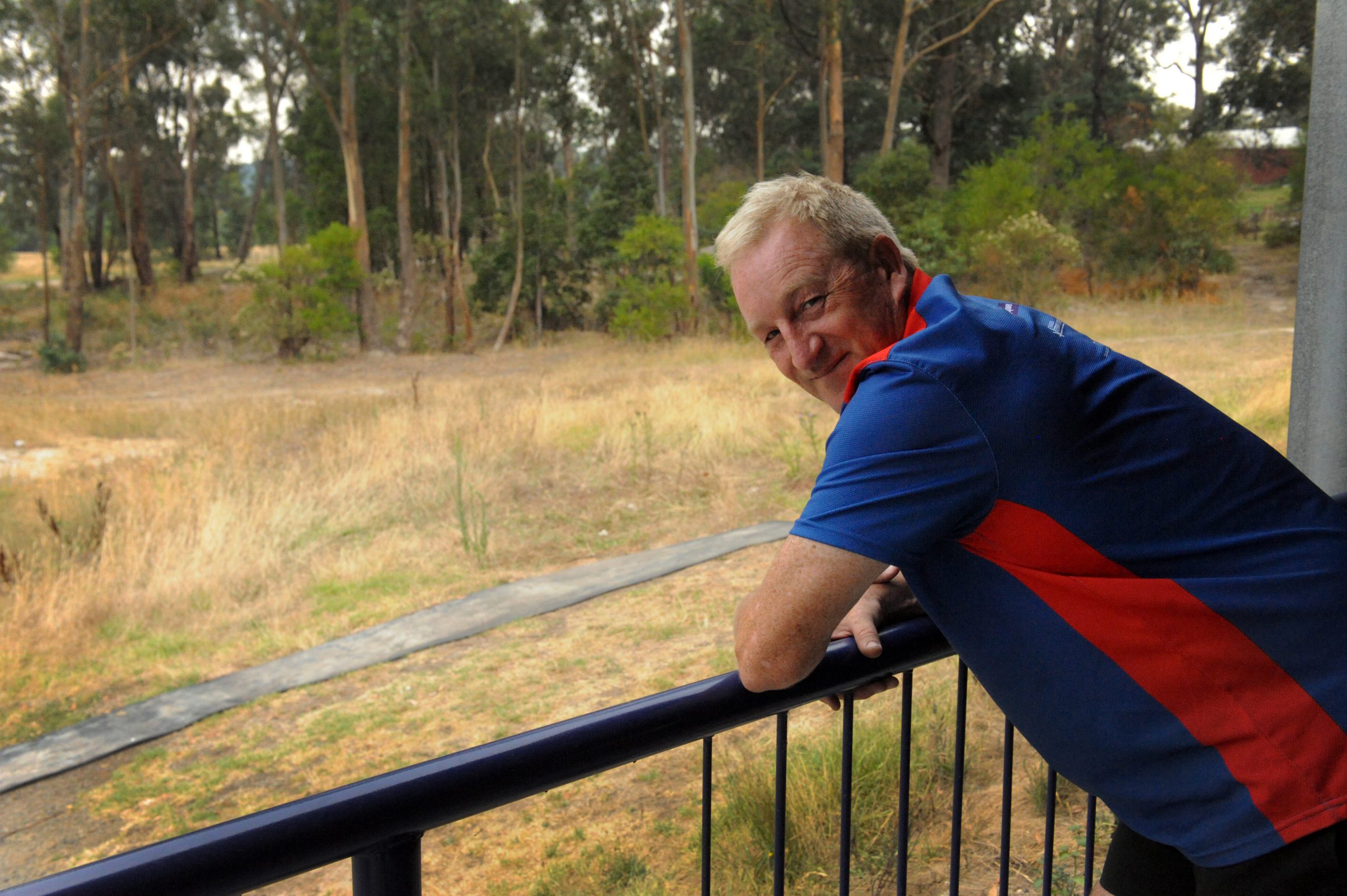 Eleven trees border the cricket ground at Callignee, green and lush despite the searing summer heat, 10 years after they were planted as a tribute to the 11 lives lost in the Black Saturday fires.

Callignee and Traralgon South Cricket Club (CATS) president Peter Duncan recalled the Black Saturday fires, which tore through the township and the club’s Callignee headquarters, leaving nothing in their wake except a small scorer’s hut.

“Everything else around it was just gone. Charcoal. This hut with a plastic skylight on it – completely in tact. It was just weird. It was the most eerie thing,” Mr Duncan said.

“That scorer’s shed ended up being used by the CFA as their quarters during the clean-up.”

CATS’ Traralgon South clubrooms became a hub for the community in the aftermath of Black Saturday, doubling as a dining hall and a refuge for the homeless and those impacted by the fires.

“After the fires went through every Friday for about six months the club put on meals here for about 120 people,” Mr Duncan said.

“It was full of people that had no houses. The badminton courts were full of clothing, bedding, all sorts of bits and pieces for people who had nothing.”

Mr Duncan, who was in the CFA in Cann River as an 18-year-old during Ash Wednesday and now lives on a property in Hazelwood North, described being overcome by an “eerie” sense of deja vu on February 7, 2009.

“I was in a fire truck, driving through the bush and everything was alight. The trees were just going up like matchsticks,” he said.

“On Black Saturday it missed our place by about a kilometre. When I first saw it I thought ‘oh god, it’s heading towards Traralgon South/Callignee’, so I started ringing around.

“A lot of the CFA guys were Callignee locals, off fighting a fire in Churchill while their house was burning down here. Some people weren’t worried but others knew to get out …. but to lose people like that is the most horrible thing imaginable.”

CATS will hold a commemorative dinner tonight to mark the 10-year anniversary of Black Saturday, starting with club players gathering at the entrance to the township in Traralgon South before heading to Callignee.

Mr Duncan described the people of Callignee as “uniquely resilient” and said the decision to honour Black Saturday, while “difficult”, was “really, really important”.

“A lot of the older farmers … didn’t know each other before the fires and they’re very isolated, but they all got to know each other here by coming to the weekly dinners,” he said.

“For me, that’s the thing, that right up until now a lot of them still come down on a Thursday night and sit here and have a few drinks.