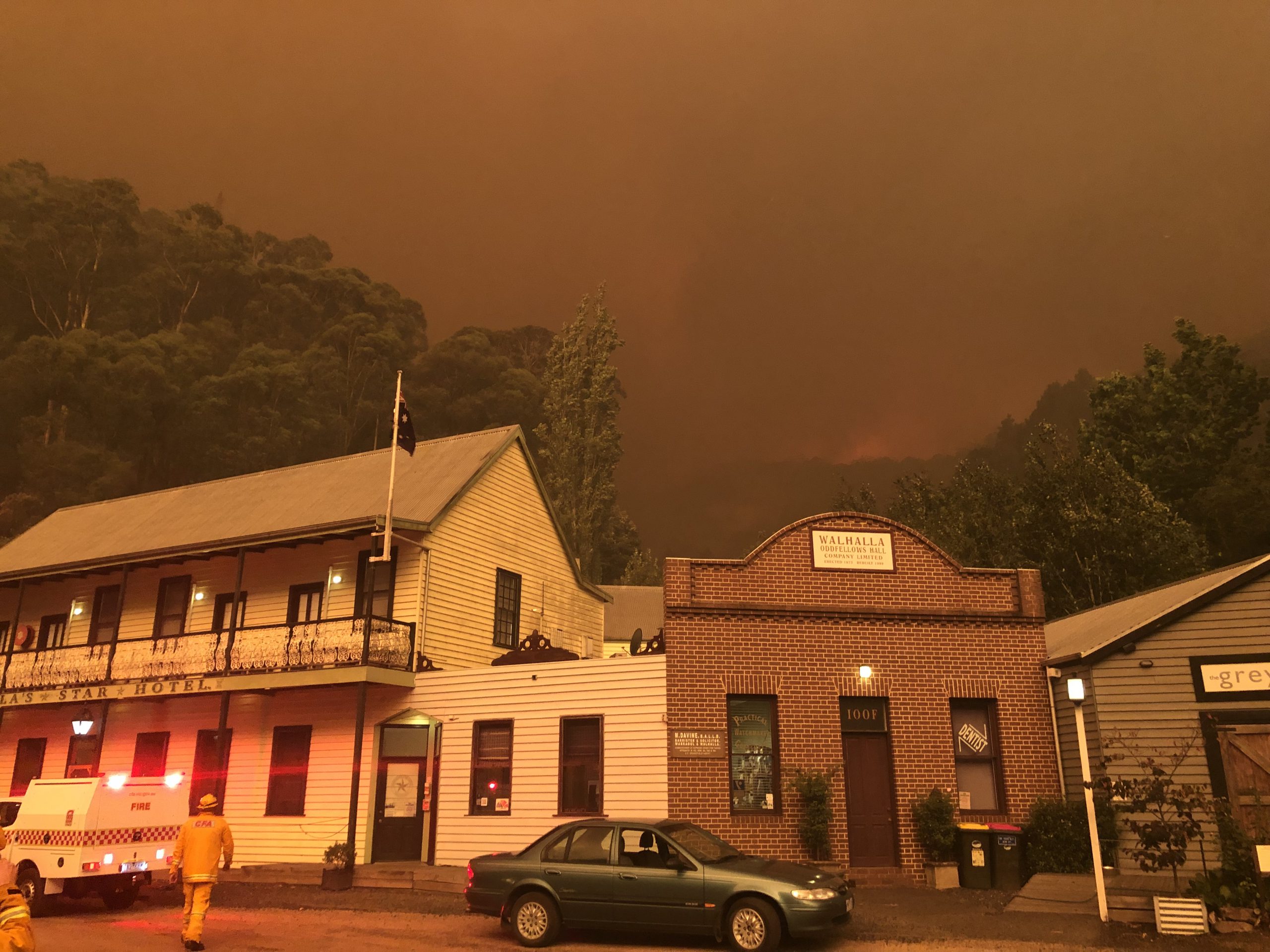 Fire crews across Gippsland are continuing to strengthen containment lines and issue smoke warnings after a weekend of fires and soaring temperatures.

Walhalla residents and visitors were warned to leave the area on Sunday when a fire that had been sparked by lightning a week ago ran from 400 to 8500 hectares on Sunday afternoon.

Four buildings were lost around Maiden Town and Long Gully to the north of Walhalla, including a 130-year-old miner’s cottage.

Gippsland regional controller Ray Jasper praised firefighters and the community on what he described as a “challenging day”.

“We really want to praise the community for the action they took in going to relief centres and getting out of the area in a very dynamic fire situation,” Mr Jasper said.

“We want to get the community back to normality and want them to be aware and be vigilant as it’s very dry out there, it won’t take much wind or temperature to make these fires run again.”

A handful of people sought shelter in an emergency relief centre set up by Latrobe City Council and Baw Baw Shire in Moe.

He said firefighters continued strengthening the perimeter of a 6500 hectare fire licking at the edge of the Thomson Dam, and a fire at Tanjil was also contained on Monday.

“The issue for the Thomson will be when we get some rain and the run off and sediment and how we manage this into the future. But I emphasise Gippsland’s water supply is safe,” he said.

Mr Jasper urged locals whose rainwater tanks were contaminated by ash to contact their local council.

Walhalla’s Star Hotel owner and Baw Baw Shire councillor Michael Leaney said fires came within 70 metres of the hotel on Sunday but the town was quiet on Monday and Tuesday.

Mr Leaney said the fire-front created its own weather pattern raining ash and mud over town.

“At 7pm it was like midnight, the smoke was that thick, the fire began in the valley with ember and spot attacks in numerous places all at once,” Mr Leaney said.

“I’ve been here for 20 years and I’ve been through six fires, but I’ve seen nothing like this. My heart was absolutely racing, it was a full-on experience.”