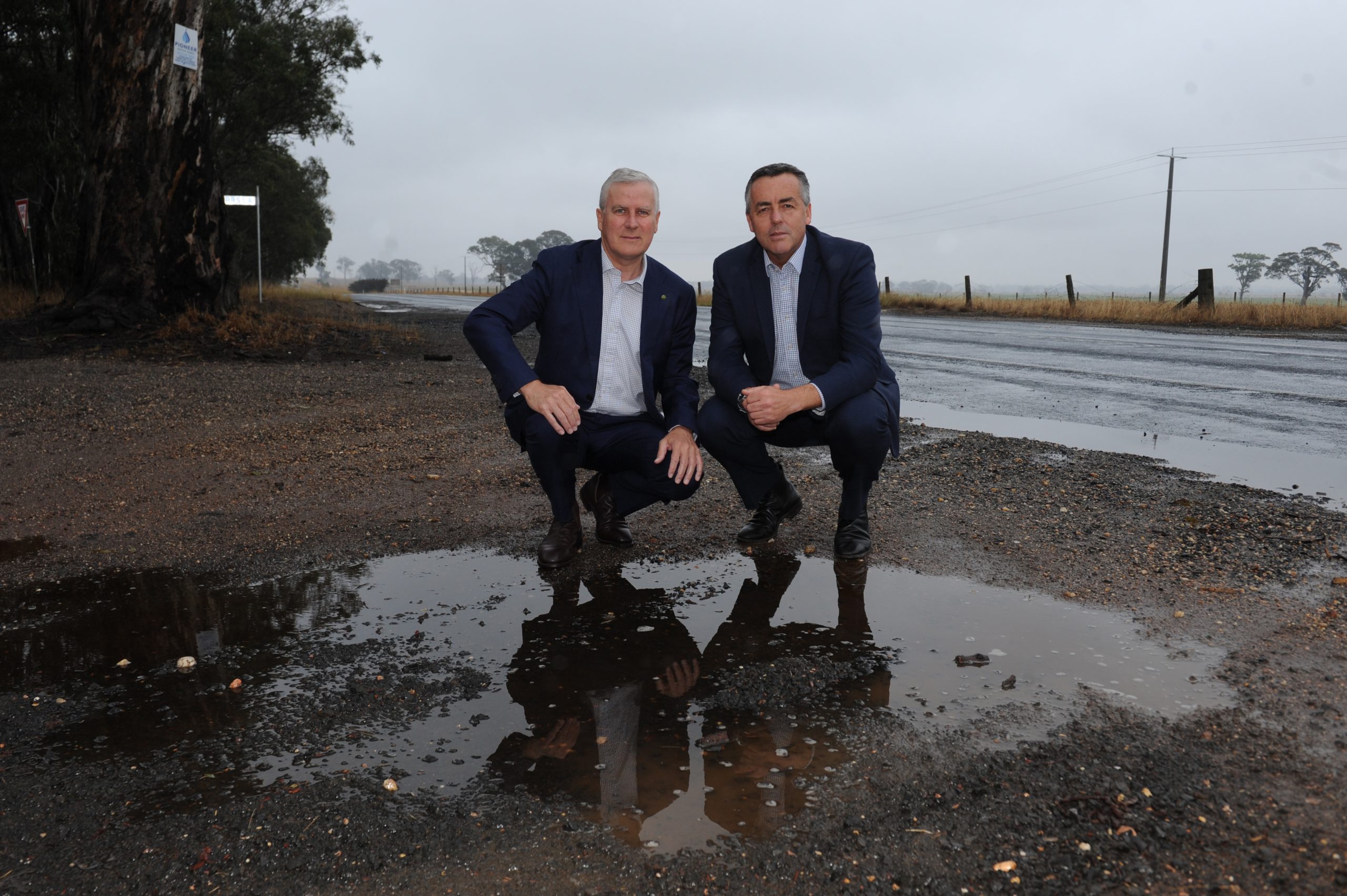 Deputy Prime Minister Michael McCormack has added his voice to the push for the state government to fund the final 20 per cent of the Princes Highway duplication between Traralgon and Sale.

Mr McCormack was in the Latrobe Valley yesterday on a regional tour with Member for Gippsland Darren Chester, talking with local governments about key infrastructure priorities.

“We need to get the job done now. The state government needs to stump up and come to the party and finish the job,” Mr McCormack said.

“We know how important this will be to reduce accidents, save lives and increase and enhance freight tasks.”

Both Nationals MPs were urging the Victorian government to allocate $33 million after the Commonwealth provided $182 million towards the project.

“The Princes Highway should be just as important as any road project in the middle of Melbourne. We’ve provided 80 per cent of the funding. Now it’s up to the state government to put up 20 per cent,” Mr McCormack said.

“The duplication of this road will deliver jobs and it means people are busy, it creates jobs in and around towns and creates hope.”

The deputy Prime Minister said he had met with Latrobe City Council to hear about infrastructure proposals including a motor complex and events centre for the region.

“These are good proposals. It needs a business case – we will look at that. The impact of the Hazelwood closure has taken a huge toll on the community,” he said.

“These areas are great at reinventing themselves, but it’s hard to reinvent yourself when you’ve lost so many jobs and to then regenerate into something else from that is pretty difficult.”

Mr Chester described the highway duplication as a “number one infrastructure priority” and said it was “economic madness” for the state government to not come up with the final funding.

However, Mr Chester also acknowledged the road fell under state government responsibility and the federal government could not start the project.

“It’s important to note that the state government owns the road and is responsible for the design and construction process,” Mr Chester said.

“The federal government has no capacity to start the project unless the state government puts the money on the table. We simply can’t do it, we don’t own the asset.

“There’s no question that the state government has the capacity to fund it, they just need to find the political will to do it.”

Victorian Minister for Transport Infrastructure Jacinta Allan said she would consider a proposal for next stage of the project as it completed the current stage.

“We won’t be lectured by the Morrison minority government on infrastructure funding – when Victoria still doesn’t receive it’s fair share,” she said.

“Whether it’s the Gippsland line upgrade or record investment in country roads, locals know it’s the Labor Government that gets things done.”