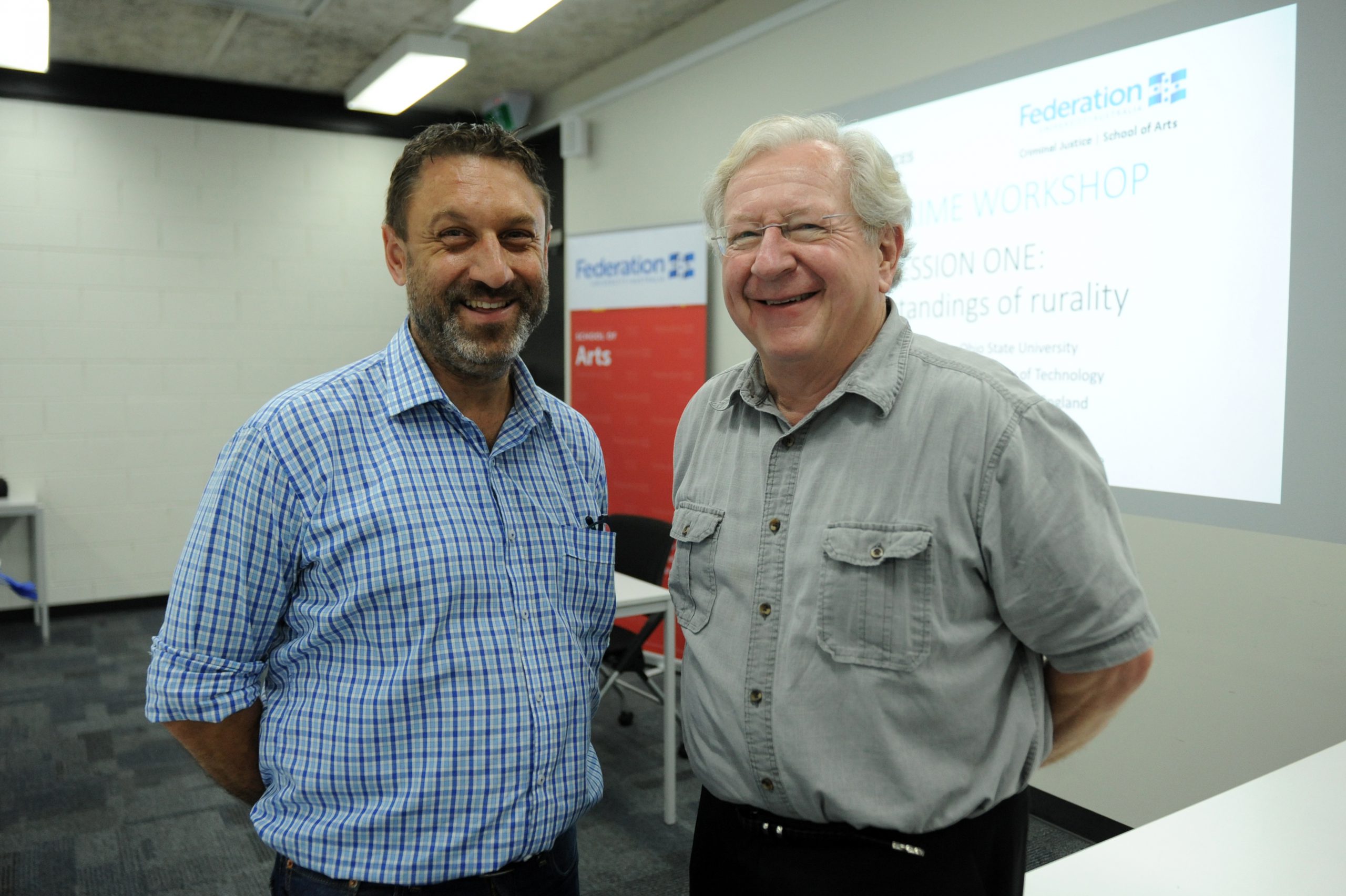 More than 20 scholars from across the country and beyond gathered in Churchill last week to discuss ways to convince policy makers that rural crime is a serious issue.

The two-day conference, hosted by Federation University’s Gippsland campus, aimed to demystify perceptions that crime was predominantly an “urban phenomenon” and to better understand the social issues and challenges unique to combating crime in regional and rural areas.

“The crime statistics are grossly out of whack,” Dr Harkness said.

“The dark figure of crime, the crime that we know is happening, is not being accurately recorded. And that is one of the big challenges.”

Dr Harkness said anonymous studies had revealed 50 per cent of farmers who said they had been victimised by rural crime had also never reported the crime to police,

This trend could occur for a number reasons, Dr Harkness said, including the offender being known to the farmer, the farmer feeling as if police would not take their complaint seriously, or the incident taking place some time ago and the farmer having no evidence.

“One of the big challenges we have at the moment is not only convincing government, police command and other justice agencies that rural crime is a reality,” he said.

“In terms of my own research on farm crime, one thing we need to actively consider is implementing a model that they have in New South Wales and Queensland – there is a dedicated rural crime investigating squad.”

“There are smarter and better ways of doing it – these models are tried and true and the problem hinges of a lack of reporting.”

The conference was headlined by leading rural criminology scholar Professor Joseph Donnermeyer from Ohio State University, who pioneered research in this area and founded the International Journal of Rural Criminology.

Despite many differences between Australia and the United States, Professor Donnermeyer said the two countries faced similar challenges in terms of rural crime.

“I would describe the big three crime issues in rural America as violence against women, drug use and farm crime,” he said.

“If you come to Australia, those are going to be at least in the top five.

“By uniting and networking with rural scholars, you’re also integrating the literature, the research, what everyone is finding and so there is a double purpose to it and that is what the purpose of this workshop is … to bring people together from multiple disciplines that are working on issues of rural crime and we get to talk to each other face-to-face.”

The conference covered topics including crime against animals, the media portrayal of the ice epidemic in regional towns, how where you live can shape attitudes about crime and punishment, and the impact of sea-changers on rural and regional towns.