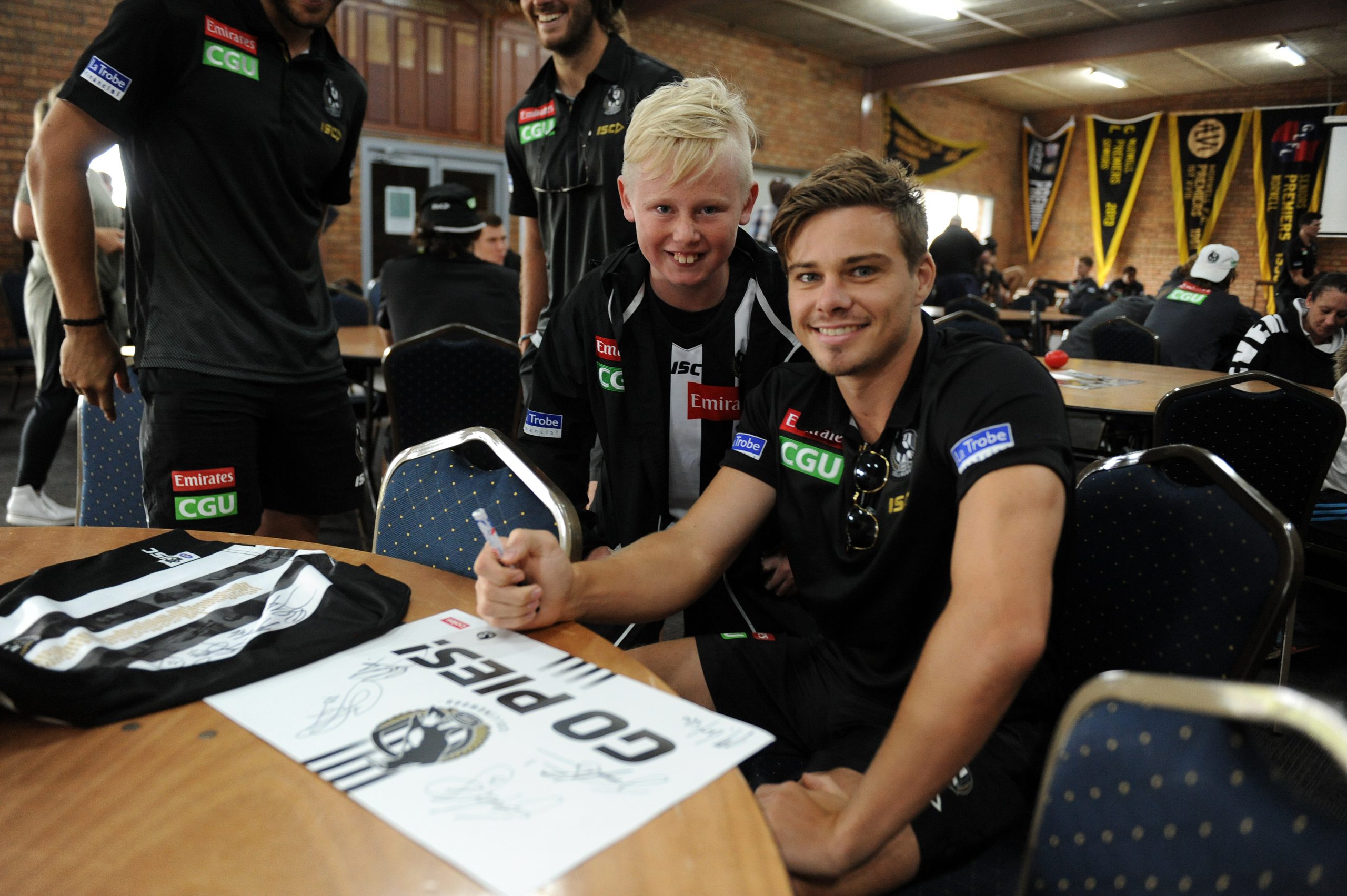 While inclement weather prevented some outdoor activities from taking place, the rain couldn’t dampen the smiles of young Collingwood fans as the Magpies swooped into Morwell on Tuesday. The session was hosted by Reclink, an organisation that runs programs to engage young people not involved in mainstream sport.

Taking the Reclink participants under their wings, the Magpies visited Morwell Recreation Reserve for an afternoon of AFL 9s, however, weather forced the players indoors.

Reclink sports coordinator Peter Linton said the players were “very generous with their time” and “spent a lot of time talking to the guys that came down”.

“We were rapt with the contribution they made,” he said.

“We were in the social rooms at Morwell, so the roof was a bit low [for activities] but it was great – the people there loved mingling with the Collingwood players and there was a heap of them there.”

Reclink is a not-for-profit organisation that aims to “include the un-included” – in the long term, the organisation is aiming to establish a Reclink footy team from the Latrobe Valley to compete against similar sides in the south-east Melbourne league.

On the off-season, the organisation will run a number of other sports for Reclink participants including swimming, barefoot lawn bowls tennis and more

“It is all free and we provide a barbecue lunch every week,” Mr Linton said.

“It is open to boys and girls of all abilities, to provide a sporting environment for guys that are currently uninvolved in mainstream sport.”