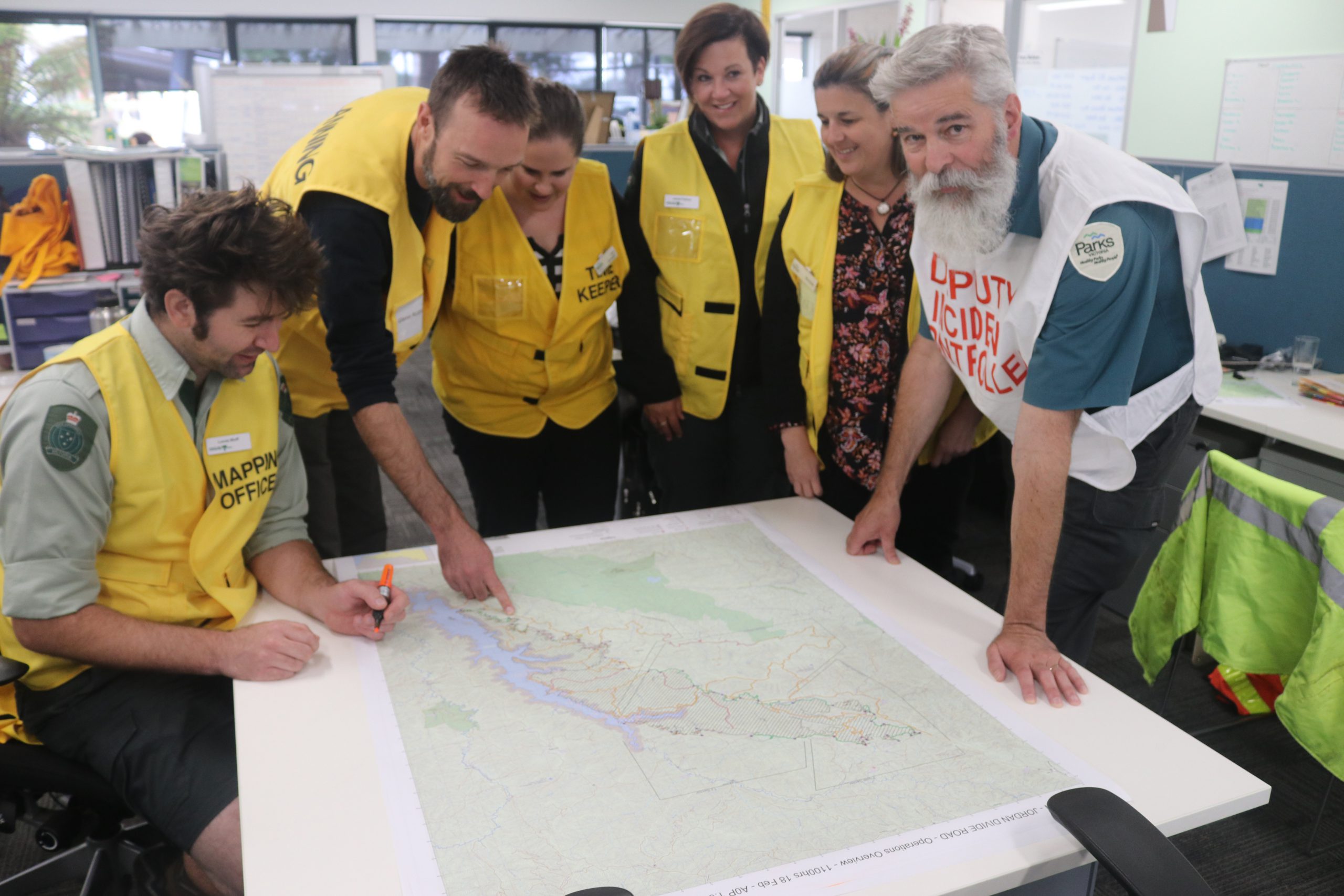 Firefighters reached a significant milestone on Monday evening when the Walhalla-Stoney Creek Road fire that had been burning for about three weeks was listed as contained.

The fire which had licked at the Walhalla township and burnt down a 130-year-old miner’s cottage was started by lightning strike before burning more than 8700 hectares.

Another 8000-hectare fire along the Thomson Dam was also contained on Monday after it began almost a month ago, meaning neither of the fires should spread any further.

More than 400 crew members are based at an Incident Control Centre in Rawson, with 350 on-ground firefighters working seven-day rotational shifts.

A chain of command is established to ensure everything ticks over smoothly, topographical maps line most wall spaces and staff include safety officers and a catering coordinator.

Incident controller Peter West warned that although weather conditions had been benign over the past few days, smouldering material could get going again in another hot spell.

“In the immediate sense we are winning but we can’t be complacent as it’s still February with a fair amount of summer to go and we still have a fair amount of people working here in the next few weeks,” he said.

Roads leading north of Walhalla were still closed this week while crew were removing dangerous trees and hazards.

Active fire aircraft were still buzzing over Walhalla and smoke warning signs were still up around local roads.

Mr West said the sheer size of the fire, steep terrain and dense bush had made firefighting difficult, and some firefighters had gone in on foot because of a lack of vehicle access.

He said firefighters had been working around about 100 kilometres of perimeter, blacking out thousands of burning trees and logs.

“Sometimes a bit of rain can make it slippery and crews are being told to take it easy going into the fire ground,” Mr West said.

“Firefighters are saying it’s difficult and hard work with fatigue issues. People are dealing with strains and accidents. But morale is good, they understand it’s not a quick fix.”

He said they have had a few minor injuries come in and a couple of vehicle incidents but nothing major.

Mr West said it was the third time Walhalla had been directly threatened in the past 10 years and with a number of major fires in the region starting in the vast bush in the north.