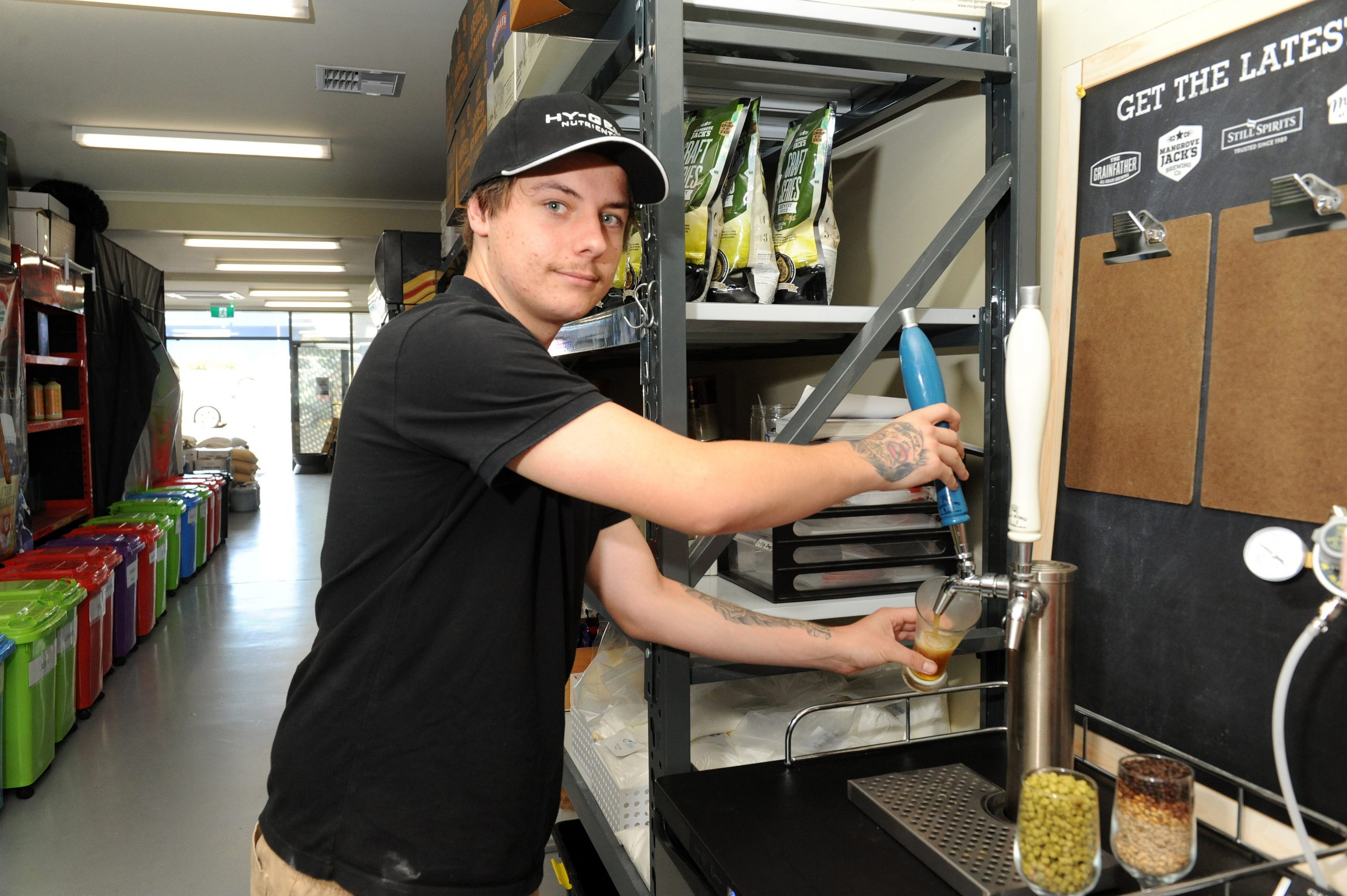 Latrobe Valley homebrewers are being invited to show off their artisanal skills in a competition to find the district’s best beer.

Traralgon business Valley Hydroponics and Home Brew is hosting the beer brewing contest on the back of last year’s event which attracted about 60 entrants.

Business owner Michelle Musgrave said home brewing was booming in the Latrobe Valley as participation rates had doubled in the past 12 months with brewers from all walks of life.

“I think people are sick of generic, mass-produced beers. People want to make their own twist on things and experiment and tweak flavours to how they like it,” she said.

“People like to do it from scratch. It appeals to people’s creativity and it is an art form that people can create in their own sheds at home.”

The judging panel will be made up of last year’s winners who will be looking for beers that match their type – overall flavour, appearance and aroma.

“People have been brewing beer for thousands of years. You start something and then see the result – it’s a passion for chasing that flavour and doing it yourself,” Ms Musgrave said.

“Customers take pride in what they create and they love bringing in their beers to show us. It’s become a big community.”

Shop manager Nathan Barrett said the key to the perfect brew was to ensure a high level of cleanliness and top-notch water quality, followed by recipe and technique.

“Things like chlorine will affect the flavours. You need the right pH levels. If your equipment is not clean it can get an infection and the brew will go off,” Mr Barrett said.

“You can have the best brew in the world but the flavours will not come through if you don’t have the right pH in the water.”

The Beer Brewing Contest and Hydro Expo will be held at Valley Hydroponics and Home Brew on Saturday, March 23.