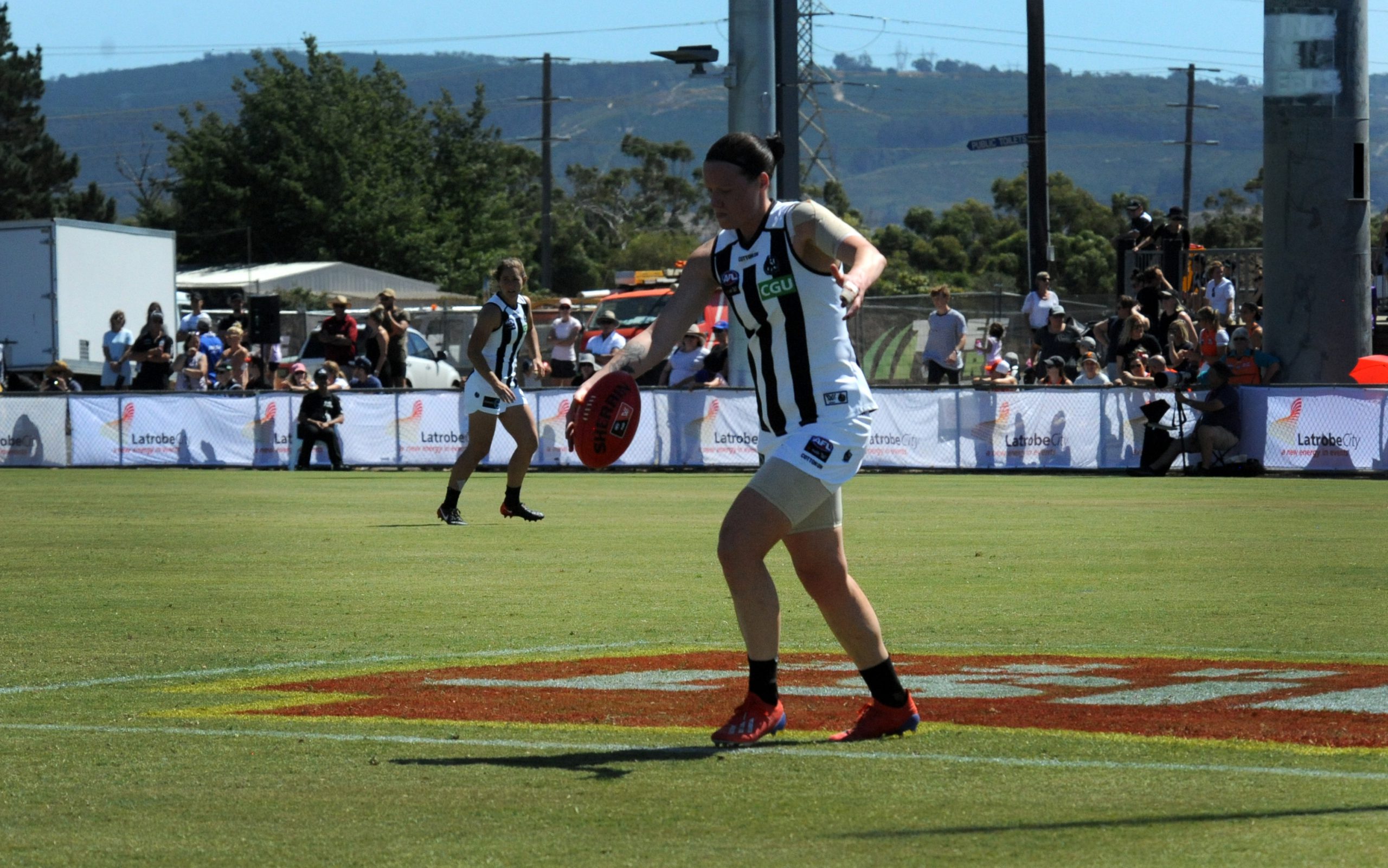 A four-goal-to-none opening term helped Greater Western Sydney leave Collingwood in their wake as the only winless side in the AFLW’s Conference B the at Morwell Recreation Reserve yesterday, 5.6 (36) to 4.3 (27).

Kicking with the aid of a south-westerly breeze in the last quarter that swept the ground all day, the Magpies made a last-ditch effort with two goals to none but the 23-point deficit proved a bridge too far.

It took the Giants less than a minute to hit the scoreboard for their first major, courtesy of quick-thinking Tait Mackrill with the aid of the wing, and they struck again two minutes later when Louise Stephenson bagged her first in the orange.

The Magpies were left reeling when Jess Dal Pos made it three and Irish product Cora Staunton nailed a set shot to make it four with six minutes still to play in the opening quarter.

Collingwood scored their first major of the day after the first break through Sarah Dargan while the other two contributors for the day were Jordan Membrey – who kicked two on debut for the Pies – and Maddie Shevlin.

Jaimee Lambert, with 20 disposals, was the major ball-winner for the Magpies while former teammate and Giants midfielder Alicia Eva (22 possessions) was key to her side’s first win of the 2019 season.

Rebecca Beeson racked up 22 touches for the Giants in the win, Staunton finished six tackles and 14 possessions and Courtney Gum also amassed 17 disposals in the win.

With just one win on the board, GWS move within a game of the top of Conference B leaders Brisbane and Geelong.